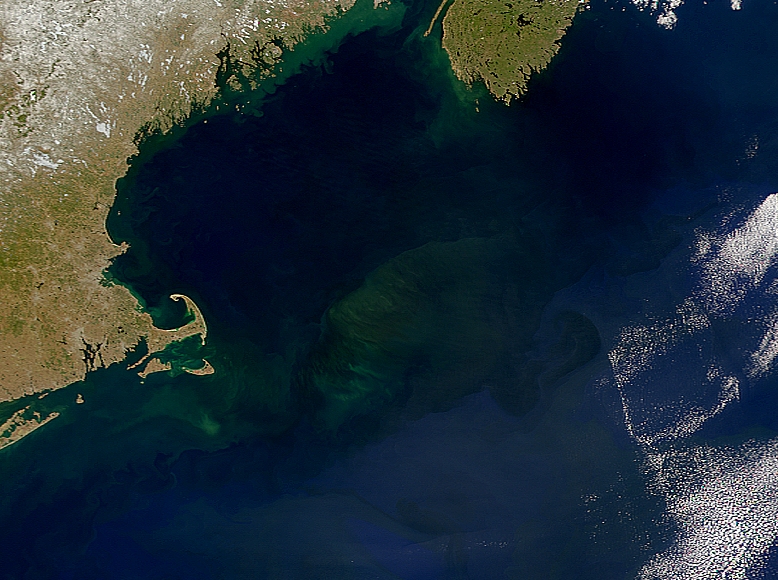 Georges Bank is a large submarine bank (250 km by 150 km) at the edge of the Atlantic continental shelf between Cape Cod and Nova Scotia. Typical water depths are 50-80 m, but in some areas the water shoals to 10 m and less.

Currents
Georges Bank is within the Bay of Fundy-Gulf of Maine tidal system, and strong oscillatory tidal currents, typically 80-100 cm/s (1.6-2.0 knots), pass across the top of the bank, keeping the water column there well mixed even in summer. The average currents follow the contours of the bank, however, forming a clockwise gyre (i.e. a large, surface ocean current), and water on top of the bank remains there on average for several months during the summer.

Productivity
Georges Bank is one of the most biologically productive regions in the world's oceans, largely owing to the tidal mixing, which brings to the surface a continuous supply of nutrients. The combination of high primary productivity and prolonged residence of the water leads to the buildup of high concentrations of plankton on the bank. As a result, Georges Bank has sustained large stocks of fish, such as herring, haddock and cod, as well as scallops.

Fishery
Georges Bank has traditionally been fished by Canadian and American fishermen; properly managed, Georges Bank can sustain estimated annual fishery yields of about 420 000 t. In the 1960s and 1970s it was severely overfished by distant trawling fleets, primarily from the former Soviet Union and Poland. The Georges Bank herring, one of the world's largest herring stocks, with a biomass of approximately one million tonnes, virtually disappeared during this period.

A boundary decision in October 1984 by the International Court at The Hague allocated five-sixths of the bank to the US. The easternmost sixth, awarded to Canada, is rich in groundfish and scallops.

Petroleum Exploration
Between 1976 and 1982, 10 exploratory wells were drilled on the American part of Georges Bank. However, the impact on the fisheries of exploiting these resources is not well understood. To protect the fishery, in 1988 the federal government and Nova Scotia declared a moratorium on drilling on the Canadian part until the year 2000, and subsequently, the US declared a similar moratorium on the American part.

The legislation that enacted the moratorium on the Canadian side of Georges Bank in 1988 also called for a joint Canada/Province of Nova Scotia Public Review Panel to be established and to make its recommendation to the 2 levels of government prior to the termination date of the moratorium in 2000. The panel recommended extending the moratorium to 31 December 2012. This decision resulted in both the United States and Canadian portions of Georges Bank being subject to a ban on petroleum-related activities.

In 2010, the US administration extended the oil and natural gas moratorium on Georges Bank to 2017 and a decision was made jointly by the Canadian and Nova Scotian governments to extend the moratorium to 31 December 2015 to allow time for more study on the impacts of petroleum activities on the lucrative Georges Bank fisheries.

While there are no outstanding leases on the US portion of the bank, the leaseholders on the entire Canadian portion of the bank continue to hold exclusive exploration rights. However, these are suspended while the moratorium remains in effect. 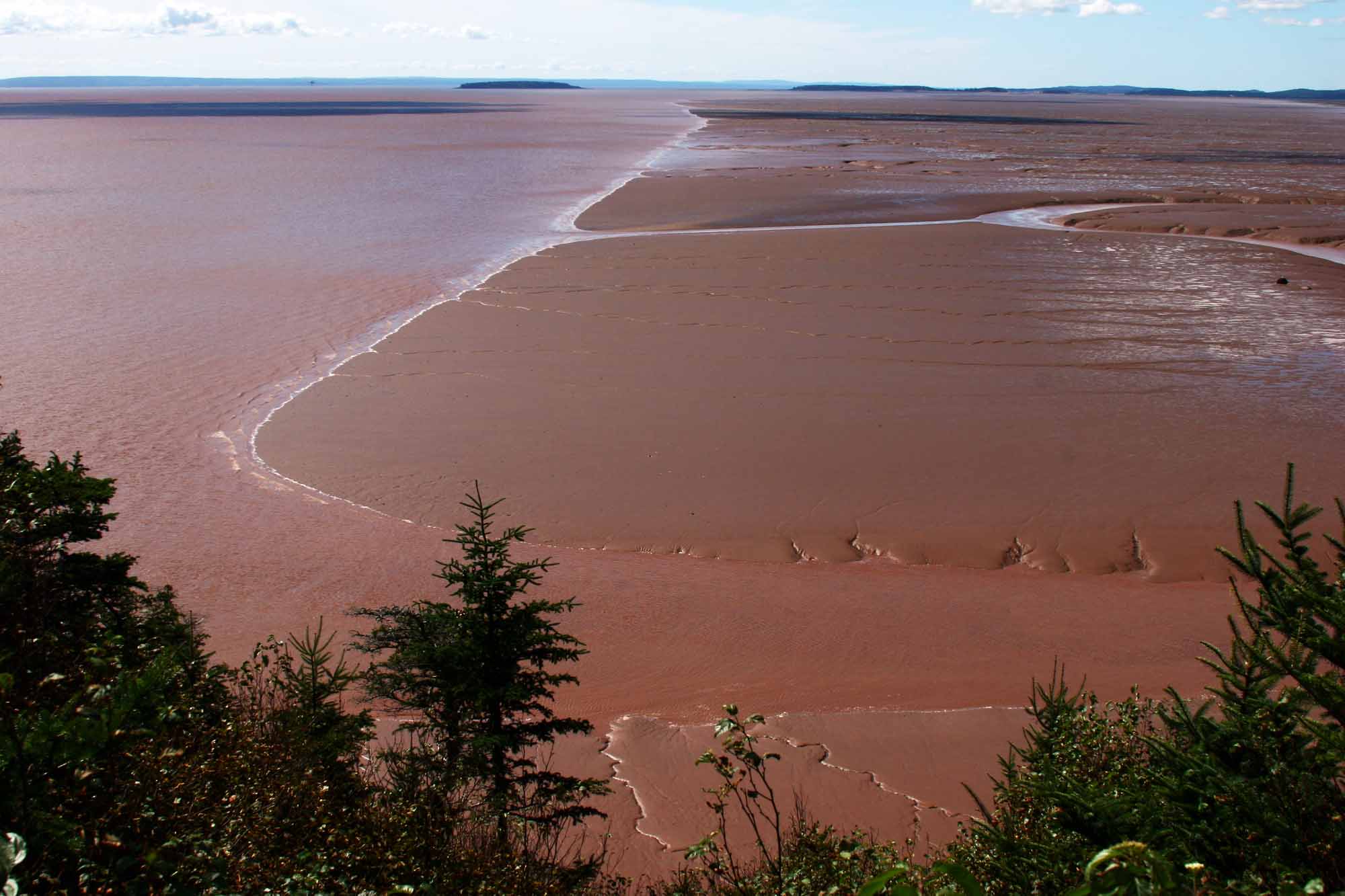