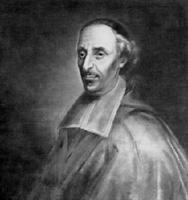 Frère Luc, Récollet, painter, architect (b Claude François at Amiens, France, May 1614; d at Paris 1685). He studied in Paris and Rome, received the title "king's painter" for his work in decorating the Louvre (1640-42), joined the Récollets (1644) as Frère Luc, and worked in New France from August 1670 to October 1671. He designed the chapel for the rebuilt Récollet monastery in Québec City, now the oldest chapel in Canada and part of Hôpital-Général, and a wing of the SÉMINAIRE DE QUÉBEC (1677-78).

Since works of art were generally imported from France at this time, he was most influential through his paintings for local churches, both during his sojourn in the colony and after his return to France. The Assomption de la Vièrge, which he painted in 1671 for the retable of the Récollet chapel, is his best-known work. He has been credited with a few portraits, including ones of Jean TALON and Bishop LAVAL, and the churches of Ste-Anne-de-Beaupré and of St-Philippe (Trois-Rivières) possess his colourful if sentimental VOTIVE PAINTINGS. Most accomplished paintings of the period have variously been attributed to him and, though recent research discredits many of these claims, the extent of his influence cannot be denied.