Francis Pegahmagabow was born on what is now the Shawanaga First Nation reserve (of the larger Anishinabek nation) in Nobel, Ontario, on the shores of Parry Sound (see Reserves in Ontario). When Francis was about three years old, his father, Michael Pegahmagabow, passed away after battling an unknown but severe illness. Francis’ mother, Mary Contin, had also become ill from the same sickness. After her husband’s death, Mary returned to her home of Henvey Inlet First Nation, located on the northern shores of Georgian Bay. Francis was left to be raised by Noah Nebimanyquod, the same man who had raised Francis’ father after the deaths of his parents.

Growing up in Shawanaga, Francis was raised according to the cultural customs and traditions of the Anishinaabe ( Ojibwe). He was taught to hunt and fish and was also introduced to traditional medicine by his foster mother. Francis practised a combination of Roman Catholicism and Anishinaabe spirituality (see Religion and Spirituality of Indigenous Peoples in Canada). Shawanaga elder Solomon Pawis claimed that while Francis was not very healthy during his early childhood, he soon grew up to become a physically and emotionally strong young man.

At the age of 12, Francis started working at the local lumber camps and fishing stations. In 1911, at the age of 21, Francis decided that he wanted to complete his public-school education. After the band council refused to help him pay for room and board while he attended classes, Francis enlisted the help of the Parry Sound Crown attorney, Walter Lockwood Haight. In January 1912, Francis received the financial aid he sought and began attending school. He did well in his studies and learned how to play and read music.

In the summer of 1912, Francis worked as a marine fireman for the Department of Marine and Fisheries on the Great Lakes. He contracted typhoid fever in 1913, but was nursed back to health by the Sisters of St. Joseph in Parry Sound.

At the start of the First World War in 1914, the Canadian government discouraged Indigenous peoples and excluded many other ethnic minorities in Canada from military service. By 1916, however, as casualties rose overseas and the Canadian Expeditionary Force became increasingly desperate for volunteers, Indigenous soldiers (particularly Treaty Indians like Francis Pegahmagabow) were encouraged to enlist. Despite the obstacles in his path, Francis was determined to volunteer for the army. Almost immediately after war was declared in August 1914, he went to the recruitment office, where he was judged physically fit for overseas service. Francis was one of the first to sign on with the 23rd Regiment (Northern Pioneers) overseas contingent in August 1914. When he signed his Attestation Paper (all soldiers had to fill out forms stating their date and place of birth, weight, occupation, etc.) at Valcartier Camp on 15 September 1914, Francis indicated his occupation as “Fireman” and added “None” under next-of-kin. Francis also indicated his year of birth as 1891, although provincial commemorative plaques and some historical sources place his year of birth as 1889. Francis was one of the first of more than 4000 Indigenous soldiers to volunteer for overseas service in the war.

Within weeks of volunteering, Francis became one of the original members of the 1st Canadian Infantry Battalion. Francis sailed to England in October 1914 aboard the SS Laurentic, one of 30 ships that carried 30,617 Canadian soldiers to England. After a few months of training on Salisbury Plain, Francis and his regiment were sent to France in February 1915, along with the rest of the approximately 20,000-strong 1st Canadian Division (see Canadian Expeditionary Force).

Known as “Peggy” to his fellow soldiers, Francis was engaged in fierce fighting at the Second Battle of Ypres in April 1915, where the Germans used chlorine gas (see Canada and Gas Warfare) for the first time. Francis survived, but the 1st Battalion lost nearly half of its strength in just three days of fighting. After his service at Ypres, Francis was promoted to lance corporal in 1915.

During the war, Francis acquired a fierce reputation among fellow soldiers as a deadly sniper; he was credited with about 378 kills. From behind the front lines, Francis slowly made his way into No Man’s Land at night, where he waited for German soldiers to arrive. It was a dangerous job, but Francis was an effective marksman and scout. Fellow soldiers recalled Francis’ strong spiritual beliefs, which they believed gave him the courage to participate in dangerous operations.

In June 1916, Francis fought at the Battle of Mount Sorrel, where he captured many German prisoners. Over the course of the war, he was credited with the capture of approximately 300 prisoners. Several months later, while fighting at the Battle of the Somme in 1916, Francis suffered a gunshot wound to the leg. Despite his injuries, Francis returned to the battlefield. He received his first Military Medal in 1916 for facing enemy fire to dispatch critical messages.

At the Battle of Passchendaele in November 1917, Francis trudged through mud and under heavy fire to help the Canadians capture the Passchendaele ridge. He won the first bar to his Military Medal during this battle. However, he developed pneumonia shortly after the end of the Passchendaele campaign (in December 1917). As a result of the pneumonia and poison gas attacks in 1917, Francis was hospitalized in England and suffered from chest pains for the rest of his life. Despite his serious injuries, he soon returned to action and received a second bar to his Military Medal following his valorous actions at the Battle of the Scarpe in August 1918.

When the war was over, Francis had become one of the most highly decorated Indigenous soldiers in Canadian military history. First awarded the Military Medal in 1916, he earned two bars for his excellence as sniper and scout in the battles of Ypres (1915), Passchendaele (1917), Amiens (1918) and Second Battle of Arras (1918, see First World War timeline). Only 38 other Canadian men received the honour of two bars. He was also awarded a 1914–15 Star, the British War Medal and the Victory Medal.

Did You Know?
Many Indigenous soldiers practiced their traditional customs and beliefs during the First World War. For example, many snipers and scouts wore moccasins in the field, as they were much quieter than army boots. Francis Pegahmagabow carried a spiritual item with him into battle, a medicine bag given to him before the war: “When I was at Rossport, on Lake Superior, in 1914, some of us landed from our vessel to gather blueberries near an Ojibwa camp. An old Indian recognized me, and gave me a tiny medicine-bag to protect me, saying I would shortly go into great danger. The bag was of skin tightly bound with a leather throng. Sometimes it seemed to be hard as a rock, at other times it appeared to contain nothing. What was really inside I do not know. I wore it in the trenches.” Pegahmagabow and some other Indigenous soldiers also chewed a dead twig in times of danger, believing that it offered protection.

Francis Pegahmagabow returned to Parry Island in 1919, where he continued to serve with the Algonquin Militia Regiment. Although he was considered a war hero, Francis returned to Canada only to face the same persecution and poverty that he had experienced before the war. Francis found his life regulated by powerful local Indian agents, who even controlled his pension.

Frustrated by the government’s treatment of Indigenous peoples and veterans, Francis became involved in local and federal politics. From 1921 to 1925, Francis was chief of the Parry Island Band, now known as Wasauksing First Nation, and a band councillor from 1933 to 1936. During this time, he sent letters to the prime minister and policy makers, demanding better treatment for Indigenous peoples. His ultimate, though unachieved goal was to have the authority of the band council overrule that of the Indian agents. In these ways, Francis was an early activist in the national Indigenous rights movement (see Indigenous People: Political Organization and Activism).

Francis Pegahmagabow’s political career was not without controversy. During his tenure as chief and band councillor, he repeatedly clashed with both Indian agents and members of his First Nation. In the summer of 1923, he tried to rally bands in the region to protest their grievances about treaty rights to the British Crown. John Daly, the Indian agent at Parry Sound, alerted the federal government of Francis’ campaigning. Francis had intense arguments with Daly and other government agents. Some members of Francis’ band also considered him difficult to work with. Some were offended and alienated by his efforts to remove non-band members and mixed-race individuals from the reserve. After an internal power struggle, Francis was ousted as chief in 1925. He ran for re-election in 1926 but failed. In hindsight, some historians believe that psychological trauma inflicted by his war experiences affected Francis’ public and private behaviour.

During the Second World War, Francis Pegahmagabow worked as a guard at a munitions plant near Nobel, Ontario, and was also a sergeant-major in the local militia. He also continued to defend Indigenous rights. As part of a national delegation in 1943, he took part in a demonstration on Parliament Hill, calling for the exemption of income tax and conscription for Indigenous peoples. In 1945, Francis served two terms as supreme chief of the Native Indian Government, an early Indigenous political organization. He was also a member of the National Indian Brotherhood, a precursor to the current Assembly of First Nations.

A husband and father of six, Francis Pegahmagabow passed away on 5 August 1952 at the age of 64. He died of a heart attack after suffering for years from badly damaged lungs.

During the First World War, Francis Pegahmagabow was awarded the Military Medal and earned two bars. He was also awarded a 1914–15 Star, the British War Medal and the Victory Medal. In 2003, the Pegahmagabow family donated Francis’ medals and chief headdress to the Canadian War Museum in Ottawa.

In 1967, Francis became a member of Canada’s Indian Hall of Fame, a display set up in Brantford, Ontario to highlight Indigenous leaders in Canadian history.

Over 90 years after his participation in the First World War, the Canadian armed forces honoured Francis with a monument at CFB Borden and named the building of the 3rd Canadian Ranger Patrol group after him in 2006.

Did You Know?
In 2020, Francis Pegahmagabow made the Bank of Canada’s short list of people under consideration to appear on a newly designed five-dollar bill.

Francis Pegahmagabow is remembered for his First World War military service and for his participation in Indigenous rights movements. During the Great War (First World War), Francis was an effective scout and sniper who helped to save the lives of many Canadian soldiers. As a chief and political activist, Francis protected the rights and traditions of his people. Survived by his children and grandchildren, Francis’ memory continues to live on. 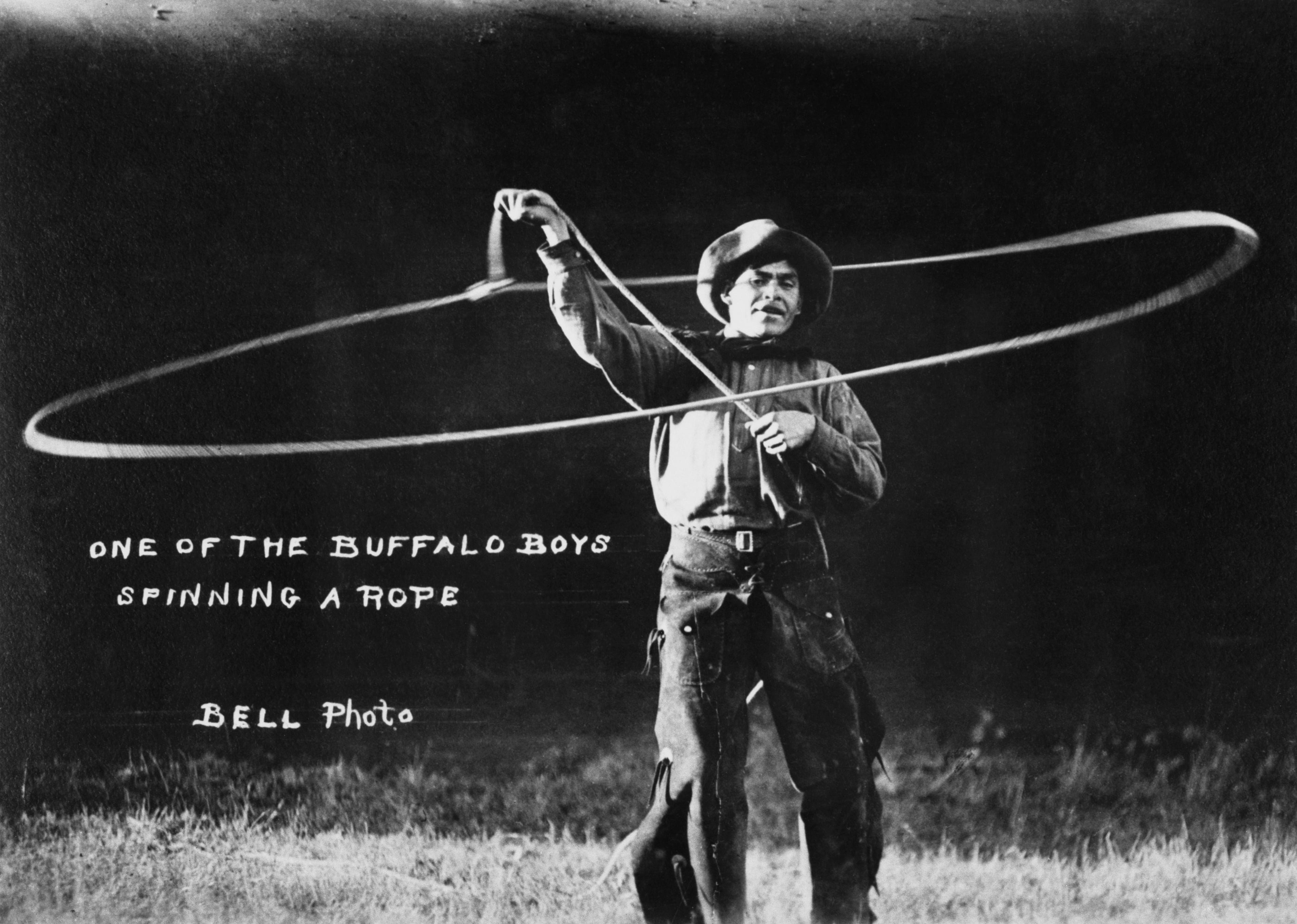