Étienne Brûlé, explorer, interpreter (b probably at Champigny-sur-Marne, France c 1592; d in Huronia c June 1633). Brûlé was the first Frenchman to live among the Indigenous people. Champlain wrote that Brûlé was sent among the He became a skilful interpreter and intermediary.

Travelling with his adopted people, Brûlé was likely the first European to see Lakes Ontario, Huron and Superior and on a mission to the Susquehannock he roamed as far as Chesapeake Bay. He was captured by the Iroquois and ritually tortured but was released, likely on a promise to promote an alliance with the French.

In 1621-22 he travelled northward and reported the rapids at Sault Ste Marie. Unfortunately Brûlé left no account of his career and reports of the missionaries were coloured by their contempt for his Indigenous lifestyle. The original coureur de bois, he was an independent, adventurous spirit.

In 1629 he deserted to the Kirke brothers when they attacked Québec. Accused of treason by Champlain, he returned to Huronia. Despite lurid speculations that he was tortured and eaten, Brûle was likely murdered for political reasons, possibly because of his dealings with the Seneca or another tribe feared by the Huron. 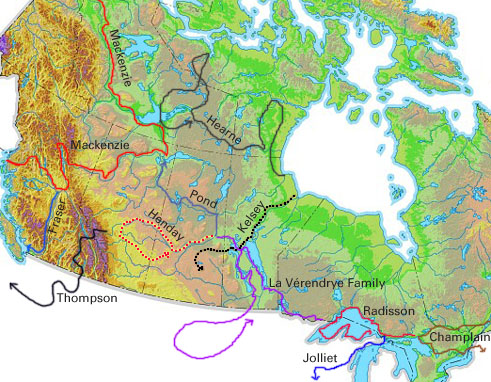