Election 1891: A Question of Loyalty 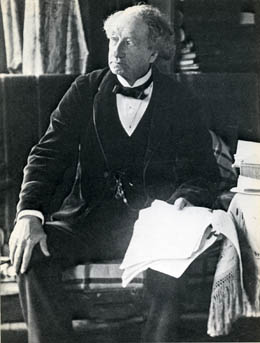 In 1891, Conservative Prime Minister Sir John A. Macdonald won his final election as prime minister — successfully campaigning on the fear, real or imagined, that the Liberal promise of "unrestricted reciprocity" with the United States would lead to American annexation of Canada.

In 1890, Liberal hounds had sniffed out the corrupt conduct of Conservative MP J.C. Rykert, who had pocketed at least $50,000 from the shady sale of timber permits in the Cypress Hills of Saskatchewan. Rykert resigned, and Liberal MP Sir Richard Cartwright, an unflagging critic of Conservative chicanery, declared the affair only "the peak below which lies a mountain…range of undiscovered, but well developed rapacity."

Things got worse for the ruling party. In May, a more dangerous scandal was unraveling. Another Conservative member, Thomas McGreevy, was accused of having accepted considerable campaign contributions and other perks in return for advancing the interests of a Québec contractor with the department of public works. The plot also implicated the minister responsible, none other than Sir Hector-Louis Langevin, a relative of McGreevy by marriage and one of Sir John A.'s closest friends — in fact a likely successor.

A cartoon in the Grip showed a storm gathering around the prime minister, with Langevin urging Macdonald to call an election before the storm strikes. It was likely these rumblings of impending scandal that made Macdonald look for reasons to dissolve Parliament early. He lived in fear that any day the fire would reach Langevin and consume the whole government.

There were other serious problems in that long and dispiriting parliamentary session of 1890, particularly the deteriorating relations with the United States. Disputes were raging over the Atlantic fisheries, sealing in the Bering Sea, and trade relations. There was even a whiff of war, as a fleet of British Royal Navy warships arrived at Esquimalt, British Columbia.

"I am a good deal discouraged as to our future," Macdonald wrote, "because our ministry is too old and too long in office." He was 75 years old, but still powerful and proud. He had outlived numerous opponents and friends including his nemesis, George Brown. But Macdonald was still a man of vision with enormous sway over his party. Should he lead the Conservatives into an election one last time? He decided that, despite the infirmities of his age, "the battle will be better fought under my guidance than under another's."

The battleground was, in fact, chosen by the Liberals when they adopted their free trade policy of "unrestricted reciprocity" with the United States. The new Liberal leader, Wilfrid Laurier, knew little about the arcane economics of tariffs, but he wanted a clear and unequivocal idea with which to fight Macdonald — the "old chieftain" — and with unrestricted reciprocity he got it. For Macdonald, such talk was nothing short of treasonous, and he was happy to do battle on the issue. 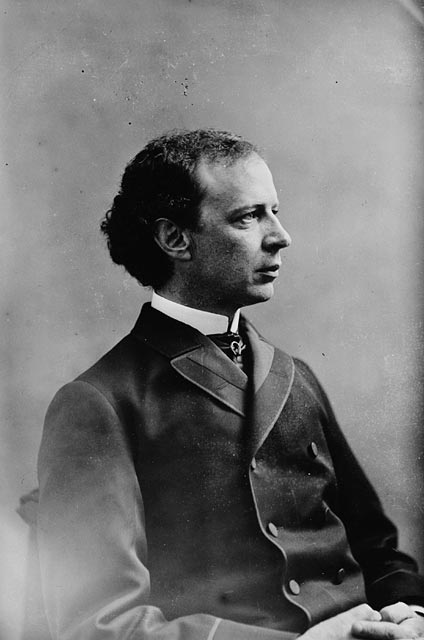 It is said that patriotism is the last refuge of a weak cause. But Macdonald's belief that American policy was to starve Canada into annexation was sincerely held. Leading American politicians talked openly of using punitive trade policies to force the assimilation of Canada and the United States under one government. Macdonald rightly considered the American secretary of state, James Blaine, to be an expansionist determined to take over Canada. "Every American statesman covets Canada," Macdonald declared. "The greed for its acquisition is still on the increase."

"A British Subject I Will Die"

The order for the election was signed on 2 February 1891. Five days later, Macdonald proclaimed in his published election manifesto: "As for myself, my course is clear. A British subject I was born — a British subject I will die. With my utmost effort, with my latest breath, will I oppose the 'veiled treason' which attempts by sordid means and mercenary proffers to lure our people from their allegiance." Macdonald brilliantly turned the Liberal economic policy into a question of national survival, reducing it to the ground of our national insecurity.

Much is made of Macdonald's declaration of loyalty to Britain, which seems alien to us, but in his day, few people in power believed that Canada could remain independent of the United States without maintaining its ties to the Empire. By "British," Macdonald really meant "Canadian," in the sense of independence from the US.

The original plan was for the elderly Macdonald to direct the campaign primarily from Toronto. But the election was closely run and he was drawn out into the open. On 17 February, at a great rally in Toronto, he revealed an ace up his sleeve. It was a half dozen press sheets from a pamphlet written by Liberal sympathizer Edward Farrer, advising Americans on how they could pressure Canada into political union. After that revelation, Laurier could only watch the old master drive the point home all along the campaign trail. But the strain broke Macdonald's health.

On 25 February, Macdonald spoke to a packed hall. He hardly remembered what he said and, ashen-faced, stumbled out of the room. The tour was stopped, and he was unable to travel again before the vote on 4 March.

The Liberals tried vainly to counter Macdonald's "campaign of shrieking [and] denunciation," in the words of Liberal newspaperman J.S. Willison. And their campaign was undermined by divisions in their own party; former leader Edward Blake opposed — and would later publicly denounce — Laurier's trade policy.

When the election returns came in, newspapers helpfully displayed them on large sheets outside their offices. The Liberals lost by 31 seats even though the party made substantial gains in Ontario, and Québec sent more Liberals than Conservatives to Ottawa for the first time since 1874.

It is doubtful that the Conservatives would have won the election without Macdonald and the raising of the "loyalty" cry, or without the shameless gerrymandering (changing the boundaries of local ridings to benefit a particular party) that had taken place under the Conservative regime.

The ailing Macdonald spent much of the next few weeks at home and in bed. When the new session opened on 29 April, everyone was saddened, even his opponents, by how feeble he appeared. On 12 May, during an interview with Governor General Lord Stanley, he suffered a slight but ominous stroke. Stanley suggested that he lie down, but he replied "That is no use, the machine is worn out." He would be dead in a month.

The election of 1891 has been widely discussed. Did Macdonald save Canada from being tossed into the greedy maw of the United States? The issue was to be fought out again in the future with the party roles reversed. Macdonald's death so soon after the election allowed the country to reflect on his legacy and to sharpen his question, the ultimate question, of how Canada should survive independent of its powerful southern neighbour.

"Canada is a hard country to govern," Macdonald famously declared. He has been much criticized for want of principle, for his temper and heavy drinking, and, as the 19th-century historian Goldwin Smith put it, for concentrating "perhaps too much on the weak side" of human nature. In understanding his time, we can doubt that a man with a stricter code of ethics could have guided the destiny of Canada. In his own defence, when purists remonstrated in regard to his sins he would reply, "Send me better men to deal with, and I will be a better man." It is ever thus in a democracy. 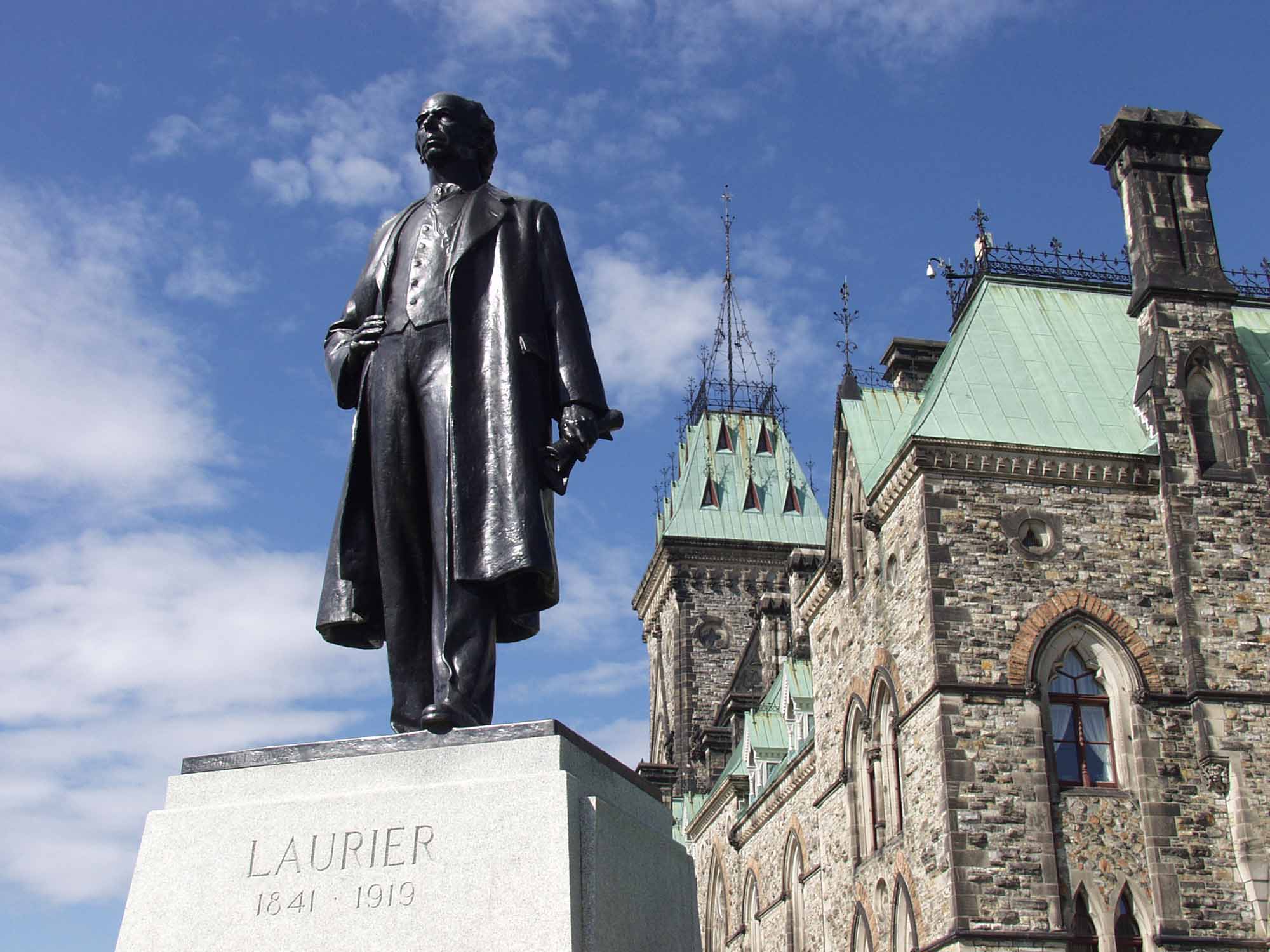