Doug and the Slugs

Doug and the Slugs had an upbeat, Motown-influenced pop-rock sound with a subversive bent. Formed in Vancouver and primarily active from 1977 to 2004, they were known for their fine musicianship, lighthearted melodies and exuberant live shows. They gained some exposure in the US thanks to their pioneering music videos, and had four gold-certified albums in Canada.

Doug and the Slugs had an upbeat, Motown-influenced pop-rock sound with a subversive bent. Formed in Vancouver and primarily active from 1977 to 2004, they were known for their fine musicianship, lighthearted melodies and exuberant live shows. They gained some exposure in the US thanks to their pioneering music videos, and had four gold-certified albums in Canada.

Toronto native Doug Bennett trained as a graphic artist and moved to Vancouver in 1973, where he contributed illustrations and cartoons to the Georgia Straight weekly newspaper. In mid-1977, he began playing with Vancouver-born guitarist and vocalist John Burton, who had previously been in a band called Uncle Slug. By the fall of 1978, after different members had come and gone, the duo had assembled the definitive version of Doug and the Slugs with Richard Baker (guitar, vocals), Simon Kendall (keyboard, vocals), Steve Bosley (bass guitar, vocals), and John “Wally” Watson (drums, vocals).

The band solidified its reputation as an exceptional bar band early on. Their wacky humour, goofy theatrics, and Bennett’s unlikely pop star image made them a top draw in Vancouver’s burgeoning music scene. In the absence of club work, Bennett and Burton organized theme and costume parties for the band in local halls. Concerts became fiestas as Bennett overcame his stage fright and served as a boisterous master-of-ceremonies for events built around such themes as “Secret Agent Man” and “Beach Blanket Bungle.”

Commenting on the band’s “unexpected depth,” AllMusic critic Rudyard Kennedy observed: “[I]f you dig a little deeper and get to the words hiding under the Slugs’ peppy, poppy grooves, you'll find that the characters in singer-songwriter Doug Bennett’s tunes are rarely as upbeat as the songs they inhabit. In fact, some of Bennett’s narrators are cynical, sleazy misanthropes right out of Randy Newman….”

The band’s debut single, “Too Bad,” was released in November 1979, on the band’s own Ritdong label. Highly infectious, it caught fire on radio and became a Top 20 hit in Canada. Within six months, the band signed a distribution deal with RCA Records. Their debut album Cognac & Bologna (1980) sold over 50,000 copies in Canada, and “Too Bad” earned the band a Juno nomination for Single of the Year.

Managed by Sam Feldman (who went on to represent Diana Krall , Joni Mitchell, and Elvis Costello) and his assistant Denise Donlon, the Slugs moved forward at a quick pace. Their second album, Wrap It! (1981), was produced by the band with Jim Vallance and featured vocals by The Nylons. US touring was highlighted by an appearance on “Late Night with David Letterman” and assisted by heavy rotation of the band’s music videos on MTV. Directed by Bennett, they were among the first to appear on the network.

During the 1980s, Bennett also produced and directed more than 20 videos for other artists such as Trooper, the Headpins, Zappacosta, and Images In Vogue.

The band’s third album, Music For the Hard of Thinking (1983), went gold in Canada on the strength of the Top 40 singles “Who Knows How to Make Love Stay” and the live favourite “Making It Work.” They received a Juno Award nomination for best new group, but failed to break through internationally. They were dropped by RCA, which released the early career greatest hits compilation Ten Big Ones in 1984.

They signed a US distribution deal with A&M Records and released Popaganda (1984), which also achieved gold status in Canada. Tomcat Prowl (1988), produced by Brian MacLeod of Chilliwack and the Headpins, earned a Top 40 hit with its title track. A&M also handled Bennett’s solo album, Animato (1986), but their contract with the band expired after Tomcat Prowl. The Slugs released their final album, Tales from Terminal City (1992), on Bennett’s independent label, Tomcat Records.

The original Slugs lineup had called it quits by the mid-1990s, but Bennett carried on with a series of other musicians. The greatest hits compilation Slugology 101: A Decade of Doug and The Slugs (1992) was Tomcat Records’ top-selling release. In 1999, “Too Bad” earned a new lease on life when Norm Macdonald used it as the theme song for his ABC-TV series “The Norm Show.”

Bennett continued to tour until his death at age 52 on 16 October 2004. On the eve of a Doug and the Slugs 25th anniversary show in Vancouver in 2003, which featured all the original members, he told the Vancouver Sun, “To me, every bit of big, giant stuff was a blessing — a bonus, fun — but with no expectations that it would continue. We had close to eight years of hit records, and Flock of Seagulls had eight minutes.”

Among the testimonials following Bennett’s passing, Sam Feldman noted: “Doug could express himself in any and every medium. His satirical ability and marketing genius was phenomenal. He was very, very clever. I learned a lot from that guy.” Bennett was inducted into the BC Entertainment Hall of Fame in 2007.

In 2009, original members Burton, Baker, Kendall, Bosley and Watson reformed the band as Doug & the Slugs with singer Ted Okos and began touring the casino and summer festival circuits in Canada.

Music of
Doug and the Slugs 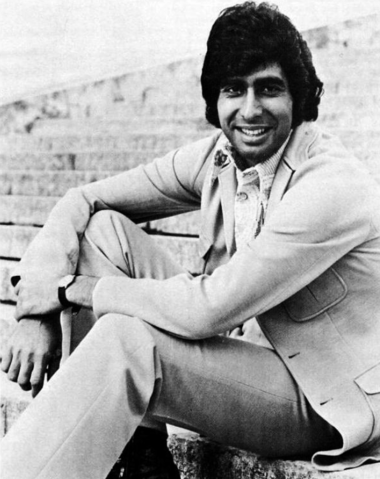