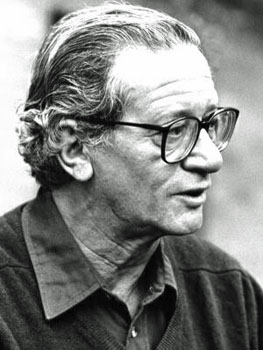 Donald Brittain, filmmaker (b at Ottawa, Ont 10 June 1928; d at Montréal, Qué 21 July 1989). After several years with the Ottawa Journal, he joined the NFB in 1955. He soon became one of the most respected Canadian documentary filmmakers. In 1962 he produced the 13-part series, Canada at War. Two years later, with John Kemeny, he co-directed Bethune, a film that marked the beginning of his approach to portraying controversial figures.

In his lively, humorous, original and often biting style he portrayed such personalities as Leonard COHEN, Lord THOMSON of Fleet, Ferguson JENKINS, Malcolm LOWRY and the DIONNE QUINTUPLETS. It was Volcano: An Inquiry into the Life and Death of Malcolm Lowry (1976) that firmly established his international reputation.

Perhaps because of his training as a journalist, Brittain selected sensitive, topical subjects. In The Champions (1978) he took on the political careers of Pierre TRUDEAU and René LÉVESQUE. He ruffled bureaucratic feathers with Paperland - The Bureaucrat Observed (1979), chosen documentary film of the year at the Canadian Film Awards and winner of 4 Genies. After the series on Canadian national security, On Guard for Thee (1981), he described the career of a controversial union leader in Canada's Sweetheart: The Saga of Hal C. Banks (1985).

In 1974 he directed his first full-length film on the history of Canadian cinema 1895-1939, Dreamland, and provided the commentary for a follow-up film entitled Has Anybody Here Seen Canada? (1978).

The quality and variety of his output has placed Brittain among leading documentary filmmakers.