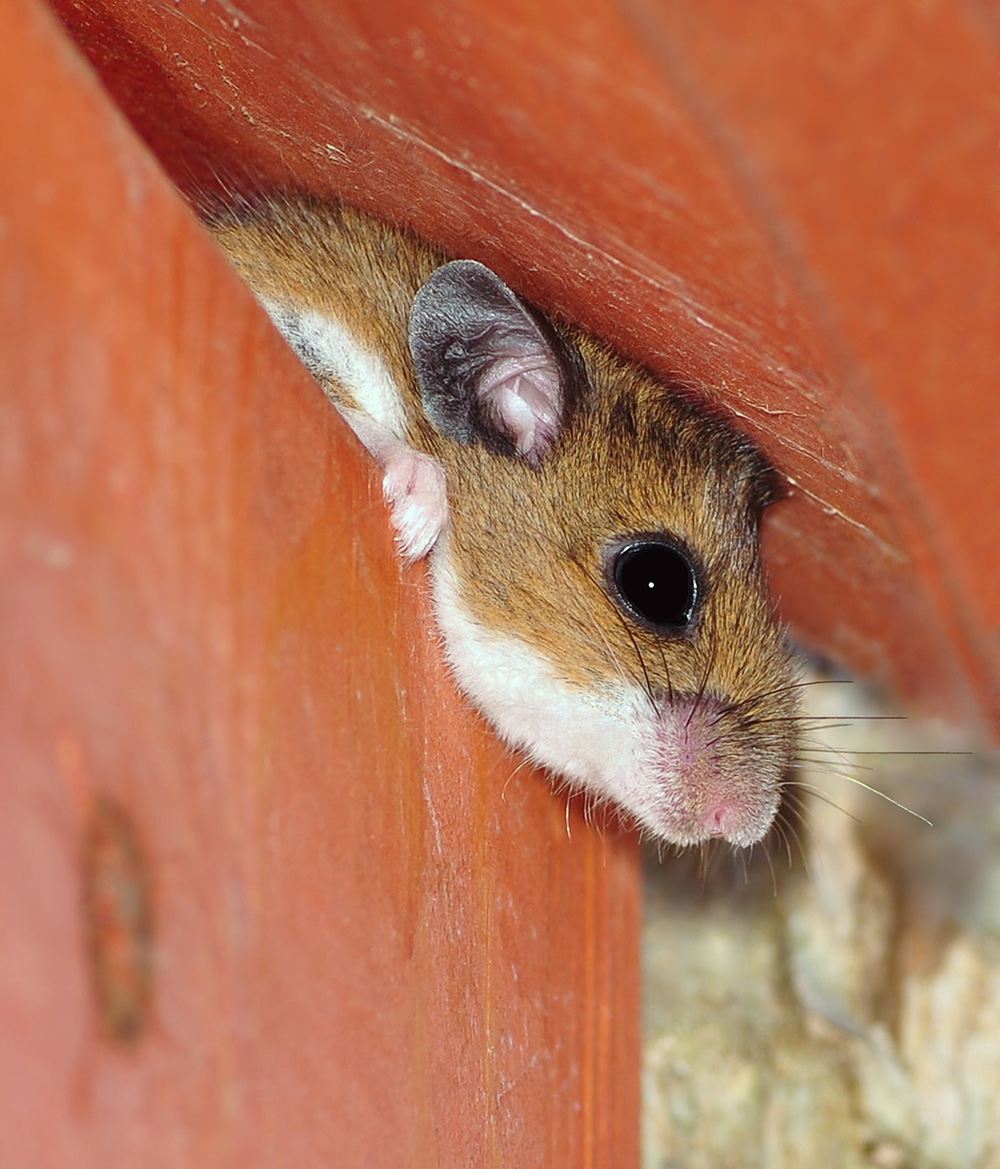 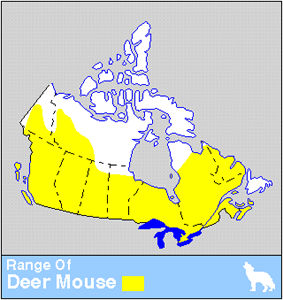 Deer mice are strongly nocturnal. In winter, the northern deer mouse (P. m. borealis) undergoes bouts of light torpor, lasting for up to several days, in which body temperature may fall several degrees, but it does not actually hibernate.

Deer mice occur in forests and grasslands throughout Canada, excluding Newfoundland, and down the Mackenzie Valley beyond the Arctic Circle. The large, pale-grey Cascade deer mouse (P. oreas) of the coastal range of BC may represent a distinct species.

Deer mice breed only in summer. Females of northern populations never have more than 2 litters (of about 5 young). In southern Canada, females produce more, smaller litters; some may become sexually mature in the season of their birth. A few animals are known to have survived 2 winters.

Deer mice may destroy stored food and carry a virus (hantavirus) that in 15-50% of cases is deadly to humans. The virus is transmitted from feces and urine of deer mice deposited on food or inhaled as dust. They provide food for carnivorous birds and mammals.