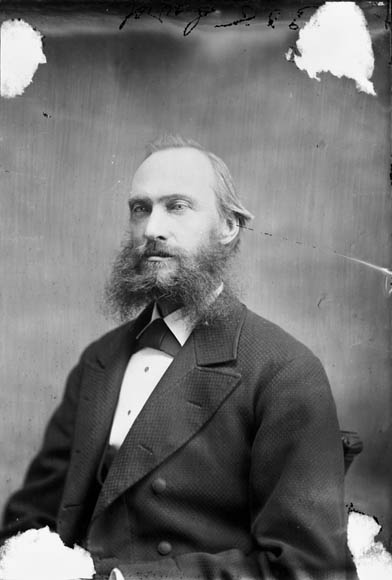 David Laird, editor, politician, lieutenant-governor, Indian commissioner (b New Glasgow, PEI 12 Mar 1833; d at Ottawa 12 Jan 1914). He was Liberal leader in the PEI legislature, was elected to Parliament 1873, was minister of interior (1873-76); then, to 1881, he was appointed first (separate) lieutenant-governor of the North-West Territories. Treaty 7 was signed 23 September 1877 by Chief Crowfoot and other chiefs and by Commissioner Laird and Lieutenant-Colonel MacLeod, commissioner of the North-West Mounted Police.

Owing to virtual extinction of buffalo soon thereafter the Plains Indigenous peoples neared starvation (see Buffalo Hunt). An uprising was feared, but disaster was averted, largely because of the Indigenous peoples' respect for the NWMP and the mutual trust between the chiefs and Laird based on many personal contacts and his honoured promises. Appointed Indian commissioner for the West at Winnipeg 1898, he negotiated Treaty 8 in 1899 with Indigenous peoples of the vast Athabasca area north of Edmonton. From 1909 to 1914 he was adviser to the Indian Affairs Department at Ottawa.