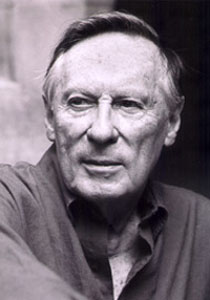 David Gardner has enjoyed a long and varied career in theatre as an actor, director and historian.
(photo provided by David Gardner)

As a high school student at Lawrence Park Collegiate Institute in Toronto, David Gardner won the Ontario Verse-speaking Competition, an award that presaged a career of public speaking and suggested that the elegant delivery marking his adult discourse began early. In 1956, he won a Tyrone Guthrie Award at the Stratford Festival. ( See also Sir William Tyrone Guthrie.) In 1983, Gardner completed his formal education, earning a PhD at the Graduate Centre for the Study of Drama at the University of Toronto.

David Gardner's early career included performances at Toronto's Royal Alexandra Theatre and Jupiter Theatres. He also landed roles with the Canadian Repertory Theatre in Ottawa and the Brae Manor Theatre in Quebec. He performed at Stratford for three years, up to 1956. He toured with Canadian Players and, on return from London, with the Old Vic tour (1958–59). For Canadian Players he conceived and directed an Inuit version of Shakespeare's King Lear (1961–63), which received a mixed reception (an important attempt in its day, the production now seems a problematic southern representation of an idealized Canadian North).

In 1960, he was chair of the committee that founded the National Theatre School of Canada. He was artistic director of the Vancouver Playhouse from 1969 to 1971; he resigned when the board refused to allow a production of George Ryga’s Captive of the Faceless Drummer, concerning the FLQ crisis in Quebec. (See October Crisis.) Gardner’s commitment to activist and Indigenous theatre was seen also in his inaugural production of Ryga's The Ecstasy of Rita Joe at the National Arts Centre.

Gardner served for two years as theatre officer for the Canada Council for the Arts (1971–73). During his tenure, he convened an important conference to consider “the dilemma of playwrighting in Canada,” an initiative many claim as a foundational moment in alternative theatre in the country.

Gardner received a Canadian Film Award in 1976 for The Insurance Man from Ingersoll and a 1997 Gemini Award for his work on the TV series Traders. In 2004, the Canadian Theatre Critics Association gave him the Herbert Whittaker/Drama Bench Award for outstanding contribution to Canadian theatre. In 2008, he received the Earle Grey Award for lifetime achievement in film and television.