A dam is a structure built across a waterway to control or stop the flow of water. This is called impounding the flow of water. Dams can be built by animals, such as beavers, or constructed by humans. In some cases, they are even formed by natural geological forces.

A dam is a structure built across a waterway to control or stop the flow of water. This is called impounding the flow of water. Dams can be built by animals, such as beavers, or constructed by humans. In some cases, they are even formed by natural geological forces. 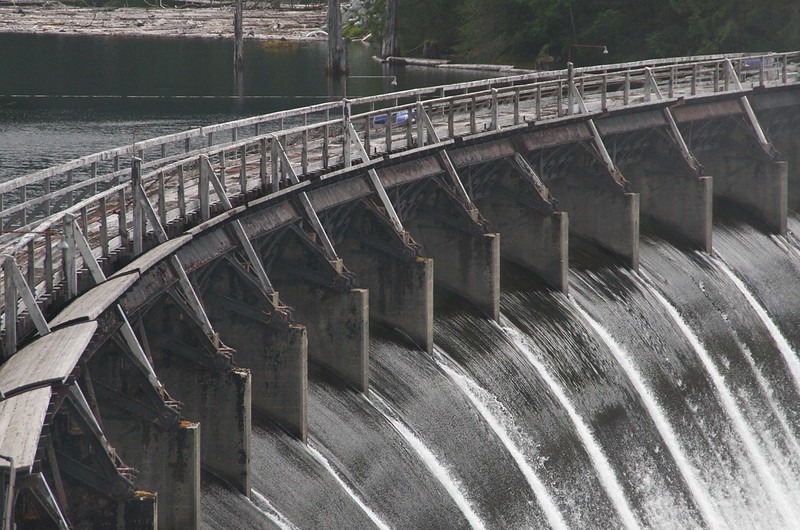 Water spills over a dam at Ocean Falls, British Columbia.

Different types of dams exist, and they can serve many purposes. Some are built to create a reservoir. This type of artificial lake can be used for human consumption, irrigation, industry, storing toxic mining residues, recreation, fish farming or generating hydroelectricity. Other dams are built to limit the flow of water to avoid flooding downstream. Underground dams can also be constructed to control the flow of groundwater. Dams often serve several functions simultaneously; in these cases, they are called multipurpose dams.

The first recorded Canadian dams were small. In colonial times, streams were impounded to provide power for grist and sawmills and to float logs to market. The development of agriculture in the prairies during the early 20th century was made possible through irrigation using dams. 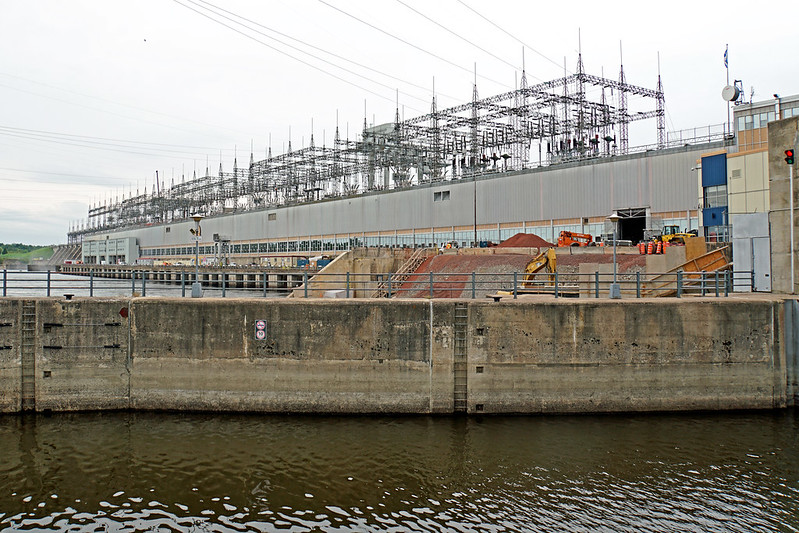 Thanks to the abundance of Canadian waterways, as of 2020 there are over 15,000 dams in Canada. Most are intended for the generation of hydroelectricity. Canada is among the world’s largest hydropower producers. Quebec’s dams alone account for about half of the country’s annual output of hydroelectricity. For example, Quebec’s Robert-Bourassa dam is Canada’s most powerful hydroelectric dam.

In addition to their benefits, dams also have wide-ranging, long-term ecological and social consequences. Building a dam can disrupt people, wildlife and impact local climate and geological stability.

For example, in 1971, Hydro-Québec and the Quebec government began the James Bay Project. The project involved the creation of hydroelectric generating stations on the east coast of James Bay. Several dams were built in order to create these stations, including the Robert-Bourassa dam. In addition to creating a source of energy for the province, the James Bay Project flooded 11,500 km2 of wilderness land that was home to the James Bay Cree and Inuit. The flooding also created mercury contamination in  fish, and contributed to the deaths of an estimated 10,000 caribou.