A contract is a legally binding agreement between two or more persons for a particular purpose. It is an instrument for the economic exchange of goods and services. In Canada, contract law is administered both in common law and, in Quebec, civil law.

A contract is a legally binding agreement between two or more persons for a particular purpose. It is an instrument for the economic exchange of goods and services. In Canada, contract law is administered both in common law and, in Quebec, civil law.

In general, contracts are always formed on the same pattern. A person offers to give another person something (for example: to deliver an item in return for a certain price); to provide a service (to work for a certain salary); or to refrain from doing something (not to compete for a period of time in return for compensation). If the offer is accepted, the contract is then valid in principle. A contract is, above all, an instrument for the economic exchange of goods and services.

The four most common types of contracts are:

Contracts Under Civil and Common Law

Unlike other agreements, a contract is a legally binding promise. If one of the parties fails or refuses to fulfil its promise without a valid reason recognized by law, the party suffering the consequence of this breach of promise may call upon the courts either to force the defaulting party to carry out its promise (specific performance) or to demand compensation in the form of damages.

Quebec civil law and Canadian common law generally follow similar rules in this regard: a contract legally entered into represents a legal bond between the parties. Parties are free to contract whenever and for whatever reason they wish. The only limits to absolute contractual freedom are certain restrictions imposed by legislation and by accepted ethics. Contracts contrary to a statutory law such as the Canadian Criminal Code are null and void. (Examples of this might include a work contract for a professional killer, or for a sex trade worker). The same is true for a contract that goes against accepted ethics; or in civil law, public order.

Many provinces, however, have adopted legislation codifying the rules of certain contracts. This is particularly true of sales and consumer contracts. Although Canada’s two major legal systems differ in certain respects for contract law, the practical solutions they provide are very similar when not identical.

For a contract to be valid and therefore legally binding, five conditions must be met. First, there must be the mutual consent of both parties. No one can be held to a promise involuntarily made. When consent is given by error, either under physical or moral duress, or as a result of fraudulent practices, the contract may be declared null and void at the request of the aggrieved party. In certain types of contractual relationship, the law demands that the consent of the party be both free and informed. This is the case, for instance, with contracts involving medical treatment.

The second is contractual capacity — the mental ability to keep the promise one has made. A young child, a person suffering from a serious mental disorder, and in some cases a minor are all considered incapable of contracting.

The third condition is that the contract should have an object or a purpose. It must concern a specific and agreed-upon good or service.

The fourth condition is “lawful cause” in civil law; or a “valuable consideration” in common law. In this area, important technical differences exist between the two legal systems. Briefly, according to this fourth condition, the promise made must be serious and each obligation assumed by one of the parties must find a corresponding (but not necessarily equivalent or equal) promise made by the other party. A person may thus legally sell goods at a price that does not represent their actual market value. The contract would still be a valid one.

The fifth condition, which is not required in all cases, is the compliance in certain circumstances to formalities provided by law, such as a valid written instrument. In general, this condition holds for contracts that may have serious consequences for the parties; or those for which certain measures of publicity are required.

Parties to a valid contract are always bound by law to carry out their promise. Should they fail to, the other party is free to go to court to force them to comply. At times, the court may order the defaulting party to do exactly what he had promised (specified promise). In that respect, civil law provides more readily for the forced execution of promises than common law, for which specific performance appears to be still an exception to the rule. (See also Torts in Canada; Law of Delict in Québec.)

Courts may also award financial compensation in the form of damages equal in value to the loss suffered and profits lost as a result of the breach of contract; however, this loss and profit must be directly related to the non-fulfillment of promise (article 1611 QCC). Furthermore, courts award only damages equivalent to those benefits that the parties might reasonably have expected to receive at the time the agreement was made.

The rapid increase of class actions both in contractual and delictual fields has had a significant impact on the amount of damages awarded by courts; in certain cases, the amount can reach millions of dollars.

Increasingly, provincial and federal legislatures are acting to protect citizens against certain abusive commercial practices. Consumer protection law, in which rules and standards are imposed to suppress fraud, to avoid forced sales and to protect the consumer against dishonest practices, is an example of this type of action. The Quebec Civil Code has provisions concerning performance in good faith (article 1375 QCC), as well as abusive, illegible or incomprehensible clauses (article 1379 QCC). These go a long way to promote fairness in contractual relationship.

In recent years, good faith has played an increasingly important role in Quebec case law. In other provinces, a recent judgement of the Supreme Court of Canada has also set a new requirement of good faith in contractual matters, but in limited circumstances. 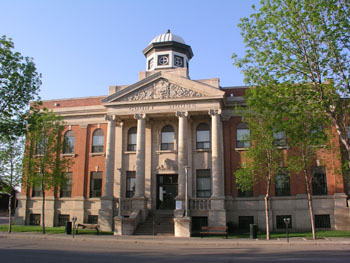