Coal is a fossil fuel that has been used as a source of energy in Canada since the 18th century. Canada is home to 0.6 per cent of the world’s coal resources. Most of the country’s coal reserves (over 95 per cent) are found in Alberta, British Columbia and Saskatchewan. In recent years, the environmental movement has opposed the coal industry for disrupting local ecosystems, creating adverse health effects and for its large contribution to the carbon-dioxide emissions that drive climate change. In an effort to curb harmful emissions, the federal government has signalled its intention to phase out traditional coal-fired electricity by 2030, and Alberta has a plan to achieve the same goal as a province.

Coal is a fossil fuel that has been used as a source of energy in Canada since the 18th century. Canada is home to 0.6 per cent of the world’s coal resources. Most of the country’s coal reserves (over 95 per cent) are found in Alberta, British Columbia and Saskatchewan. In recent years, the environmental movement has opposed the coal industry for disrupting local ecosystems, creating adverse health effects and for its large contribution to the carbon-dioxide emissions that drive climate change. In an effort to curb harmful emissions, the federal government has signalled its intention to phase out traditional coal-fired electricity by 2030, and Alberta has a plan to achieve the same goal as a province. 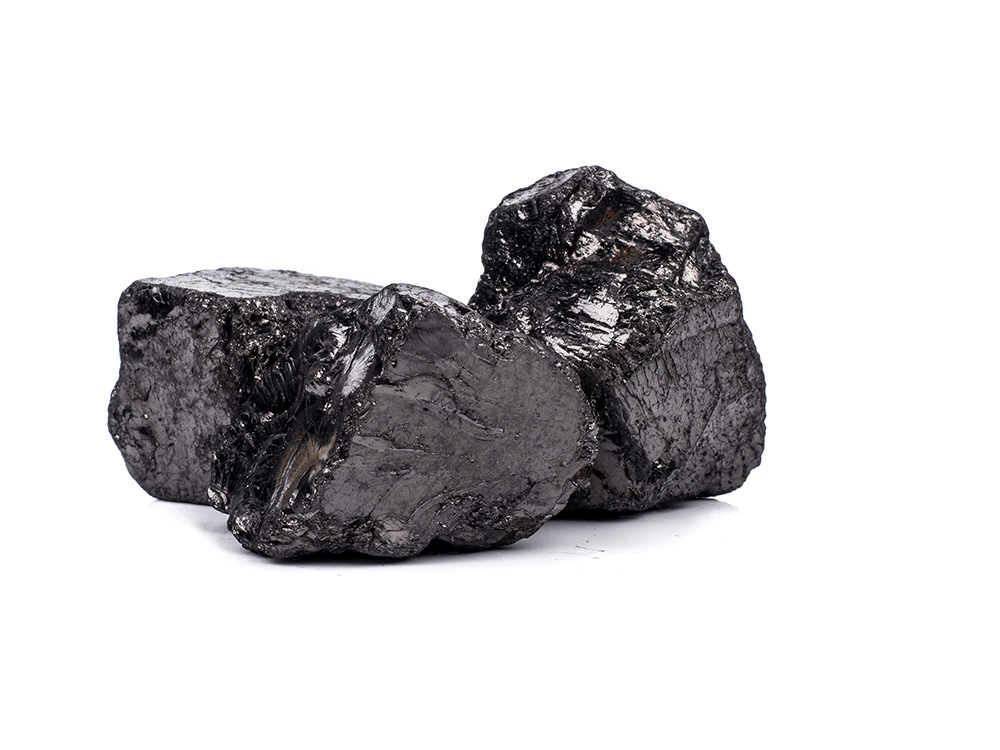 A combustible carbon-based sedimentary rock formed from the remains of plant life, coal is the world’s largest fossil energy resource. It is located primarily in the Northern Hemisphere. Coal is not a uniform substance; rather, it encompasses a wide variety of minerals with different characteristics. Its composition depends on the nature of its vegetation source, the layering of sand and soil, and the time and geological forces (including temperature and pressure) that shaped its formation.

How Are Different Types of Coal Used?

Coal is classified according to four ranks or classes: anthracite, bituminous, subbituminous and lignite. Each is subdivided according to fixed carbon content, volatile matter content and heating value. The anthracite class, the most valuable, is a core resource for the steel industry, as well as some chemical industries. Sometimes referred to as metallurgical coal, anthracite and supplementary coals of other compositions may be burned at extremely high temperatures to produce pellets of basically pure carbon. These pellets, generally referred to as coke, can then be used to produce steel. Though a mid-level player on the global coal market, Canada is a major producer of metallurgical coal, which accounts for more than 90 per cent of its total coal exports.

Aside from its occasional use in steelmaking, bituminous coal is used as thermal coal for electric-power generation. Subbituminous coal supplies thermal-power fuel and steam for industry, and can be used in coal gasification and coal liquefaction. The lowest grade of coal, lignite, is used for the same purposes as subbituminous coal.

Canada’s only known significant body of anthracite is located in northwestern British Columbia. Bituminous coal is found in Nova Scotia,  New Brunswick, Alberta and BC; subbituminous in Alberta; lignite in Saskatchewan and BC. In Nova Scotia, most of the coal is under the seafloor. In Western Canada — which has more than 95 per cent of the country’s coal — formations are generally concentrated in southern and central Alberta.

According to Natural Resources Canada, Canada’s proven coal reserves are the 16th largest in the world, representing 0.6 per cent of the globe’s total deposits. (By contrast, the United States, which ranks first for coal reserves, possesses nearly a quarter of global deposits.)

History of Coal in Canada

Coal has been mined in Canada since 1639, when a small mine was opened at Grand Lake, New Brunswick. In 1720, French soldiers began to mine at Cow Bay (Cape Breton,  Nova Scotia) to supply the fortress at Louisbourg. Cape Breton later supplied coal to Boston and other American ports, and to the British militia in Halifax. By 1870, 21 coal mines were operating in Cape Breton, but virtually all of them were abandoned in the early 20th century.

Commercial coal mining in New Brunswick began in 1825 and, except for some early exports, most of the province’s coal production has been used locally. In Western Canada, coal was first mined on Vancouver Island in the mid-19th century. The building of the transcontinental railways through Alberta and  BC led to the development of coal mines on the banks of the Oldman River near  Lethbridge, at  Banff, Drumheller and Edmonton (see also Railway History).

By 1867, coal production had reached an annual total of 3 Mt: over 2 Mt in Nova Scotia, most of the balance in Rupert’s Land (now the western provinces) and a small amount in New Brunswick. By 1911, Western Canada had taken the lead. In 1947, the year that oil and natural gas were first produced commercially near Leduc, Alberta, coal supplied half of Canada’s energy needs. Drumheller alone produced 2 Mt of coal and employed 2,000 men. The rapid conversion of coal’s traditional markets to oil and gas caused the coal mining industry almost to disappear. Beginning in about 1950, almost all coal used for domestic heating, industrial energy and transportation energy was replaced by petroleum products and natural gas.

Despite these changes, coal mining entered an expansion phase in the late 1960s. Canadian producers signed long-term contracts to supply several million tonnes of metallurgical coal each year to Japan. This led to the re-opening of some closed mines and the development of new mines in Alberta and BC. At about the same time, Alberta and Saskatchewan began to use their substantial coal resources to produce electricity.

Throughout the 1970s, unprecedented increases in the price of oil focused attention on coal as an alternate energy source. In the mid-1970s, major steel industry producers such as Japan sought to further diversify their sources of supply. This led to more expansion of the Canadian coal industry in the 1970s and early 1980s. New mines opened, and new rail and port facilities were built.

As of 2016, coal supplied about 7 per cent of Canada’s total energy and approximately 9 per cent of the country’s total electricity generation. Alberta, Saskatchewan and  Nova Scotia are by far the most coal-dependent provinces, each relying on the fuel to produce roughly half of their electricity. Of these three provinces, however, Alberta burns by far the most coal in aggregate. It produced about 39,000 GWh of coal-powered electricity in 2016, whereas Saskatchewan and Nova Scotia produced nearly 12,000 and 6,000, respectively.

Canada produces more coal than it uses. Because of the worldwide demand for coal, it exports almost half of its production, mainly to Asia, where demand for metallurgical coal is high.

Canada’s coal imports have declined significantly since the early 2000s. According to Natural Resources Canada, Canada imported 7.5 Mt of coal in 2017, primarily from the United States. It is advantageous for some central-Canadian consumers (e.g., steel mills in Ontario) to source their coal from US mines rather than those farther away in Canada’s west.

What Are the Environmental Impacts of Coal?

The extraction and burning of coal is linked to several environmental and health problems. Although the industry is regulated at the levels of occupational safety, ecological protection and (to varying degrees) emissions, coal-based pollution remains a major problem in Canada. The industry has drawn opposition from the environmental movement as a result.

Most of Canada’s coal is extracted through surface mining — more specifically through strip mining or open pit extraction (see Coal Mining). To a greater extent than underground mining, surface mining destroys wildlife habitats and threatens water systems with pollution. The industry has nevertheless increasingly embraced surface mining in recent decades, in part because it is less dangerous for workers. British Columbia has attempted to restore approximately 42 per cent of the land disrupted by metal and coal mines, but the long-term efficacy of this program remains unclear, given the evidence that surface-level coal mining severely damages the soil.

When burned, coal emits very high levels of greenhouse gases (which contribute to climate change) and toxic pollutants. Of the 10 industrial facilities in Canada that emit the most greenhouse gases, five are coal plants.

Burning coal also has negative impacts on public health. In particular, coal-burning plants emit high levels of sulphur dioxide, nitrogen oxides and mercury, which have been linked to a wide variety of illnesses including bronchitis, pulmonary disease and elevated rates of infant mortality. Globally, approximately 800,000 deaths per year are directly attributed to the burning of coal. In Canada, 7,700 premature deaths per year are attributed to air pollution, of which coal burning is a factor.

What Is Canada Doing to Phase Out Coal-Fired Electricity?

Acting on environmental and health concerns, several provinces — including Nova Scotia, Ontario, Manitoba and Alberta — have moved in recent years to limit or phase out coal-fired electricity. Of these, Ontario’s ending of coal-powered electricity has been the most dramatic success story. In 2000, approximately 26 per cent of the province’s electricity came from coal. As plants were closed in the subsequent years, that number dropped to about 19 per cent in 2007, and 8 per cent in 2010. In April 2014, the last of these plants, the Thunder Bay Generating Station, was shut down, making Ontario the first jurisdiction in North America to fully eliminate coal as a source of electrical power. A small number of steel and cement manufacturing facilities have, however, been allowed to continue burning the fuel. This includes the ArcelorMittal Dofasco steel mill in Hamilton, Canada’s eighth highest greenhouse gas-emitting industrial facility.

Alberta has committed to completely phasing out pollution from coal-generated electricity by 2030. The initiative is part of the Climate Leadership Plan introduced by NDP  premier Rachel Notley in 2015. Under this strategy, the Alberta government uses industrial carbon tax revenues to subsidize energy companies’ transition from coal to natural gas and renewables.

In 2018, the Liberal federal government of Justin Trudeau proposed changes to regulations that would pave the way for Canada to phase out coal power by 2030. The previous year, Canada and the United Kingdom co-founded the Powering Past Coal Alliance. It represents more than 70 governments, businesses and organizations that all support a rapid transition away from traditional coal-fired electricity.