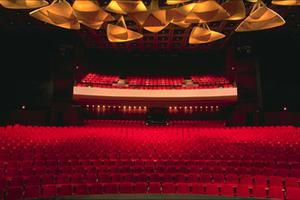 The Confederation Centre in Charlottetown is a memorial to the founding of Canada (photo by John Sylvester).

Established to present original Canadian musical theatre in the summer, it opened 27 Jul 1965 with the premiere of Anne of Green Gables. The first season also included productions of Spring Thaw and Laughing with Leacock and a revue featuring the comedians Wayne and Shuster. Other productions at the Confederation Centre of the Arts included Charlottetown premieres of Mavor Moore'sThe Ottawa Man and Private Turvey's War in 1966; Pierre Berton's Paradise Hill in 1967; John Fenwick and Mavor Moore's Johnny Belinda and Moore's Sunshine Town in 1968; Marion Grudeff and Ray Jessel's Life Can Be Like Wow in 1969; the British musical Jane Eyre in 1970; Howard Cable and Christopher Gore's Mary, Queen of Scots in 1971; Michel Conte and Arthur Samuels' Ballade in 1972; Helen Porter and Ben McPeek'sJoey in 1973; Cliff Jones'Kronborg: 1582 in 1974; By George, a salute to George Gershwin, and Cliff Jones' Rowdyman in 1976; Alan Lund's The Legend of the Dumbells in 1977; and David Warrack's Windsor in 1978. Later productions have included Les Feux Follets in 1979 and 1980; Fauntleroy in 1980 and 1981; Aimee! in 1981; Skin Deep in 1982; Ye Gods! in 1984; Are You Lonesome Tonight? in 1987 and 1988; Encore in 1989, and The Strike at Putney's Church in 1990. In 1978 the festival also began mounting smaller productions at its Cabaret Theatre (in the Confederation Centre), known as Stage Two. In 1986 lunchtime theatre was added to the festival's events. Anne of Green Gables, which was given its 1,000th festival performance in 1986, and has toured internationally, has continued to be performed each year. Several Charlottetown productions have toured nationally.

The Eric Harvie Award for Musical Theatre for the best new Canadian musical was established in 1980 by the Fathers of Confederation Trust, with the aim of developing fresh material for presentation at the festival. Among the music winners have been Leslie Arden, Bob Ashley, Rosemary Radcliffe, and Bruce Ruddell.

Mavor Moore was artistic director of the festival until 1967, and was succeeded by Alan Lund, who held the position until 1986. Walter Learning, previously artistic director of the Vancouver Playhouse, held the position 1987-91. He departed from the festival's formula of presenting purely family entertainment, a move which drew some criticism from Canadian artists, government agencies, and the media. The change in policy had one notable success: the 1988 show Are You Lonesome Tonight? based on the life of Elvis Presley, became the only show in the festival's history to outsell Anne. Learning was succeeded by Jacques Lemay. In 1990 the festival celebrated its 25th season, but was beset with financial problems, and in 1991 Anne was the only production presented at the theatre's main stage.

John Fenwick was the founding music director, a position he retained until 1976, when he became music consultant and orchestrator for all musical productions at the festival, a position he held until the completion of the 1980 season. Fen Watkin, previously associate music director, became music director in 1980 and continued in that capacity in 1991. The festival's orchestra through the 1980's was drawn locally and many of the theatre performers have been from Prince Edward Island. In conjunction with the musicals, the festival has offered recitals and concerts by noted performers and groups, such as Maureen Forrester, Félix Leclerc, Lois Marshall, Alan Mills, the NYO, and John Allan Cameron, Anne Murray, and other Canadian and US pop performers. 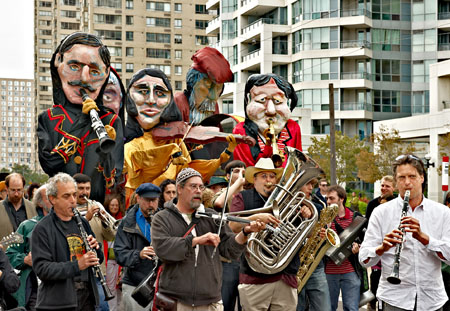