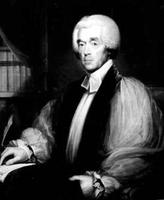 The establishment of King's College in 1788-89 was an enduring tribute to his determination to provide a locally trained clergy (Nova Scotia Archives).

Charles Inglis, Anglican bishop (b at Glencolumbkille, Ire 1734; d at Aylesford, NS 24 Feb 1816). Having gained influence and preferment as a Tory cleric and pamphleteer in New York City during the American Revolution, he was named to NS as the Church of England's first colonial bishop in 1787. The diocese initially included what are now the Atlantic Provinces, Québec and Ontario, and was established at a time when the colonial church was combatting internal weakness and external competition. Given such difficulties, it is clear that Inglis's bishopric was more successful than has been contended. He used patience and discretion to overcome early antipathy from his clerics, and travelled as much as possible within his diocese to foster a stronger commitment from both clergy and laity. The establishment of King's College in 1788-89 was an enduring tribute to his determination to provide a locally trained clergy, although it perpetuated a reactionary Church of England ascendancy in the colony.