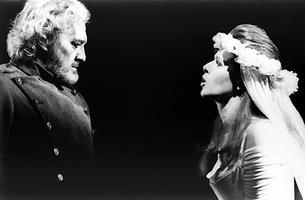 The Canadian Opera Company supports and advances Canadian artists and works through its Ensemble Studio and Composer-in-Residence programmes. The Ensemble Studio, founded in 1980, consists of 6 or 7 Canadian artists selected from annual auditions who spend a minimum of one year with the COC receiving coaching in voice, language and movement; understudying principal roles; and performing in school tours, promotional events and mainstage productions. The Composer-in-Residence programme, founded in 1987, continues the COC tradition of commissioned works, including Louis Riel (1967) and Mario and the Magician (1992), composed by Harry SOMERS; Guacamayo's Old Song and Dance (1991), by Vancouver composer John Oliver; Nosferatu (1993), composed by Randolph Peters; and Red Emma (1994), composed by Gary KULESHA. In 1999, the COC presented The Golden Ass, composed by Randolph Peters on a libretto by Robertson DAVIES.

The company actively seeks ways to develop and broaden the audience for opera and increase the art form's accessibility. Toward this end, the COC is responsible for the development of surtitles. First used in the company's production of Electra in 1983, this technology provides a synopsis in English of the singers' words, projected on a screen above the stage. Based on overwhelmingly positive audience response, many opera companies throughout North America and Europe have adapted the use of surtitles, including the Metropolitan Opera of New York. 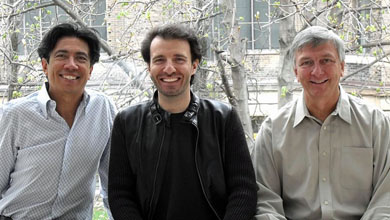