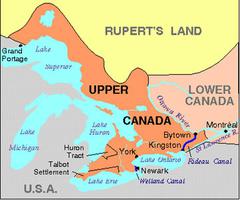 Canada Company, brainchild of John GALT, established in late 1824 and chartered in 1825 as a land and COLONIZATION COMPANY in Upper Canada. In 1826 the company purchased from the government about 2.5 million acres (1 million ha) of land for $295 000. Roughly half lay in the Huron Tract (western Ontario) and the rest consisted of scattered crown reserves. The payments, spread over 16 years, went directly to the executive branch of the Upper Canada government, to the bitter resentment of Reformers in the elected assembly, who also charged that the company failed to provide promised improvements in its structure and treated immigrants dictatorially.

After the ACT OF UNION (1841), the company's connection to the Tory elite lessened and, with the implementation of a leasing system, the company operated more effectively and less conspicuously - though settlement would likely have proceeded as quickly without it. Following the sale of its last holdings in the 1950s, it ceased operation. 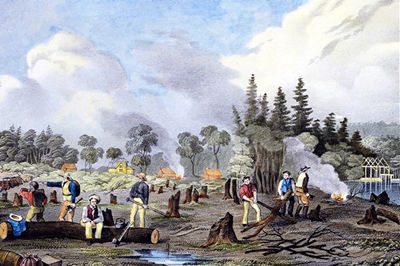