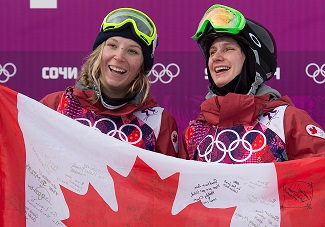 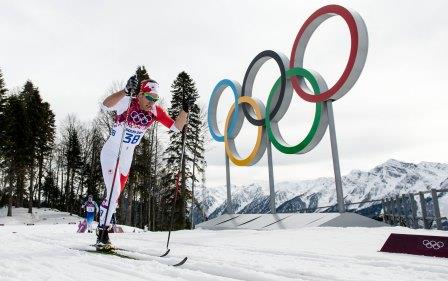 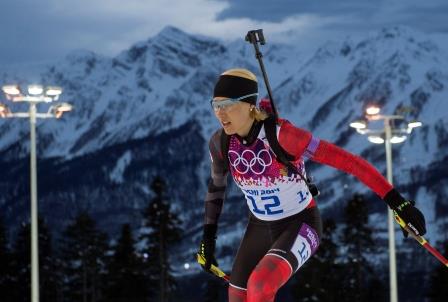 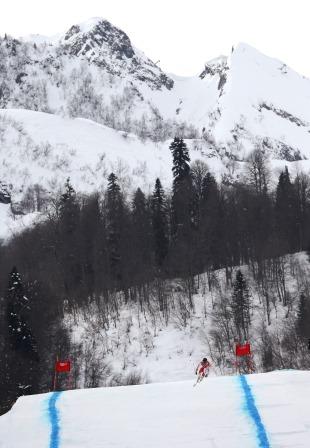 The Sochi Olympics also suffered from a doping controversy following the Games. In 2016, Richard McLaren, a Canadian sports law professor at the University of Western Ontario, published a study alleging that 1,000 Russian athletes in winter and summer sports had either been involved in or benefited from a doping program between 2011 and 2015. The following year, the International Olympic Committee determined that Russian athletes had participated in a state-sponsored doping scheme during the 2014 Olympic Winter Games in Sochi. Russia lost 13 medals from the 2014 Games in Sochi and was not allowed to participate as a country at the 2018 Olympic Winter Games in PyeongChang (individual Russian athletes could still participate as “Olympic Athletes from Russia”). However, on 1 February 2018, the Court of Arbitration for Sport (CAS) reinstated nine of the medals won by Russian athletes at the 2014 Games, stating that there was insufficient evidence of doping. The CAS decision affected the Canadian luge team, which returned to a fourth-place finish in the mixed team relay luge event after temporarily winning Olympic bronze. 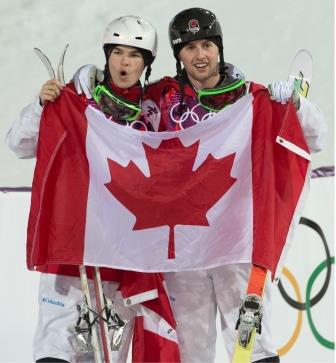 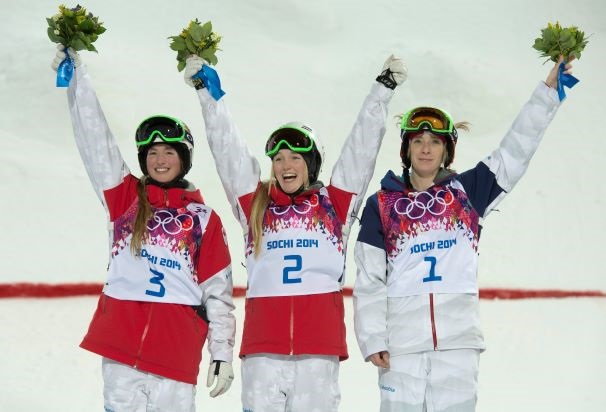 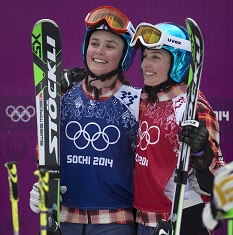 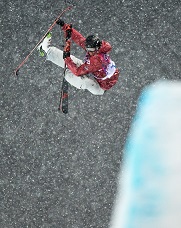 In alpine skiing, Jan Hudec won bronze in the men’s super giant slalom, tying with American Bode Miller. Hudec was the first Canadian to win an Olympic medal in alpine skiing since Edi Podivinsky’s bronze medal in the men’s downhill competition at the 1994 Olympic Winter Games in Lillehammer. 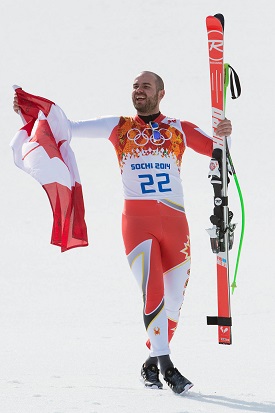 Heading into the 2014 Olympic Winter Games in Sochi, there was a lot of interest in snowboarder Mark McMorris due to his success at the Winter X Games and the FIS World Snowboarding Championships. Although the 20-year-old from Regina had broken his rib at the 2014 Winter X Games in Aspen, Colorado, he still won Olympic bronze in the slopestyle snowboarding competition. 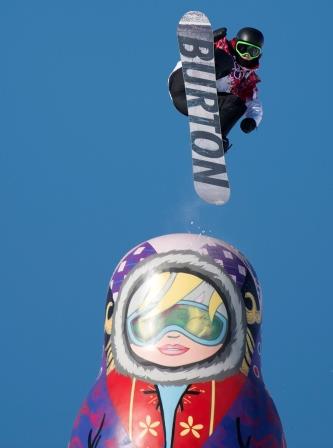 Dominique Maltais won silver in women’s snowboard cross, becoming the first woman to win two career Olympic medals in the event. She had previously won bronze at the 2006 Olympic Winter Games in Turin. 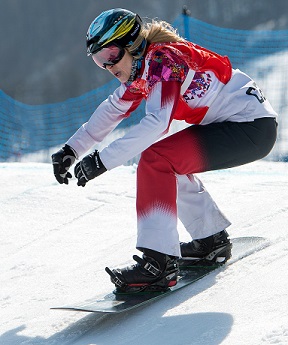 For the second consecutive Olympic Winter Games, Charles Hamelin won an individual gold medal in short track speed skating. Hamelin won the men’s 1500m in Sochi after winning the men’s 500m at the 2010 Olympic Winter Games in Vancouver. His teammate, 22-year-old Charle Cournoyer, won a surprise bronze in the men’s 500m. Cournoyer had won only two individual World Cup medals to that point and had not won an individual medal on the 2013 World Cup circuit leading up to the Games. In women’s short track speed skating, Canada won a medal for the seventh straight time in the women’s 3000m relay. 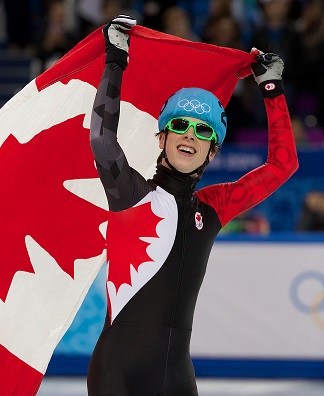 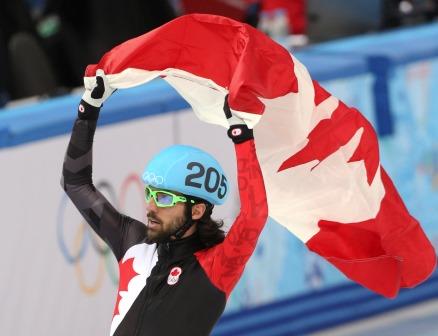 DID YOU KNOW?
At 12:58 p.m. ET on 21 February 2014, short track speed skater Charle Cournoyer crossed the finish line at the Iceberg Skating Palace in the men’s 500m to win bronze. At the exact same time, Jamie Benn scored the game-winning goal in Canada’s 1–0 win over the United States in the semifinals of the Olympic men’s hockey tournament at the Bolshoy Ice Dome. 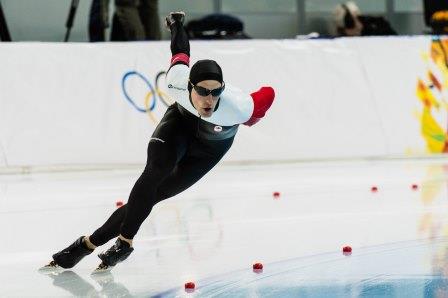 Team figure skating was contested at the Olympic Winter Games for the first time in 2014. Team Canada won silver with 65 points, 10 points behind Russia and five points ahead of the United States. 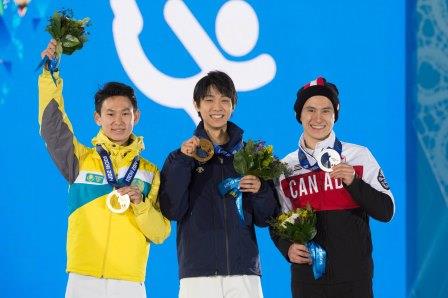 Kaillie Humphries and Heather Moyse successfully defended their Olympic gold medal in women’s bobsled at the 2014 Games. After the first two runs, Humphries and Moyse trailed Americans Elana Meyers and Lauryn Williams by 0.23 seconds. However, they closed the gap to 0.11 seconds in the third run. They then beat the Americans on the fourth run by 0.21 seconds to win Olympic gold by a tenth of a second. The best result for the Canadian men’s bobsled team was a sixth-place finish by Justin Kripps and Bryan Barnett in the two-man competition. 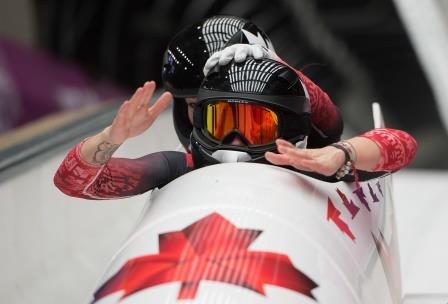 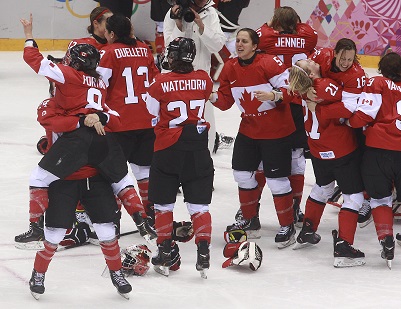 Canada defeats the United States 3–2 In overtime to win the gold medal in women's hockey game at the 2018 Olympic Winter Games in Sochi, Russia (20 Feb 2014). 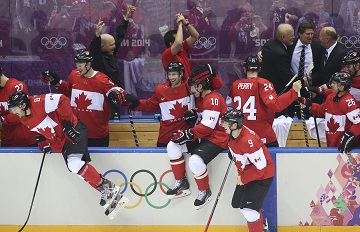 Canada celebrates their win over Sweden 3–0 in the men's hockey gold medal game at the 2018 Olympic Winter Games in Sochi, Russia (23 Feb 2014).
PreviousNext

In men’s hockey, the Canadian team was known for its stellar defense. In six games, Canada gave up a total of only three goals. Goaltender Carey Price had an impressive goals-against average of 0.59 in five games. In the final, Canada beat Sweden 3–0 to take the gold medal.

In women’s hockey, Canada trailed the United States 2–0 in the gold medal game with less than four minutes left in the third period. In a dramatic finish, Brianne Jenner and Marie-Philip Poulin each scored for Canada to tie the game. Poulin the scored the winning goal in overtime on a power play from Laura Fortino. The final score was 3–2. 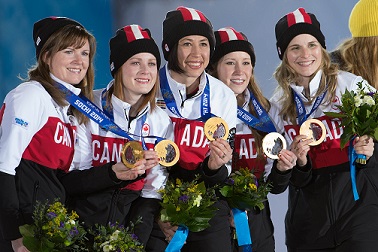 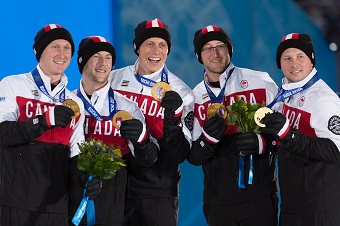 On the men’s side, the team was skipped by Brad Jacobs of Sault Ste. Marie, Ontario. The team got off to a slow start with two close losses to Switzerland and Sweden in their first three games. However, the team bounced back with six consecutive round robin victories and a 10–6 semifinal win over China before becoming the third consecutive Canadian men’s curling team to win Olympic gold.

Canada at the 1948 Olympic Winter Games