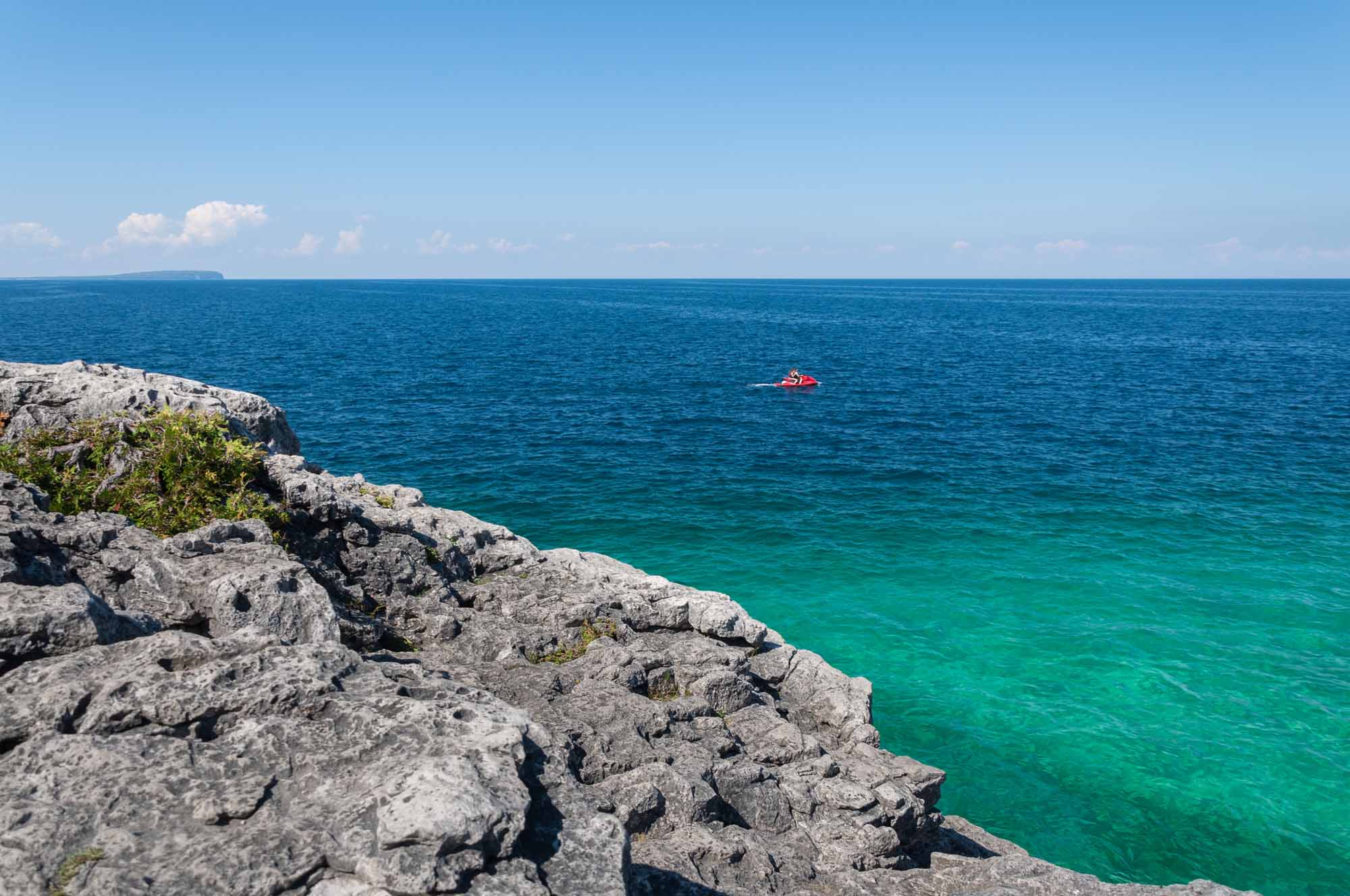 Located on the Georgian Bay, a large bay of Lake Huron, on the Bruce Peninsula in Southern Ontario, the park features a rugged limestone landscape. Photo taken on: August 27, 2011 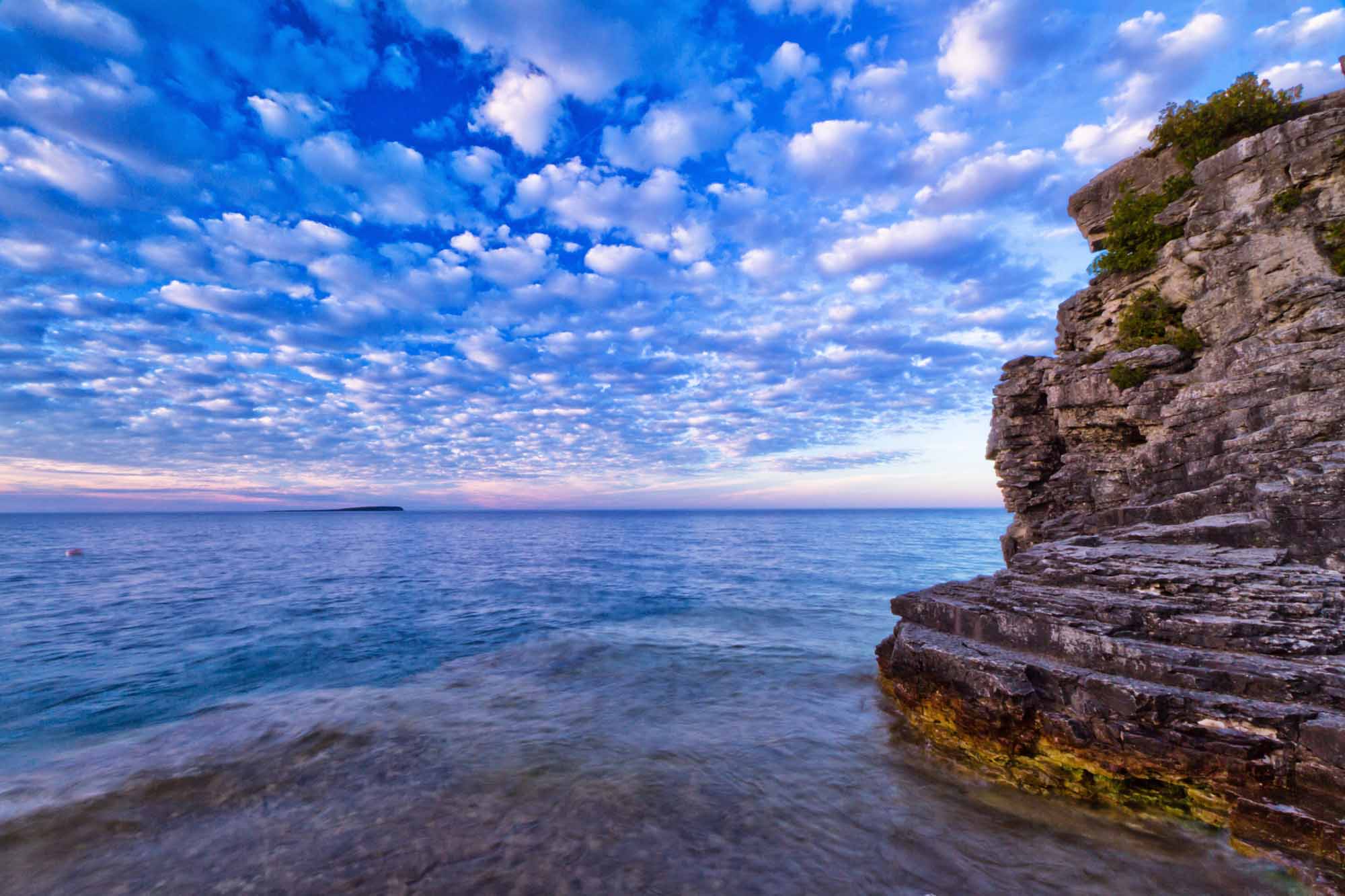 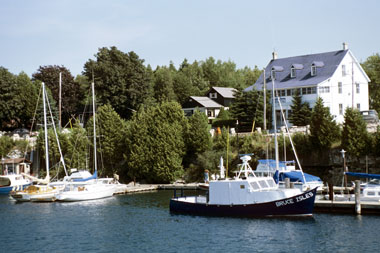 Tobermory lies at the tip of the Bruce Peninsula where it juts into Lake Huron (courtesy Parks Canada).
PreviousNext

Bruce Peninsula National Park (established 1987, 156 km2) consists of a former provincial park and private lands acquired on a "willing buyer-willing seller" basis. Over 75% of the total area of the park has been acquired.

The park is located on the northern tip of the Bruce Peninsula, at the northern terminus of the Niagara Escarpment. The area is a spectacular yet fragile land of rare orchids, limestone cliffs, ancient forests of cedar clinging tenaciously to cliffside habitats and unique Karst formations, including caves, sinkholes and underground streams. Bruce Peninsula National Park, along with Fathom Five National Marine Park (Canada's first National Marine Conservation Area encompassing a block of islands and water in Georgian Bay and Lake Huron), form the core area of the Niagara Escarpment World Biosphere Reserve.

The popular Bruce Trail hugs the edge of the Niagara Escarpment as it passes through the park to its northern terminus in the town of Tobermory. In addition to the Bruce Trail, there are many other hiking trails in the park. A campground is located at Cyprus Lake. Because of the clear water and numerous shipwrecks, scuba diving is popular in the area.