Brockville, Ont, incorporated as a city in 1962, population 21 870 (2011c), 21 957 (2006c). The City of Brockville is located on the St Lawrence River, 80 km east of Kingston. An important transshipment centre in the past, it remains a divisional point on the CNR and, as "gateway to the Thousand Islands," a major tourist centre. 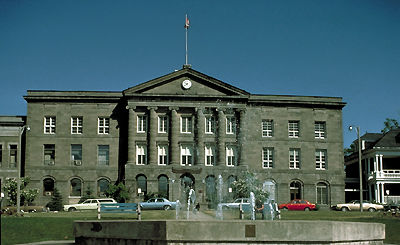 The stone Brockville Courthouse (1842-44), designed by John G. Howard, is one of Ontario's oldest public buildings (photo by Bill Brooks/Masterfile). 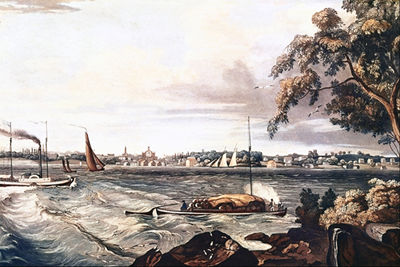 From Umbrella Island, 1828. The steamer on the left is probably invented. Watercolour by J. Gray (courtesy Metropolitan Toronto Library).
PreviousNext

Founded as a Loyalist settlement in 1784 by William Buell and Daniel and Charles Jones, it was called Elizabethtown and renamed in 1812 in honour of Maj-Gen Sir Isaac Brock. Nearby Blockhouse I was used as a quarantine station during a cholera epidemic (1832). The railway encouraged growth, and Canada's oldest railway tunnel was built (1854-60) from the river front over 500 m N under the city. For a time foundries and machine shops were active, but these have been replaced by electrical, electronic, pharmaceutical and chemical industries.

Many fine old houses survive and the massive stone Brockville Courthouse (1842-44), designed by John G. Howard, is one of Ontario's oldest public buildings. Newspaperman R. Ogle Gowan founded the Grand Lodge of British N America in 1830 (see Orange Order). The daily Recorder and Times has been published since 1821, longer than any newspaper in Ontario. A campus of St Lawrence College of Applied Arts and Technology is located here. 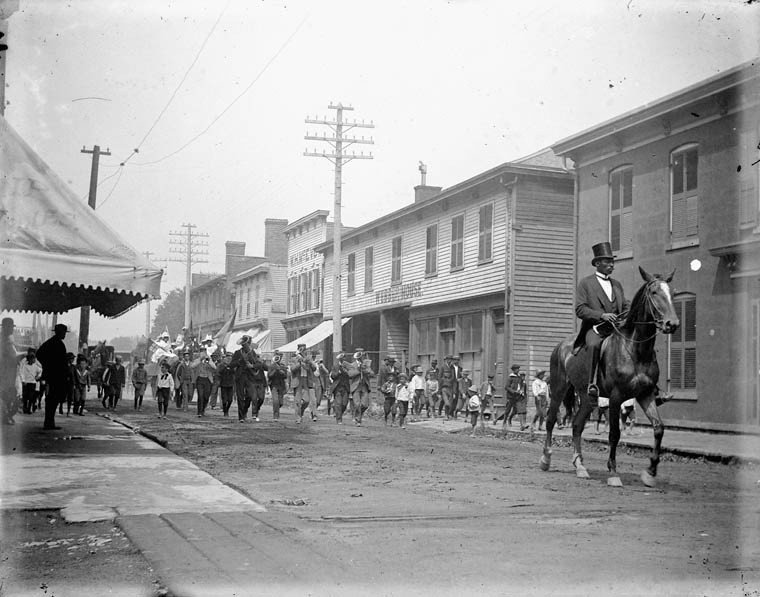