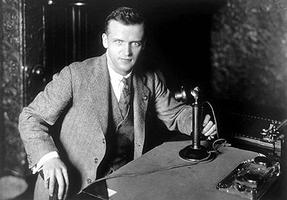 In Canada, as well as in many other countries, blindness is defined in such a way as to include persons who have some sight. The expression 6/60 (20/200) means that persons considered blind must come within 6 m (20 ft) of an object in order to see it, while persons considered sighted (ie, 6/6 vision, 20/20) can see that same object from 60 m. Those with approximately 10% or less of normal vision are therefore considered blind. This definition of blindness provides a practical model for organizations such as social-service agencies, educational, medical and government institutions.

Persons who feel that the term blind has certain psychological and social implications that do not apply to them because they retain some residual vision prefer the terms visually impaired . Many groups of blind and visually impaired persons, such as the Blind Organization of Ontario with Self-help Tactics and the Regroupement de l'association des amblyopes et aveugles du Québec, have played an important role in the awareness of blindness and visual impairment.

There are roughly 4 major causes of blindness and visual impairment in Canada: macular degeneration, diabetic retinopathy, glaucoma and cataracts. The remaining causes are from various diseases, genetic predispositions and accidents.

Macular Degeneration
The macula is a small spot near the centre of the retina. This area is responsible for control of colour vision. If the macula deteriorates, the centre of the person's field of vision becomes blurred, and the ability to read is lost. Macular degeneration seems to be part of the normal aging process.

Diabetic Retinopathy
The retina contains the light-sensitive nerve cells and fibres that transmit images to the brain. It is nourished by a network of blood vessels. In some diabetics, these fine blood vessels become more fragile and likely to bleed, causing loss of sight (see Diabetes Mellitus).

Glaucoma
Glaucoma is an eye disease associated with abnormal pressure in the eye causing degeneration of the optic disk and may restrict in the field of vision.

Cataracts
A cataract is a clouding of the crystalline lens of the eye. The purpose of the lens is to bring the light rays entering the eye to a focus on the retina. When the lens becomes cloudy, the light rays cannot get through and the person loses sight. The only treatment for a cataract is surgical removal of the lens and replacement by an artificial lens (see Ophthalmology).

There are many new surgical techniques that have been developed to help visually impaired individuals. Children with congenital cataracts are treated with surgery before they are a year old and are fitted with contact lenses. The laser is being used in some cases of diabetic retinopathy, glaucoma and macular degeneration. Many persons with partial sight can make use of various low vision aids.

Blindness and visual impairment should not restrict a person from living a full life. Many blind persons have productive careers, attend school and universities and participate in recreational activities. On the other hand, there are many blind and visually impaired Canadians who have not been as successful in their adaptation and who require extensive rehabilitation and social services.