Blaine Myron Higgs, engineer, politician, premier of New Brunswick (born 1 March 1954 in Woodstock, New Brunswick). Higgs is a mechanical engineer who first won elective office in 2010 as a Progressive Conservative Member of the Legislative Assembly of New Brunswick. He was sworn in as premier on 9 November 2018 and won reelection on 14 September 2020.

Blaine Myron Higgs, engineer, politician, premier of New Brunswick (born 1 March 1954 in Woodstock, New Brunswick). Higgs is a mechanical engineer who first won elective office in 2010 as a Progressive Conservative Member of the Legislative Assembly of New Brunswick. He was sworn in as premier on 9 November 2018 and won reelection on 14 September 2020. 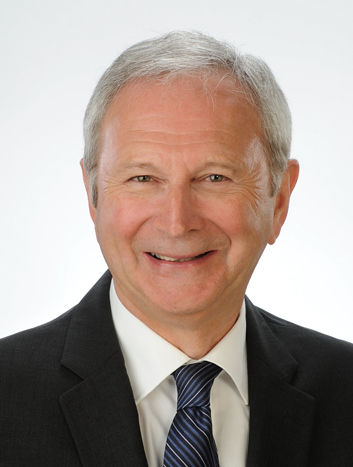 Higgs was raised in Forest City, a small community on the international border between New Brunswick and Maine. His father, Carl, was a customs officer and his mother, Bertha, was a teacher in nearby Fosterville. Higgs obtained a Bachelor of Science degree in mechanical engineering from the University of New Brunswick in 1977. Shortly after graduating, he went to work for Irving Oil in Saint John, New Brunswick.

As a young man, Higgs opposed New Brunswick’s Official Languages Act, which guarantees bilingual government services. In 1989, he ran for the leadership of the Confederation of Regions (COR) party, a newly created party devoted to repealing the law. Higgs placed second at the leadership convention but did not run for COR in the 1991 election, a campaign in which the party won eight seats and formed the Official Opposition.

At Irving Oil, Higgs took on increasingly senior roles. He helped negotiate a partnership between Irving and Spanish energy company Repsol to build a liquefied-natural-gas import terminal, which was announced in 2005. When he retired from the company in 2010, he was director of logistics and distribution and business development.

Higgs was nominated as the Progressive Conservative candidate for the Saint John-area riding of Quispamsis in the 2010 New Brunswick election. Unlike the Confederation of Regions party, the PC party supports official bilingualism. Higgs declared that his views on the issue had changed, noting his four daughters had been enrolled in French immersion. Higgs was elected, and the PC party won a majority government. Premier David Alward appointed Higgs the province’s new finance minister. Higgs set the tone for his four-year tenure when he asked New Brunswickers “to consider what's needed versus what's wanted.”

As finance minister, Higgs was frequently candid about his frustration with conventional politics. He publicly compared election campaigns to auctions in which politicians are at their most vulnerable and will outdo each other with spending promises to win votes. He refused to endorse Premier Alward’s controversial patronage appointment of a cabinet colleague, Margaret-Ann Blaney, as the CEO of a Crown corporation.

Despite Higgs’s frequent public comments about controlling public spending, he reduced spending year-over-year only once in his four-year tenure as finance minister. In his first budget, he cut expenditures by 1.6 per cent for the 2011–12 fiscal year. In subsequent years, stagnant revenue combined with modest but real increases in spending prevented him from achieving his goal of balancing the budget before the 2014 election. In his final budget, Higgs projected a deficit of $391 million. (The figure was later revised to $361 million.) He asserted that his efforts to reduce spending further were stymied by cabinet colleagues worried about reelection. "During an election period, a lot of focus gets off the planned initiatives," he said.

The Progressive Conservatives lost the 2014 election, but Higgs was reelected in Quispamsis. Two years later, he ran to replace David Alward as party leader, casting himself as an outsider. He also vowed to avoid campaign spending promises to “buy elections.” Most of the PC caucus in the legislature supported other candidates, and many members of the party establishment were afraid that his inability to speak French would harm the party’s election chances. Despite their concerns, Higgs won the leadership on the third ballot.

Ahead of the 2018 provincial campaign, the governing Liberals under Premier Brian Gallant used Higgs’s career with Irving Oil to paint him as a friend of big business who did not understand the concerns of ordinary New Brunswickers. Higgs responded that his three decades with the company allowed him to own a home, raise four daughters in the province and relate to working families. Higgs also sought to persuade francophones that he was sympathetic to their language rights, despite his past involvement with COR. “I have a different perspective on things today,” he said.

On election day, the incumbent Liberals captured a higher share of the vote (37.8 percent compared to 31.9 per cent for the PCs), but the Tories won 22 seats, one more than the Liberals but still short of a majority. The Green Party and the People’s Alliance, a new rural-based, right-wing party, captured three seats each. Gallant’s Liberals attempted to stay in power by introducing a throne speech and scheduling a confidence vote. The three Alliance members pledged to support Higgs’s Progressive Conservatives on all confidence votes for 18 months and helped the PCs defeat the Liberal government on 2 November.

Higgs was sworn in as premier on 9 November and won a confidence vote on 30 November, again with Alliance support. The new government moved quickly on several issues. Higgs declared that the result of the confidence vote allowed him to carve out a local exemption, near the town of Sussex, to a province-wide, Liberal-imposed moratorium on shale gas fracking. He also introduced legislation to rein in soaring workers’ compensation premiums and introduced a capital budget that slashed more than $200 million from planned infrastructure spending, postponing several major projects.

On 18 December, the Higgs government announced it would relax bilingual hiring requirements for paramedics in some regions of the province to address staffing shortages, an issue that had been championed by the People’s Alliance. The decision prompted accusations that the PCs were violating the Official Languages Act and bilingualism provisions of the Charter of Rights and Freedoms. Higgs said the measures were only temporary, but the lone francophone member of the PC cabinet said he considered resigning over the issue. A month later, the government reversed its position and declared that ambulances have to provide service in both official languages. A court ruling later upheld that requirement.

In his first year as premier, Higgs balanced the budget and reduced the debt. He also had a year-long legal battle with unionized nursing-home workers over their right to strike. In December 2019, his government won passage of a bill that requires labour arbitrators to consider the government’s “ability to pay” in nursing-home salary disputes.

Higgs also opposed the federal carbon tax, which had been imposed on New Brunswick on 1 April 2019 by the federal government under Justin Trudeau. (The tax was imposed on any province that did not have an approved carbon pricing plan.) He joined other provinces that were challenging the constitutionality of the tax. However, after the October federal election, when Trudeau’s Liberals won the popular vote and a majority of federal seats in New Brunswick, Higgs declared that he would respect the outcome and end his opposition to the tax. His officials drafted a provincial carbon tax that was approved by the federal government. It is due to take effect on 1 April 2020.

In early August 2020, five months into the COVID-19 pandemic, Higgs sent a letter to all three opposition parties. In the letter, he asked the parties to support his government either until the province’s fixed election date in October 2022, or until the pandemic was over. As the leader of a minority government, Higgs’ request meant that opposition parties needed to promise not to defeat his government on confidence votes. At the time of the letter, Higgs’s approval ratings were at a record high. His justification for the request was to provide the province with stability during the pandemic.

When the Liberal Party pulled out of negotiations, Higgs called an election. On 14 September 2020, New Brunswick held the first general election in Canada since the start of the COVID-19 pandemic. Voters elected a majority PC government. The PCs received 27 seats, the Liberals 17, the Greens three and the People’s Alliance two.

Higgs has been married to his wife, Marcia, for 40 years. They have four daughters, Lindsay, Laura, Sarah and Rachel, and four grandchildren.