Polson, Arthur (Ludwig). Violinist, composer, conductor, b Vancouver 2 Mar 1934, d there 25 Feb 2003. His father wrote pop songs, including 'The Hope Mountain Waltz' recorded by US bandleader Bob Crosby. Polson began violin lessons with his father at four and studied subsequently with Joy Calvert and Gregori Garbovitsky in Vancouver and with Louis Persinger both at the Music Academy of the West, Santa Barbara, Calif, and privately in New York. He was a member 1954-62 of the Vancouver Symphony Orchestra (in 1958 he gave the Canadian premiere of the Shostakovitch Violin Concerto No. 1, with Irwin Hoffman conducting), concertmaster 1962-4 of the Victoria Symphony Orchestra, and briefly (1965) deputy concertmaster of the Vancouver Symphony Orchestra. He played for 12 years in the Cassenti Players. He was concertmaster of the Winnipeg Symphony Orchestra 1966-86, of the Manitoba Chamber Orchestra 1970-86, and of the CBC Winnipeg Orchestra 1966-75, and conducted the latter frequently, introducing new works by Alan Hovhaness and others. He was also conductor 1966-72 of the Winnipeg Youth Orchestra. In 1967 he formed the Festival Quartet Canada and in 1970 he organized the Festival Players Canada (which in the 1990s released CDs that included works by Victor Davies and Polson's Two Pieces for Violin and Piano. He performed as a soloist and chamber musician in Canada and the USA, appearing at Expo 67 and in 1966 and 1968 at the Stratford Festival. He taught 1970-1 at the University of Manitoba and was conductor of the Greater Winnipeg Schools' Orchestra. In the fall of 1984 he was music director of the Royal Manitoba Festival to celebrate the visit of Queen Elizabeth II to Manitoba.

On his return to Vancouver in 1986 he became co-concertmaster (with Campbell Trowsdale) of the Vancouver Opera orchestra and from 1987-2003 was conductor of the Vancouver Youth Symphony Orchestra. He led the latter orchestra on tours of Germany, Austria, the Czech Republic, Russia, Scotland, and Australia, and recorded several CDs with them. He was adjudicator for the 1997 E-Gré string competition. He also played in various chamber groups with Ian Hampton and Melinda Coffey, among others, and played as a freelance violinist until his death.

Polson was a prolific composer, and was especially influenced by the works of Alun Hoddinott, Prokofiev, Shostakovitch, and Vaughan Williams. His works include a Concertino (1957) for violin and strings, Tension No. 2 (1958) for violin (or flute) and orchestra, Introduction and Scherzo (1959) for cello and orchestra, Concerto (1965) for bassoon and strings (written for George Zukerman), a Concerto (1974) for flute, strings, and percussion commissioned by the Manitoba Chamber Orchestra, a Concerto for trumpet and orchestra commissioned by the Winnipeg Symphony Orchestra and premiered 24 Feb 1978 by the orchestra and Ramon Parcells, and a Triple Concerto for oboe, bassoon, piano, strings, and timpani commissioned by the CBC and dedicated to the Manitoba Chamber Orchestra in 1978. Other works include a Quartet (1964) for violin, oboe, clarinet, and bassoon, an Organ Concerto (1969), two String Quartets (1966, 1974), and various other chamber pieces and songs. His Duo No. 5 for horn and piano has been recorded by Gloria Johnson and William Aide (CBC SM-79). Polson was an associate of the Canadian Music Centre.

Polson's wife, Nora (b Borrowman), actress, singer, was born in Vancouver; her father, Alexander Borrowman, composed over 400 songs. She spent five years as a child actress in Hollywood in films such as The Starmaker (with Bing Crosby) and Destry Rides Again (with Jimmy Stewart and Marlene Dietrich), and later was associated with productions of the Greater Vancouver Operatic Society and the Vancouver Opera Association. 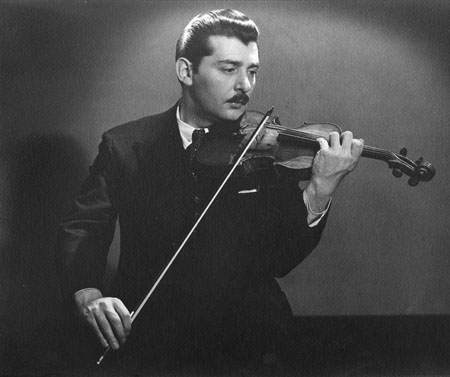