Anne Marie Moss. Singer, teacher, b Toronto 6 Feb 1935. Except for lessons in breath control from Portia White in 1955, she did not study formally. She began performing as a child and sang jazz first in the early 1950s with the groups of Joey Masters and Calvin Jackson, two US pianists then living in Toronto. She also sang with the dance bands of Ferde Mowry and Benny Louis and throughout the 1950s appeared on CBC TV variety shows. She performed occasionally with the jazz groups of Norman Symonds and Ron Collier and toured 1956-8 in Canada and the USA with the saxophonist Don Thompson.

In 1959 she joined Maynard Ferguson's big band in the USA, where she also sang with the Count Basie Orchestra and replaced Annie Ross briefly in the jazz vocal trio Lambert, Hendricks & Ross. In 1961 she married, and began singing with, the US singer-guitarist Jackie Paris. The two appeared together until 1980 in nightclubs across the USA and made the LP Live at the Maisonette (Different Drummer 1004). When they made a rare Canadian appearance at the Toronto nightclub Bourbon Street in 1976, Jack Batten wrote: 'Miss Moss' voice and attack... have grown more middle-of-the-road than they were in her earlier Toronto days. She seems to go in less for lofty flights and improvisations and concentrates more on plain old projection and communication. She's got all the equipment for that job - excellent diction, an intelligent awareness of lyrics, and a voice that's pure, professional and very assured' (Toronto Globe and Mail, 13 Oct 1976).

Moss resumed her solo career in 1980, recording the album Don't You Know Me? (Stash ST-211, issued in 1981) and appearing in concert, in nightclubs, and at colleges. She performed on several occasions in Toronto during the 1980s. Moss has taught voice privately and, beginning in 1987, at the Manhattan School of Music, New York. 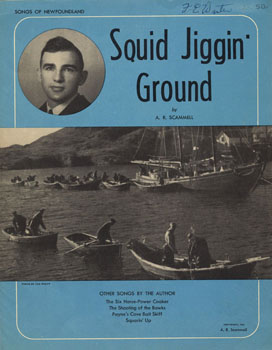