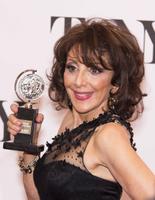 Andrea Martin, actress, writer (born at Portland, Maine 15 January 1947). Educated at Emerson College, Boston, and the Sorbonne, Paris, she gained prominence as a versatile and wildly imaginative regular on the Canadian SCTV (Second City Television) comedy television series, produced in Toronto and Edmonton between 1977 and 1984, working with such actors as John Candy, Catherine O'Hara, Joe Flaherty and Eugene Levy. She received Emmy Awards in 1982 and 1983 as a writer for SCTV and was nominated for an Emmy Award as an actress for SCTV in 1982. She appeared in the films Cannibal Girls (1973), Black Christmas (1974), Club Paradise (1986), Rude Awakening (1989), Stepping Out (1991), Bogus (1996) and Wag the Dog (1997).

She gained much of her early stage experience in Canada, appearing opposite Martin Short in What's a Nice Country Like You Doing in a State Like This? (1974) at Toronto's Theatre in the Dell, playing Maisie in The Boy Friend (1974) at Theatre London, the Old Lady in Candide and Sibyl Chase in Private Lives (1978) at the Stratford Festival. Equally at home with Shakespeare or musicals, Martin played Mistress Quickly in The Merry Wives of Windsor at the New York Shakespeare Festival in 1994 and Alice in My Favorite Year at the Vivian Beaumont Theatre, New York, in 1992. She received the Theatre World Award and the Tony Award as Best Featured Actress in a Musical for My Favorite Year.

Martin continues to be active in Broadway musical theatre, playing the "old lady" in the 1997 Tony Award-winning revival of Candide, directed by Harold Prince, and playing Aunt Eller in the 2002 revival of Oklahoma! She received Tony nominations for Best Featured Actress in a Musical for both roles. She took over the part of Golde opposite Harvey Fierstein in the long-running revival of Fiddler on the Roof in 2005. 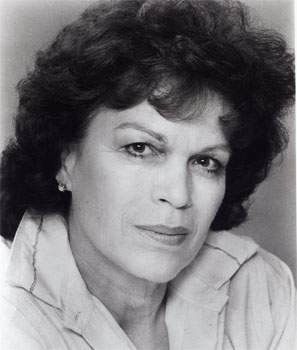