André Turp. Tenor, b Montreal 21 Dec 1925, d there 25 Feb 1991. He took voice lessons from Édouard Woolley and Frank H. Rowe and then worked at the CMM with Ruzena Herlinger. He was awarded a Quebec government grant in 1949 and went to Italy to study with Hélène Vita. He made his stage debut in 1950 in operettas with the Variétés lyriques and took part in several CBC programs. In 1956 he sang Cavaradossi in Tosca, Rodolfo in La Bohème, and Roméo in Roméo et Juliette in New Orleans. With the Opera Guild of Montreal he sang Cavaradossi (1957), Fenton (Falstaff, 1958), and Macduff (Macbeth, 1959). With the MSO in 1959 he sang Jason in Cherubini's Medea. Shortly thereafter he made his New York debut with the American Opera Society as Fritz in a concert performance of Offenbach's The Grand Duchess of Gerolstein, an operetta he had sung in 1958 on CBC TV.

Turp made his debut with the Royal Opera, Covent Garden, 5 Feb 1960 as Edgardo in Lucia di Lammermoor opposite Joan Sutherland. He was with that company for several seasons and appeared in numerous roles including Turridu (Cavalleria Rusticana), des Grieux (Manon), Rodolfo, Pinkerton (Madama Butterfly), Cavaradossi, Alfredo (La Traviata), and Rinuccio (Gianni Schicchi). He also sang the leading tenor roles in Gluck's Iphigénie en Tauride, Walton's Troilus and Cressida, and Tippett's The Midsummer Marriage.

In 1961 Turp was invited to Glyndebourne, where he sang in Henze's Elegy for Young Lovers, among other works. He participated in numerous performances at the Opera and the Opéra-Comique in Paris, augmenting his usual repertoire with the leading roles in Louise and Werther. He performed in theatres in Switzerland, Portugal, and Spain. In 1963 the Teatro del Liceo, Barcelona, conferred on him a gold medal for his performance of Werther, a role he sang with great success more than 500 times in Europe and America.

In Montreal Turp sang Ferrando in Così fan tutte (1962) and Angelo in Gilbert Bécaud's Opéra d'Aran (1965). He sang Hoffmann in The Tales of Hoffmann with the COC in Toronto and Montreal in 1967 and repeated the role with the New York City Opera in 1973.

Turp sang opposite Montserrat Caballé, Régine Crespin, Rita Gorr, Victoria de los Angeles, Beverly Sills, and other operatic luminaries. In 1972 for the BBC he sang the title role in Verdi's Don Carlos, revived in French for the first time in 100 years, in company with the Canadians Édith Tremblay, Émile Belcourt, Robert Savoie, and Joseph Rouleau. 'Critics have acknowledged his noble and passionate voice, with its glorious timbre, evenly balanced in all registers' (Renée Maheux in Le Devoir, 12 Apr 1976).

In 1976 Turp was a founding member of the Mouvement d'action pour l'art lyrique du Québec. He reminisced about his career on the CBC TV program 'Propos et confidences' (28 Feb and 7 and 14 Mar 1978). In 1983 he sang his last role, Macduff in Macbeth, for the Opéra de Montréal. He taught voice at the CMM 1979-89 and served on jurys for international competitions in Toulouse and Verviers. 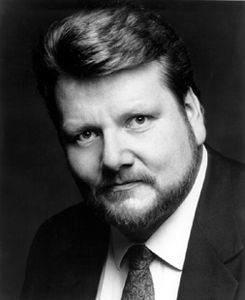