André Jobin, tenor, actor, stage designer (born 20 January 1933 in Québec, QC). The son of tenor, Raoul Jobin, André began his artistic training in Paris, France. André had a successful career as a singer and actor, and he performed in operas and operettas throughout Europe and North America (see Opera Performance).

André Jobin, tenor, actor, stage designer (born 20 January 1933 in Québec, QC). The son of tenor, Raoul Jobin, André began his artistic training in Paris, France. André had a successful career as a singer and actor, and he performed in operas and operettas throughout Europe and North America (see Opera Performance).

Born in Québec City, André was the son of the well-known French-Canadian tenor, Raoul Jobin (born Joseph Roméo Jobin). After 10 years in New York, André went to Paris, where his family had settled, and began studying drama with Pierre Bertin and Suzanne Nivette of the Comédie Française. In 1952 he performed as a member of the Compagnie Jean-Louis Barrault-Madeleine Renaud in Europe, the United States and Canada. During this time, he also studied singing, first with his mother and later with soprano Janine Micheau. As a singer André made his debut in 1958 at the Théâtre de l'Étoile in Nouvelle-Orléans, a musical comedy by Pascal Bastia and Sydney Bechet, who starred in it. His aptitude for playing juvenile leads in operetta was demonstrated in Joseph Kosma's Bilitis et l'amour (in the role of Cynésias) and in Georges Van Parys's Le Jeu des dames (1960). The following year he tackled classical operetta, particularly the Viennese, where the leading roles gave him ample opportunity to display his talents as a singer and actor.

André Jobin turned to opera in 1963, performing the title roles in Christoph Willibald Gluck's Orphée, Joseph Haydn's The Apothecary, and especially Pelléas et Mélisande. He first sang Pelléas in 1963 at the Opéra-Comique in Paris and repeated it in the famous houses of Berlin, Brussels, Madrid, and San Francisco, where a reviewer declared: “Vocally brilliant was the new young tenor, André Jobin, who made a thoroughly believable and princely Pelléas” (San Francisco Chronicle, 5 November 1965). He repeated the role of Pelléas at the New York City Opera in 1970.

Jobin successfully pursued his career in operetta by performing in premieres and in standard repertoire in France and in many other countries. He went to Australia in 1968 to perform Valses de Vienne and made his CBC TV debut as Ange Pitou in Charles Lecocq's La Fille de Madame Angot. He then played the role of Guy Florès in Ralph Benatzky's L'Auberge du cheval blanc at the Théâtre du Châtelet in Paris (1968–69). His participation in the recording of Lecocq's operetta Le Petit Duc earned him the 1968 Grand prix du disque. In 1970 he sang in Die Fledermaus in Geneva and The Merry Widow on CBC TV.

His career took a new direction in mid-1971 when he accepted the producer Harold Fielding's invitation to sing the role of Gaylord Ravenal in a London production of Jerome Kern's Showboat at the Adelphi Theatre. His success in the starring role was so great that he remained in London for almost three years, performing it 935 times. He returned to Paris in 1974 in Jacques Debronkart's Les Aventures de Tom Jones and then embarked on a series of performances of Il était une fois l'opérette at the Théâtre Bobino, a show that had a successful run in Paris before touring Canada in 1975. Jobin again distinguished himself on the immense stage of Le Châtelet in 1978 singing Michel Andrassy in the revival of Franz Lehar's Rose de Noël and Boris in Francis Lopez' Volga at the same theatre. The daily L'Aurore described his performance in Rose de Noël: “André Jobin is the house tenor par excellence. He has youth, vitality, and charm and is one of those singers who are no more afraid of high Cs than of soft notes” (17 November 1978). In 1979 he sang the role of Sou-Chong in seven performances of the operetta Land of Smiles at the Grand Théâtre in Quebec City in a production by the Société lyrique d'Aubigny. He sang the role of Angelo in the Italian premiere of Gilbert Bécaud's Opéra d'Aran (1982). He also played such tenor roles as Werther, Roméo, Le Cid (by Jules Massenet) and Don José. He staged Manon at the Opéra de Québec (1988) and The Merry Widow at the Opéra de Montréal (1991). André performed more than 2000 times on the Parisian stage and played 96 different roles in some 170 cities throughout the world. 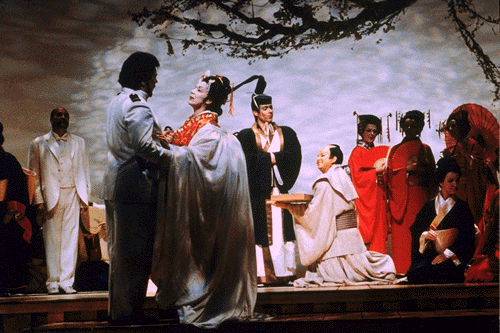 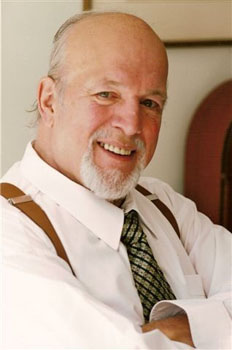