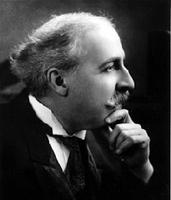 His major work, Cain, was one of the first oratorios composed by a Canadian.

Alexis Contant, composer, organist, teacher, pianist (b at Montréal 12 Nov 1858; d there 28 Nov 1918). The first Canadian composer of importance not to have studied abroad, Contant was mainly self-taught and worked at his craft by studying the scores of the masters. He nevertheless trained in harmony, counterpoint and composition with Calixa Lavallée after receiving organ and piano lessons from Joseph A. Fowler.

In 1885 he became organist at St-Jean-Baptiste Church in Montréal, a position he retained until his death. His teaching duties, however, took most of his time and energy: he taught at the Collège de Montréal, the Hochelaga Convent, the Collège du Mont-St-Louis and the Conservatoire national, as well as giving private lessons. His studio was attended by numerous pupils who later achieved fame, including Claude Champagne, Rodolphe Mathieu and Wilfrid Pelletier. His major work - Caïn - one of the first oratorios composed by a Canadian, was premiered in 1905 in the presence of Sir Wilfrid Laurier, then prime minister of Canada. His second oratorio, Les Deux Âmes, was completed in 1909 but not performed until 1913. Contant also wrote several masses and chamber music pieces, of which the Trio for violin, cello and piano is most often performed. While his melodic lines often recall Fauré, his works are akin to those of Gounod and Saint-Saëns in form and aesthetic. In 1962 an avenue in Montréal was named in his honour.