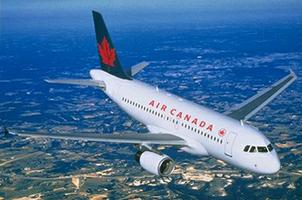 Air Canada was incorporated as Trans-Canada Air Lines by an Act of Parliament on 10 April 1937 to provide a publicly owned air transportation service. Stock was vested in Canadian National Railways (CNR). Scheduled operations commenced on 1 September 1937 when passenger and mail service was inaugurated between Vancouver, BC, and Seattle, Washington. Transcontinental passenger and mail service was introduced on 1 April 1939 from Montréal/Toronto to Vancouver via Ottawa, North Bay, Kapuskasing, Winnipeg, Regina, Lethbridge and Edmonton routes with the fleet of 12 10-passenger Lockheed 14Hs and six 14-passenger Lockheed Lodestars.

The name of the airline was changed by an Act of Parliament from Trans-Canada Airlines to Air Canada in 1964. Under the Air Canada Act of 1977, the airline's charter was brought up to date. The common shares passed from CNR to the Crown and the company was made subject to the jurisdiction of the Canadian Transport Commission. In 1987 the airline introduced routes across the Atlantic to Glasgow, Manchester, London, Paris, Zurich, Düsseldorf, Munich, Geneva and Frankfurt, Bombay and Singapore, as well as cargo flights to Shannon and Brussels. In addition, Air Canada was providing extensive service to the US and the Caribbean. The airline's fleet in 1987 consisted of 113 aircraft, which included five Boeing 747, 16 L-1011 (manufactured by Lockheed), 36 Boeing 727 and 14 Boeing 767.

Like most other airlines, Air Canada expanded dramatically in the 1960s and 1970s, but amid rising fuel costs and price wars recession hit in the mid-1970s. Before restrictions were removed for CP Air, Air Canada had 77.8% of domestic traffic. However, passengers and cargo declined drastically in the early 1980s. The company responded with pay cuts and equipment sales. In 1986 Air Canada's investment in other companies included GPA Group Ltd (22.7%), Innotech Aviation Ltd (30%), MATAC Cargo Ltd (50%) and Global Travel Corporate Holdings Ltd (86.5%). Air Canada purchased Nordair in 1979 and sold it in May 1984.

In 1983 the airline suffered three incidents: a DC-9 skidded off an icy runway at Regina; on June 2, 23 passengers were killed in a fire of a DC-9 at Cincinnati; and a B-767 ran out of fuel and was guided by its pilot, with luck and skill, to a safe landing at Gimli.

In 1984 Economic Regulatory Reform (ERR) introduced a deregulation program that generated significant changes in the airline industry. Air Canada and Canadian Airlines International Limited (CAI) emerged as the country's trunk carriers competing on most major domestic routes. The regional airline industry disappeared and commuter airline "families" owned by the major carriers emerged. These airline families were incorporated into a mega-carrier structure, with Air Canada joining the United/Lufthansa-led Star Alliance and CAI joining the American/British Airways-led "oneworld" structure. The mega-carrier alliances competed with each other and with other international conglomerations.

The government privatized the company in 1989 but its financial losses continued. In summer 1992 Air Canada and Canadian Airlines began negotiating a merger that was ultimately unsuccessful. Air Canada entered into an agreement with Continental in December 1992. In 1995 the Open Skies Agreement signed by Jean Chrétien and Bill Clinton gave carriers on both sides of the Canada-US border access to trans-border markets. In 1997 Air Canada operated a fleet of 219 aircraft, with more than 1200 scheduled daily flights to 120 destinations in Canada, the US, the Caribbean, the Middle East and Asia.

In 1999 it appeared that the future of the company was again in doubt, with rival takeover bids under consideration. It was apparent that CAI would need substantial financial bolstering to continue operating as a major national airline. In June, Air Canada proposed to purchase CAI's international routes. The government suspended competition rules to 90 days to allow the airlines and other interested parties, such as Onex Corp. led by Canadian financier Gerry Schwartz, to discuss restructuring proposals. On 4 January 2000, Air Canada formally assumed control of CAI.

The honeymoon would not last long as Air Canada turned into a bigger target for discount carriers, notably WestJet of Calgary, Alberta. At the end of 2000, the company issued a profit warning and cut 3500 jobs. Following the events of 11 September 2001 when terrorists attacked the World Trade Center in New York, Air Canada, like much of the rest of the world's carriers, experienced significant turmoil, turmoil that would see it undergo a massive restructuring effort.

Immediately following the terrorist attacks, Air Canada appealed to the Canadian government for $4 billion in aid and also moved to cut 5000 jobs and ground 84 of its aircraft. In early October, in an effort to respond to the success of WestJet's business model, Air Canada launched a discount brand, Tango, but soon realized that the move did not go far enough. On 27 March 2002, Air Canada launched a low-fare subsidiary, Jazz, combining the assets of its former regional carriers (Air Ontario, Air BC, Air Nova, and Canadian Regional) into one entity. The final element of the airline's new emphasis on discount carriers came a few weeks later with the launch of Zip, a discount carrier focused on the western Canadian market.

Despite the changes, Air Canada failed to restore its financial health and in early 2003 reported a loss of $428 million for the 2002 fiscal year. A subsequent reduction of its workforce by some 10%, or 3600 employees, did not achieve the intended results and the airline obtained creditor protection under the Companies' Creditor Arrangement Act (CCAA) on 1 April 2003.

Air Canada and the union representatives met at the bargaining table and managed to achieve significant reductions in both numbers of employees and wages for those who remained, all with a view towards presenting a company with good prospects to potential investors.

Following some dispute about who would ultimately approve of the investor, Air Canada announced on 4 December 2003 that it had chosen Hong Kong investor Victor Li (co-chairman of Husky Energy and son of real estate magnate Li Ka-Shing), whose firm, Trinity Time Investments (Trinity), was ready to invest $650 million in exchange for a 31% stake in the airline. It soon emerged, however, that the deal was conditional on further concessions, notably in the area of pensions.

The unions strongly voiced their opposition to any further cuts and believed they had given up enough. Over a three-month period Air Canada negotiated with the unions, amidst reporting a $1.87 billion loss for the 2003 fiscal year, but the unions refused to budge. With no resolution in sight, Trinity withdrew its offer, leaving the airline in a precarious situation.

Air Canada was once again left to look for a much-needed cash injection. The Deutsche Bank agreed to underwrite a financing package of $850 million but, much like Trinity, it demanded additional concessions. After much negotiation and resistance, notably from the Canadian Auto Workers union, Air Canada achieved a four-month extension of the protection from its creditors on 21 May 2004.

The carrier that many still regard as "Canada's national airline" has come a long way since its celebrated launch in 1937. The consequences of being a full participant in the marketplace, whether from increasing competition or a cyclical economy, have left their mark and Air Canada is, it appears, in the final stages of one of the most defining and challenging situations in its history. The outcome, whichever way it may go, will no doubt have a lasting effect on the way Canadians travel. 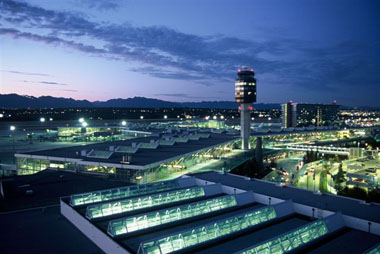