Lord Stanley and the Stanley Cup 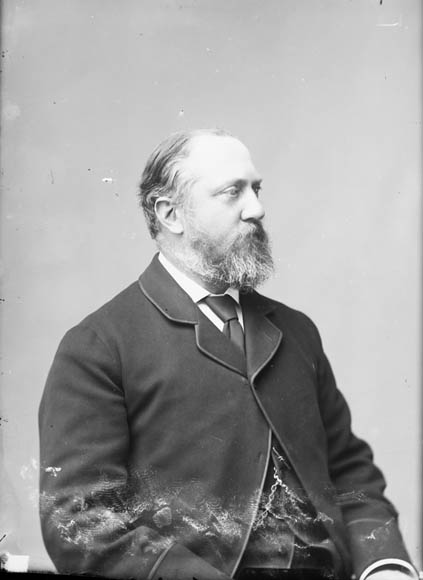 Was there ever a “golden age” of sport? Lord Stanley hoped to contribute to one when he donated his famous Cup in 1892.

Lord Stanley of Preston, who was governor general of Canada from 1888 to 1893, was one of those devoted British sportsmen who helped create the world of organized sport that dominates our culture today. The British gave the world football (soccer), rugby, golf, cricket and many other sports — all in the name of developing healthy bodies and minds that could hold the far-flung British Empire together.

During his first winter in Canada, Lord Stanley attended the Montreal Winter Carnival and watched his first hockey game on 4 February 1889 — a contest between the Montreal Victorias and the Montreal Amateur Athletic Association (MAAA). According to the Montreal Gazette, he “expressed his great delight with the game of hockey and the expertise of the players.”

Lord Stanley became a fan, and his daughter, Isobel, and sons, Arthur, Algernon and Edward, quickly took up the sport. Stanley sponsored a large outdoor rink at Rideau Hall and gave his blessing to a Government House hockey team, the Rideau Rebels, on which sons Algernon and Arthur played.

In 1892, Lord Stanley decided to donate a trophy to be awarded to the top ice hockey team in the country. The gold-lined silver bowl was ready for the 1892–93 season. (Stanley paid for it out of his own pocket. It cost him $48.67.) Initially called the Dominion Hockey Challenge Cup, it soon took the name of its donor. 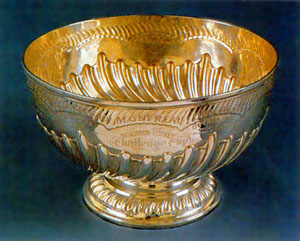 On 15 May 1893, the Cup was awarded to the Montreal Athletic Association, whose affiliate hockey team was the 1892–93 champion of the Amateur Hockey Association of Canada. The first challenger for the Cup was the Ottawa Hockey Club (OHC).

The first Stanley Cup playoff game took place in Montreal on 22 March 1894 between the MAAA and the OHC. Newspapers reported a spirited crowd of some 5,000. According to the Montreal Gazette, “Tin horns, strong lungs and a general rabble predominated. The match resulted in favour of Montreal by three goals to one. The referee forgot to see many things.” The newspaper also reported, “There was ‘siss-boom-ah,’ ‘rah-rah-rah’ and several other audible tokens of imbecility and enthusiasm mixed…. Every lady almost in the rink wore the favours of their particular club and never did belted knight in joust or tourney fight harder than the hockey men.”

Was this the golden age of sport, when devoted amateurs competed for club and community and for the love of the game? When small Canadian communities could compete with the biggest cities for hockey’s holy grail? Early winners of the Cup included the Winnipeg Victorias, Ottawa Silver Seven, Montreal Wanderers, Kenora Thistles and Quebec Bulldogs.

In 1926, the Stanley Cup became the exclusive domain of the National Hockey League, likely against the intentions of its donor. The values of commercialism would prevail, putting the Cup beyond the reach of all but a few Canadian teams.