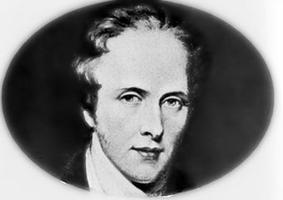 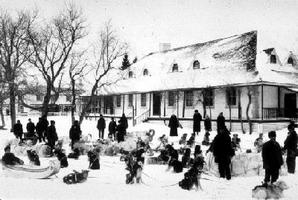 The Big House, which included a residence for the Chief Factor, apartments and a large dining hall (courtesy Hudson's Bay Co). 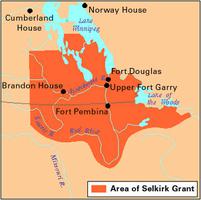 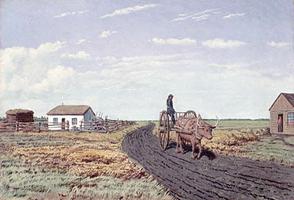 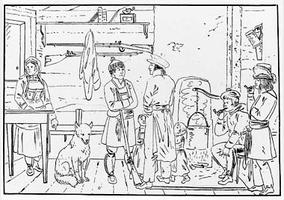 An artist's rendition of life in the Red River Colony (drawing by Peter Rindisbacher, courtesy Library and Archives Canada/C1937).
PreviousNext

The Red River Colony, a key part of Manitoba's rich history, was a settlement on the Red and Assiniboine rivers whose boundaries crossed parts of what are now Manitoba and North Dakota. Founded in 1812 by Thomas Douglas, 5th Earl of Selkirk, the colony grew through times of extreme hardship into a multiracial society. It was the site of the Red River Resistance before reluctantly joining Canada as the province of Manitoba.

Since 1801 the Earl of Selkirk had sought British support for a settlement in the region occupied by the Hudson's Bay Company (HBC), but it was not until he and his family had gained control of the company in 1810 that his scheme became practical. In 1811, the HBC granted Selkirk some 300,000 km2 of the land it had claimed in the Winnipeg Basin, which he called Assiniboia. Under Miles MacDonell, Selkirk's choice as governor, an advance party was sent from Scotland to Hudson Bay in July 1811 and finally arrived on the Red River on 29 August 1812. A second group joined them in October. MacDonell established his base near the junction of the Red and Assiniboine Rivers (now downtown Winnipeg) with a subsidiary centre 130 km south at Pembina (North Dakota).

The settlers had difficulty becoming self-sufficient, and only the assistance of resident North West Company traders and local freemen enabled them to survive. Naturally bellicose and fearing that new settlers would strip the area of food supplies, MacDonell attempted to monopolize the region's provision trade through the Pemmican Proclamation of 8 January 1814, by which he prohibited the export of provisions from the region. This threat to the NWC's transcontinental transportation system — which took provisions, especially pemmican, from the area to supply its canoe brigade — led the Nor'Westers and their Métis allies to retaliate. In early 1815, the Nor'Westers enticed many colonists back to Canada by promising better land. MacDonell was arrested, the remaining inhabitants withdrew, and the settlement was burned.

Later that year the colony was reoccupied under Colin Robertson, and Robert Semple replaced MacDonell as governor. Continual complaint with the North West Company (a commercial fur trade competitor with the Hudson's Bay Company) led in 1816 to the violent Seven Oaks incident and the killing of Semple, after which the Nor'Westers again evacuated the colony. Meanwhile, Selkirk had recruited new settlers among the De Meurons, discharged mercenary soldiers, and was leading this group to Red River when he learned of Seven Oaks.

On 13 August he seized the NWC's Fort William, which lay on his route, and on 10 January 1817 sent a force to retake Fort Douglas. When Selkirk finally arrived that July, he distributed land and restored the settlers' confidence, promising them schools and clergymen. Roman Catholic priests arrived in 1818, but not until 1820 did a Protestant missionary come, and John West was Anglican rather than Gaelic-speaking Presbyterian, a source of grievance to the Scots settlers for years.

After 1817, the environment became the major threat to the infant colony. Locusts devastated the crops in 1818 and 1819, and the greatest known flood of the Red River virtually destroyed the settlement in 1826. After Selkirk's death in 1820, his executors administered the colony and sought to reduce expenses by ending settlers' subsidies and refusing to recruit new European immigrants. Population growth came largely through the retirement to the colony of fur traders and their Aboriginal families. On 4 May 1836, Assiniboia was transferred to the HBC by Selkirk's family.

The colony's population grew slowly but steadily, composed largely of people with mixed European and Aboriginal blood (francophone Metis and anglophone "country born"). Despite continual conflicts over language, religion and class, a promising multiracial society developed. The roots of its problems were economic, because of the colony's isolation. The HBC attempted to control commerce, although its limitations were made clear by the HBC's prosecution in 1849 of Pierre-Guillaume Sayer for illicit fur trading (see Sayer Trial). The outcome was, in effect, free trade for the Métis.

Perhaps equally critical was the inability of the colony to provide suitable employment for an increasingly literate population, leading the younger generation to become extremely restive. In the wake of Confederation, arrangements were made to transfer the colony and the vast neighbouring territory of Rupert's Land to Canada, yet without either consultation with the colony's inhabitants or any guarantees of their political or property rights. That set the stage for the Red River Resistance, after which the colony was reluctantly admitted to Canada as the province of Manitoba, in 1870, with boundaries limited to the existing areas of settlement north of the 49th parallel.