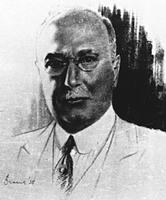 Noah Timmins, developer of the Hollinger gold mine at Timmins (Ontario Archives, #20230). 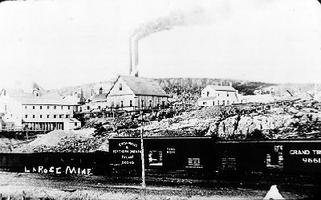 LaRose Mine, 1910, one of the major producers of silver in the Cobalt area of Ontario (courtesy John Mitchell Coll/Canadian Kodak).
PreviousNext

Noah Anthony Timmins, mining executive (b at Mattawa, Canada W 31 Mar 1867; d at Palm Beach, Fla 23 Jan 1936). In association with his brother Henry, David DUNLAP and John and Duncan McMartin, Timmins acquired the LaRose silver mine at COBALT and, in 1909, properties in the Porcupine district which formed the basis of Hollinger Consolidated Gold Mines, of which he was president. During the 1920s and 1930s he continued to play a major role in Canadian mining development, most notably by bringing together the principals of the Hollinger and NORANDA mining companies to finance the start-up costs of Noranda's copper operations in northern Québec. The town of TIMMINS, Ont, is named after him.
×