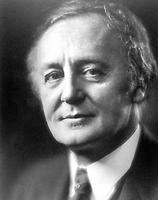 Barbeau was the founder of professional folklore studies in Canada and was one of the first collectors of folk songs (courtesy Library and Archives Canada/C-34447).
PreviousNext

Musicology is the study of the historical development of Western art music, folk and traditional music (ethnomusicology) and aspects of music in acoustics, aesthetics, psychology and sociology. As an academic discipline it was introduced to Canada in 1954 when the University of Toronto appointed Harvey J. Olnick to organize a course for the Master of Music degree. By 1999, 42 Canadian universities offered undergraduate instruction in musicology and ethnomusicology; 16 universities had graduate programs at the master's level; and 11 offered doctoral programs for musicology, ethnomusicology, composition, music education and performance.

Only brief, generally regional, surveys of Canadian music appeared before Helmut KALLMANN'sA History of Music in Canada 1534-1914 (1960). This pioneer publication was followed by Willy Amtmann's study of music under the French regime, Music in Canada 1600-1800 (1975), and George Proctor's Canadian Music of the Twentieth Century (1980). The establishment of the CANADIAN MUSIC CENTRE in 1959 and the music division at the NATIONAL LIBRARY OF CANADA in 1970 facilitated the compilation of the ENCYCLOPEDIA OF MUSIC IN CANADA (EMC, 1982, rev 1992). In the early 1980s the first overview in book form, Clifford Ford's Canada's Music: An Historical Survey (1982), appeared and the scholarly editions of early Canadian music began to be published by the Canadian Musical Heritage Society. Before closing down in 2002, the Society issued a series of 25 volumes of pre-1950 notated music in 1999. J. Paul Green and Nancy Vogan's Music Education in Canada: A Historical Account was published in 1991. Combining extensive research of documentation held in France and North America as well as archaeological research, Élisabeth Gallat-Morin and Jean-Pierre Pinson produced La vie musicale en Nouvelle-France (2003). In 2006 the most comprehensive overview account of Canada's musics to date appeared, Elaine Keillor's Music in Canada: Capturing Landscape and Diversity.

In ethnomusicology, Mieczyslaw Kolinski developed cross-cultural analytical procedures that had considerable influence internationally, and Jean-Jacques NATTIEZ developed a methodology based on semiology. With Charles Boiles, Nattiez published a history of the discipline to the mid-1970s in Musique en jeu (1977). The first ethnomusicology studies done by Canadians occurred after the pioneer works by Theodore Baker (1882), Carl Stumpf (1886) and Franz BOAS (1888), which included studies of some Indian and Inuit music. James TEIT and Alexander T. Cringan began making cylinders of BC tribes and Iroquois, respectively, in the 1890s.

In the 20th century, anthropologists and musical scholars, including Marius BARBEAU, concentrated on the First Nations of the Eastern Woodlands area, the Plains and the North Pacific Coast to define stylistic musical cultures. Only recently has extensive research been conducted on the music of the Innu and Northern Athapaskan nations and the First Nations of the Maritime region. The entry "Native North Americans in Canada" in the EMC (1992) provided the first comprehensive overview. Research on Inuit music saw much activity in the 1970s and 80s after the initial investigations of Boas, Knud Rasmussen, Diamond JENNESS and Helen Roberts. More recently websites including research on musics of the First Peoples have appeared. These include ones produced by the Centre for Indigenous Research, Culture, Language, and Education (CIRCLE) at Carleton University called Native Drums and Native Dance (see articles under NATIVE PEOPLE).

In the folk music studies of French, English and other ethnic groups in Canada, folklorists have concentrated on the history, diffusion and variants of individual songs rather than the musical styles involved. Barbeau of the Museum of Man and Carmen Roy, the first director of the Museum's Canadian Centre for Folk Culture Studies, collected thousands of Franco-Canadian folk songs. Conrad Laforte of the Archives de folklore, Laval University, tackled the problem of cataloguing these songs with a classification system based on poetic structure. Germain Lemieux, a notable collector in Ontario, became director of the Institut de folklore (now Centre franco-ontarien de folklore), Université de Sudbury, in 1959. Acadian studies initiated by Anselme Chiasson and continued by Charlotte Cormier are centered at Université de Moncton.

Thousands of Anglo-Canadian songs have been collected by W. Roy Mackenzie, Gerald S. Doyle, Helen CREIGHTON, Louise Manny and Kenneth Peacock in the eastern provinces. Much research continues to be done at the Folklore and Language Archive at Memorial University, formerly Newfoundland, under Neil Rosenberg, now often in collaboration with the Research Centre for the Study of Music, Media, and Place under the direction of Beverly Diamond. In 1957 Edith FOWKE began collecting in Ontario and included many of the over 1000 songs that she amassed in various publications. West of Ontario, Barbara Cass-Beggs, Margaret A. MacLeod, Tim Rogers, and Philip Thomas have been the principal researchers. Through the donation of the Moses and Frances Asch Collection to the University of Alberta (2003) and the Canadian Centre for Ethnomusicology under the direction of Regula Qureshi, notable advancements have happened in the availability of earlier Canadian folk music recordings and the research and release of new recording of western Canadian folk music. Of some 90 other cultural groups whose music has been recorded in Canada, notable studies have been done on the DOUKHOBORS (Kenneth Peacock), Koreans (Bang-song Song), Latin American (James Robbins, Lise Waxer), Mennonites (Doreen Klassen, Wesley Berg), Polish (Louise Wraxman), Sephardic (Judith Cohen), and UKRAINIANS (Robert Klymasz) (seeFOLKLORE). Canadian ethnomusicologists who have made valuable contributions examining a wide range of international musical expressions include Rob Bowman, Roxanne Carlisle, Monique Desroches, Jocelyne Guilbault, James Hamilton, James Kippen, Irene Markoff, Colin McPhee, George Sawa, Howard Spring, and Alan Thrasher. Emerging in the 1980s in both musicological and ethnomusicological areas was research on the relationship of gender and music (Cheryl Gillard, Beverley Diamond Cavanagh, Marie-Thérèse Lefebvre, Lori Burns, Susan Fast, Geraldine Finn, Mary Ann Smart). At Queen's University GRIME continues to focus on these issues.

In ACOUSTICS, Oswald Michaud and R.W. BOYLE of the NATIONAL RESEARCH COUNCIL made influential contributions, followed by Hugh LeCaine and Thomas Northwood. In 1948 Jean PAPINEAU-COUTURE gave the first course that directly related acoustics to musical composition. The Canadian project most prominent in research on the interaction of sound waves and people is the WORLD SOUNDSCAPE PROJECT begun at Simon Fraser University by R. Murray Schafer. News-breaking research continues to be done in Montreal on how music impacts on the brain at BRAMS, the International Laboratory for Brain, Music, and Sound Research.

Aesthetic Response and the Psychology of Music
M.R. Maniates has written on French musical aesthetics and mannerism, and Geoffrey Payzant is completing a reassessment and translation of the writings of Eduard Hanslick. Schafer has published studies on the aesthetic views of E.T.A. Hoffmann and Ezra Pound. Experimental aesthetics and psychophysics have been the areas of greatest interest for Canadians involved with the psychology of music. Rodolphe Mathieu began musical-aptitude tests at the Canadian Institute of Music (Montréal) in 1930, and in 1935 the first courses in the psychology of music were given by Cyril Cornelius O'Brien at the Maritime Academy of Music (Halifax). Although psychology departments in universities have carried out studies in music education, more research has been done on the perception of musical stimuli of pitch structure, order, and tone sequences in music and various aspects of "absolute pitch". These studies have increased exponentially since 1980 with the development of cognitive science and computer technology. Noteworthy work has been done by A.S. Bregman, P. Côté-Laurence, A.J. Cohen, L.L. Cuddy at Queen's University, H.E. Fiske, D.B. Huron, Jay Rahn, R.J. Zatorre among others. In experimental aesthetics, D.E. Berlyne, F.G. Hare, and J.B. Crozier have explored arousal theory and information theory as related to music. Paul Pedersen, David Rosenboon, and James Tenney have applied psychophysical research to music composition. In the relatively new field of the sociology of music, John Shepherd has been a pioneer with his publications Whose Music? A Sociology of Musical Languages and (with Peter Wicke) Music and Cultural Theory. He is also the chief editor for the Continuum Encyclopedia of Popular Music of the World, a multi-part endeavour for which the seven volumes completing the first two parts of a five-part format had appeared by 2008. In 2005 the last volume in another Canadian-directed encyclopedia endeavour appeared. Jean-Jacques Nattiez edited Musiques une encyclopédie pour le XXIe siècle, a five-volume set that came out both in French and Italian. This encyclopedia is neither a dictionary nor a lexicon, but rather essays from various viewpoints that deal with issues concerning music at the beginning of the 21st century.

Canadian musicologists and ethnomusicologists have continued to produce influential monographs in their fields. To name only a few recent ones would be: Jean Boivin's La Classe de Messiaen (1995); Paul Théberge's Any Sound You Can Imagine Making Music/Consuming Technology (1997); James Wright's Schoenberg, Wittgenstein, and the Vienna Circle (2006); Beverley Diamond's Native American Music in Eastern North America (2008). As well they have contributed extensively to international multi-volume reference sources such as the Grove Dictionary of Music and Musicians (2001), now part of Oxford Music Online (2008), the scheduled 27-volume second edition of Die Musik in Geschichte und Gegenwart, and the 10-volume set The Garland Encyclopedia of World Music (2002).