Crops can be classified in several ways. By growth habit they are annual, biennial or perennial, depending on whether they complete their life cycle in one or two years, or persist for over two years. The special term "winter annuals" is used for crops that are planted and germinate in fall, spend winter in a dormant state, renew growth in spring and are harvested in July or August.

A more useful classification of crops, based on general trade use, divides them into cereal crops, forages, oilseeds, orchard crops, berries, vegetables and special crops. Cereals are plants grown for the mature seeds they produce (e.g., wheat, oats, barley, rye, corn). Forage crops are grown for animal fodder. They may be harvested and stored until used, or grazed as a pasture or range crop (e.g., grasses such as timothy and bromegrass, or legumes such as clover and alfalfa). When cereal crops (especially corn) are harvested as whole plants, chopped and fed to animals, the crop is classed as a forage or fodder crop. Oilseed crops are grown for their oil-bearing seeds (e.g., soybeans, sunflowers, flax, canola). Orchard crops are edible fruits or nuts (e.g., apples, peaches, pears, walnuts). Berries are small, fleshy fruits grown on a vine or small shrub (e.g., strawberries, raspberries, currants, blueberries, grapes). Vegetables are herbaceous plants of which all or a part is eaten, raw or cooked (e.g., carrots, onions, tomatoes, lettuce). Potatoes are classed as a trade vegetable but also considered a field crop when hectarages are large. 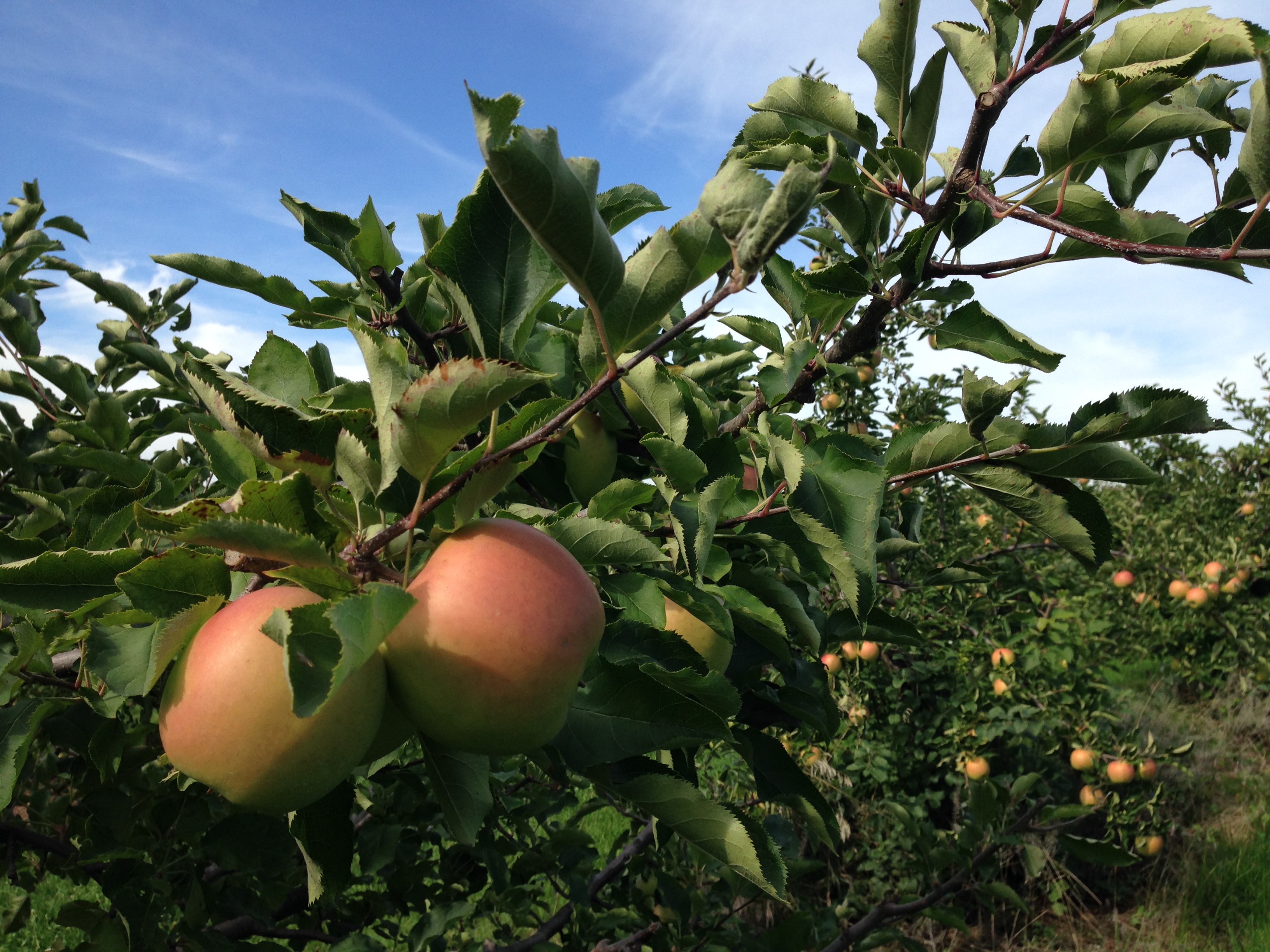 The term "special crops" designates crops that do not fit neatly into other categories (e.g., tobacco, buckwheat) or vegetable crops traded in a manner different from the normal one, such as peas, beans or lentils, which are raised as field crops and sold like grain through the elevator system.

Only about 7 per cent of Canada’s total land area is suitable for farmland. The northern sections of the Prairies and the northern clay belt of Ontario and Québec include some 15 million ha that could be used for agricultural production, but the soils are marginally developed and a very short growing season makes the potential much less than that of the land now farmed. About 80 per cent of Canada's farmland is located in the Prairie provinces; about 8 per cent in Ontario; the remainder, in the other provinces.

Canada's soils developed under regimes of varying amounts of rainfall and are dependent on the inherent properties of the material from which they formed; therefore, they may be either alkaline or acidic. In general, western soils are alkaline; eastern ones, acidic. Acid soils can be limed to alter the acidity, but the practice is costly and must be done annually. In eastern Canada, higher water tables and poor drainage reduce the capacity of soils to produce some crops. In spring, flooding can occur in some areas of all parts of Canada.

When settlers first opened up the country, many different crops were grown on each farm to provide subsistence. The practice is still followed in some remote regions or on isolated farms but, in general, crop production has been specialized to provide economic returns. As land prices increase, greater returns per hectare are needed, and producers have had to specialize. The choice of a crop is dictated by geographic region, latitude and moisture; therefore, there is a strong regional bias in the production of most crops.

Most wheat, oats, barley, rye, flax, canola, mustard and sunflowers are grown on the prairies, where wheat and summer fallow occupy about one-third of the total hectarage. (Summer fallowing is the practice of leaving land unplanted during the growing season. It is a moisture-conserving measure, forming part of the sequence of crop rotation on the prairies.) Soybeans, tobacco and beans are grown mostly in Ontario; fodder and grain corn, in Ontario and Québec; fruit, in British Columbia, Ontario, Québec and Nova Scotia. Potatoes are grown in all provinces; sugar beets, in Manitoba and, under irrigation, in Alberta.

Canada lies in the North Temperate Zone; all its prairie farmland is north of the 49th parallel of latitude. Productive farming, therefore, depends on crops that ripen early, if they are spring sown, or are winter hardy, if they are winter annuals, biennials or perennials. Unlike many producers in tropical and subtropical areas where two or more crops per year are possible, in Canada there is only one. While it is difficult to generalize given the size of the country and the variations in climate, with the exception of the lower mainland of British Columbia and southern Ontario (where less hardy crops survive), crop growth, other than for forage or for range, is only secure from May to September.

Victoria Day, around May 24, is a safe date for gardeners from coast to coast to transplant ornamental and garden plants that have been started in greenhouses. Late spring frosts may occur after that date, but the probability is not great. Early fall frosts occur in September; therefore, the frost-free period is 100-120 days.

Canadian summers are usually quite warm, with temperatures often reaching over 30°C. These temperatures, coupled with adequate sunshine, make crop growth rapid. However, as the climate is continental, much of the farmland of Canada (especially the Prairie provinces) suffers from lack of moisture. Some grain crops are produced with as little as 375 mm of rain, but the moisture usually comes when needed for fast summer growth.

The handling of crops varies with the size of the farm and the type of production carried out.

The major producers of cereal crops, oilseeds and some special crops aim their production for cash sales. The standard practice for such crops in the Prairie provinces is for farmers to have on-farm storage for a quantity of produce and to deliver the remainder to grain elevators, where it is graded, stored or shipped to terminal elevators for sale domestically or abroad.

The price is established by grade and quantity. Grading factors include purity of type, soundness, maturity and test weight. Because weather at harvest can greatly affect the quality of grain crops, grades obtained by farmers will vary by year, district and cultivar (commercial variety) grown. In Ontario, where quantities of winter wheat, soybeans, corn and field beans are grown, there is very little farm storage, and producers rely on feed and grain companies to purchase quantities of produce harvested in fall.

Many Canadian gardeners produce a mixture of vegetables, berries or orchard crops for their own use. With more extensive holdings, some off-farm sales are made, e.g., "U-pick" strawberries or roadside stands for fruits and vegetables. A subsistence farmer normally plans to live off his farm but may supplement his income with some off-farm sales. Market-garden operations grow vegetables for local markets or shipment into large urban areas. Orchard crops, potatoes, tobacco, sugar beets and vegetables grown for off-farm sales are marketed through special systems.

Canada has long been a net exporter of agricultural products, the chief exports being grains and oilseeds. Our chief imports are fruits, vegetables and specialty items (e.g., sugar).