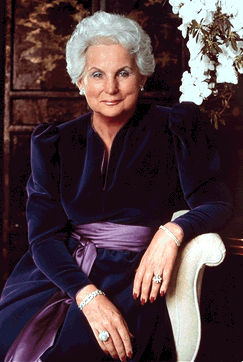 Jeanne-Mathilde Sauvé (née Benoît), was born 26 April 1922 in Prud’homme, Saskatchewan, the fifth of seven children of Charles and Anna Benoît. Her father, a contractor, was originally from Ottawa and the family moved to Ottawa in 1926. Sauvé said that her father would take her to visit Parliament Hill, show her the sculpture bust of Agnes Macphail, Canada's first female member of Parliament, and tell her: “You could become a member of Parliament some day if you wanted to.”

In Ottawa, Sauvé attended primary and high school at Collège Notre-Dame-du-Rosaire. She went on to study at the University of Ottawa, taking classes at night and working as a government translator by day to pay for her schooling. She became president of the Young Catholic Students Group in 1942, which required a move to Montreal, and continued in the post until 1947.

In 1948, she married economist (and future politician) Maurice Sauvé, and in the same year the couple moved to London, where Maurice had a scholarship to the London School of Economics. In London, Jeanne Sauvé taught and tutoured part-time. Two years later, the couple moved to Paris so that Maurice could complete his doctorate at the Université de Paris. Jeanne Sauvé worked in Paris as assistant to the director of the Youth Secretariat at UNESCO (the United Nations’ social and cultural agency). She also obtained a diploma in French civilization from Université de Paris.

The Sauvés had one child, Jean-François, born in 1959.

After returning to Canada in 1952, Sauvé began a career as a freelance journalist and broadcaster, working for CBC and its French-language sister Radio-Canada, CTV, several American broadcasting networks and major Canadian newspapers. Soon after her arrival at CBC and Radio-Canada, she began to cover the traditionally male preserve of politics. Among the television shows that she created, wrote and hosted was Opinions, a popular half-hour youth panel that discussed controversial topics of the day. She worked with CBC/Radio-Canada until 1972, when she entered electoral politics.

Having established a strong reputation as a political commentator, Sauvé was approached by the Liberal Party of Canada to run in the Montreal riding of Ahuntsic in the 1972 federal election. She found campaigning difficult, noting, “I felt uneasy for the first time in my life when I was campaigning. I felt people were taking a second look at me and wondering whether a woman was adequate for the job . . . They wondered what would happen to my husband and my son. I must say I had qualms about it myself.” Nevertheless, Sauvé was elected easily, and was re-elected in 1974, 1979 and 1980.

After her election in 1972 into the minority government of Prime Minister Pierre Trudeau, Sauvé was appointed minister of state for Science and Technology. She was the first Quebec woman to hold a federal Cabinet post. Said the Globe and Mail: "Not since Pierre Trudeau, Jean Marchand and Gérard Pelletier in 1965 have Quebec voters sent Ottawa a new Liberal Member of Parliament with as much celebrity status as Jeanne Sauvé."

Sauvé was named minister of the Environment after the 1974 election (and the restoration of Trudeau’s majority government). Her agenda was dominated by issues such as pollution in the St. Lawrence Seaway, PCB dangers and global population growth. In 1975 she was appointed minister of Communications, putting her back in the familiar territory of broadcast policy. She was also named advisor to the secretary of state for External Affairs, for relations with the French-speaking world.

Speaker of the House

With the Liberal defeat in 1979, Sauvé served a short stint as communications critic for the opposition. When the Liberals returned to power with a majority in 1980, Trudeau asked Sauvé to be speaker of the House of Commons — the first woman to have the role. He thought she was a logical choice because she had the right temperament, was a good public speaker, and hadn't been overly partisan in the past.

Sauvé initially objected to becoming speaker, as the separatist Parti Québécois government in Quebec had scheduled a referendum on sovereignty in May 1980, and she wanted to campaign for national unity. As speaker, she would have to be neutral on issues. But Trudeau allowed her to take a public stand on the issue of sovereignty, and the other major party leaders agreed. Sauvé accepted the role, and on 14 April 1980 became the first woman, and the first non-lawyer, in the post.

As speaker, Sauvé had a number of difficulties. She often got the names of MPs or their constituencies wrong. Once she accidentally addressed Trudeau as “leader of the Opposition,” to much amusement in the House. Several MPs questioned her competence.

Sauvé presided over some of the most raucous Commons sessions in Canadian history — perhaps fueled by the fact that proceedings in the House were now televised, which may have played a role in the behaviour of some members. At one point, all 32 New Democratic Party MPs walked out of the House to protest the speaker’s decision to allow more questions from Liberals than from members of other parties. There was also a week-long filibuster on the government’s proposed constitutional legislation. And the House came to a standstill in March 1982 when the Progressive Conservatives refused to show up for a vote on the government’s proposed energy legislation, leading to an infamous bell-ringing episode that lasted for 15 days.

In a sweeping overhaul of the House’s finances and administration, Sauvé also eliminated inefficient practices, reduced House employment, lowered the House operations budget, and cut bureaucratic processes. She also opened the first daycare centre on Parliament Hill, the only such facility to exist at the time within the federal government. Eventually, she won the respect of the House, and even her adversaries would pay tribute to her firmness and fairness.

Sauvé’s term as speaker ended on 30 November 1983, and on 23 December she was appointed the first woman governor general of Canada. She called the appointment “ . . . a magnificent breakthrough for women.”

The following month, however, Sauvé was hospitalized for several weeks with what was believed to be a serious illness. Ed Schreyer, her predecessor as governor general, remained in the position while Sauvé's installation was put on hold. After regaining her health and being installed as governor general in May, 1984, Sauvé remained private about the nature of her illness, telling the public only that she was well enough to function in the role.

At her investiture, Trudeau said, “it is right and proper that her Majesty should finally have a woman representative here. We are gathered today to celebrate a remarkable person, but also a welcome evolution of our society.” He also stressed that Sauvé wasn't chosen simply because of her gender. “In the opinion of all, you are the ideal candidate for the position.”

Sauvé chose national unity, peace and youth as the three themes of her mandate. During her tenure, she traveled extensively throughout the country and undertook state visits to Europe, Latin America and Asia.

She established two awards for students wishing to enter the field of special education for exceptional children. And among her favourite activities at Rideau Hall was the annual Christmas party she threw for the Ottawa Boys and Girls Club and the Patro d'Ottawa. Children would come to Rideau Hall for lunch and a visit with Santa, and Sauvé — wearing a paper party hat — mingled with her guests. Sauvé also established the Jeanne Sauvé Foundation, a $10 million project aimed at promoting excellence for young Canadians.

Sauvé was heavily criticized for closing the extensive grounds of Rideau Hall to the public as of 1986 — although controversy ensued as to whether the decision was made by her or by security officials and the National Capital Commission. The grounds were reopened to the public in 1990 by Sauve’s successor, Ray Hnatyshyn.

After completing her term in January 1990, Sauvé retired with her husband to Montreal. She died on 26 January 1993 after an extended illness. 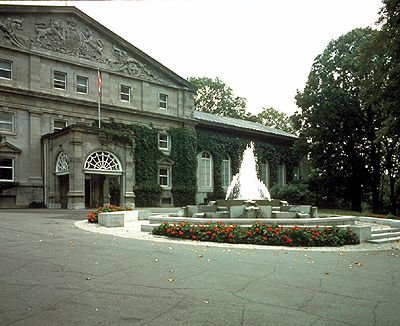