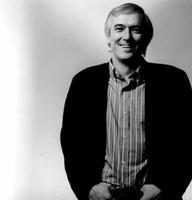 Roger Frappier, director, producer (b at Sorel, Qué 14 April 1945). Roger Frappier has worked in all areas of the film business, from film critic to television commercial director to director/producer of the experimental feature documentary Le Grand Film ordinaire, before he found his true vocation as a producer. While at theNATIONAL FILM BOARD (NFB) in the early 1980s, he assembled a group of writer/directors who collaborated on developing edgy, urban dramas. The script for Denys ARCAND's DECLINE OF THE AMERICAN EMPIRE (1986) emerged from the process that Frappier had set in motion. With that film's phenomenal success, Frappier rose to the ranks of the top producers of feature films in Québec.

With the exception of Dernier glacier (co-directed with Jacques Leduc, 1984), in which documentary and fictional elements mix, the documentaries directed by Frappier - Le Grand Film ordinaire (1970) and L'Infonie inachevée...1973) are two examples - evidence a keen interest in the processes of artistic creation. In 1974, he introduced himself to production by collaborating with Bernard Lalonde on the documentary On a raison de se révolter. The following year, Frappier went to the United States to assist Robert Altman in the making of Nashville. In 1991, Frappier ended his working relationship with Gendron. Luc Vendal joined Max Films in 1998 and the two have produced, on average, at least one film together each year.

Through his many public stands taken to uphold directors' rights, to decry the abolition of tax shelters, and to urge an increase in government investment in culture, Roger Frappier has acquired renown as an activist, which, taken with the quality of his work, makes him a true star of the film industry. In 1999, he launched Le Prix Jutra, the Québec film awards.