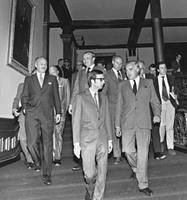 John Parmenter Robarts, politician, premier of Ontario 1961-71 (b at Banff, Alta 11 Jan 1917; d at Toronto 18 Oct 1982). He moved to London, Ont, in 1931 and graduated from U of Western Ontario in 1939. After naval service in WWII, during which he was mentioned in dispatches, he completed law studies at Osgoode Hall. Returning to London, he was elected an alderman in 1950 and a Conservative MPP in 1951. He entered the Cabinet in 1958 and was appointed minister of education in 1959; on 8 Nov 1961 he was sworn in as premier. A staunch advocate of individual freedom, he also defended provincial rights from centralist initiatives of the federal government and Canada from separatist threats in Québec. He was thus placed in the middle of Canadian constitutional struggles. In 1967 he chaired the Confederation of Tomorrow Conference. On his retirement in 1971, he joined a number of boards of large corporations, served as chancellor of UWO and later of York U, chaired a royal commission on Metropolitan Toronto (1975-76) and cochaired with J.L. PEPIN the Task Force on CANADIAN UNITY (1977-79). In 1981 he suffered a series of strokes while travelling in the US. After a lengthy program of rehabilitation, he took his own life on 18 Oct 1982.
× 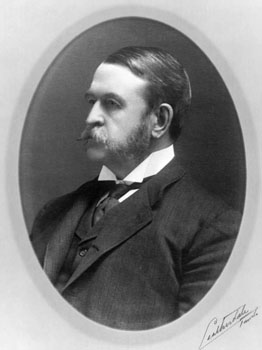