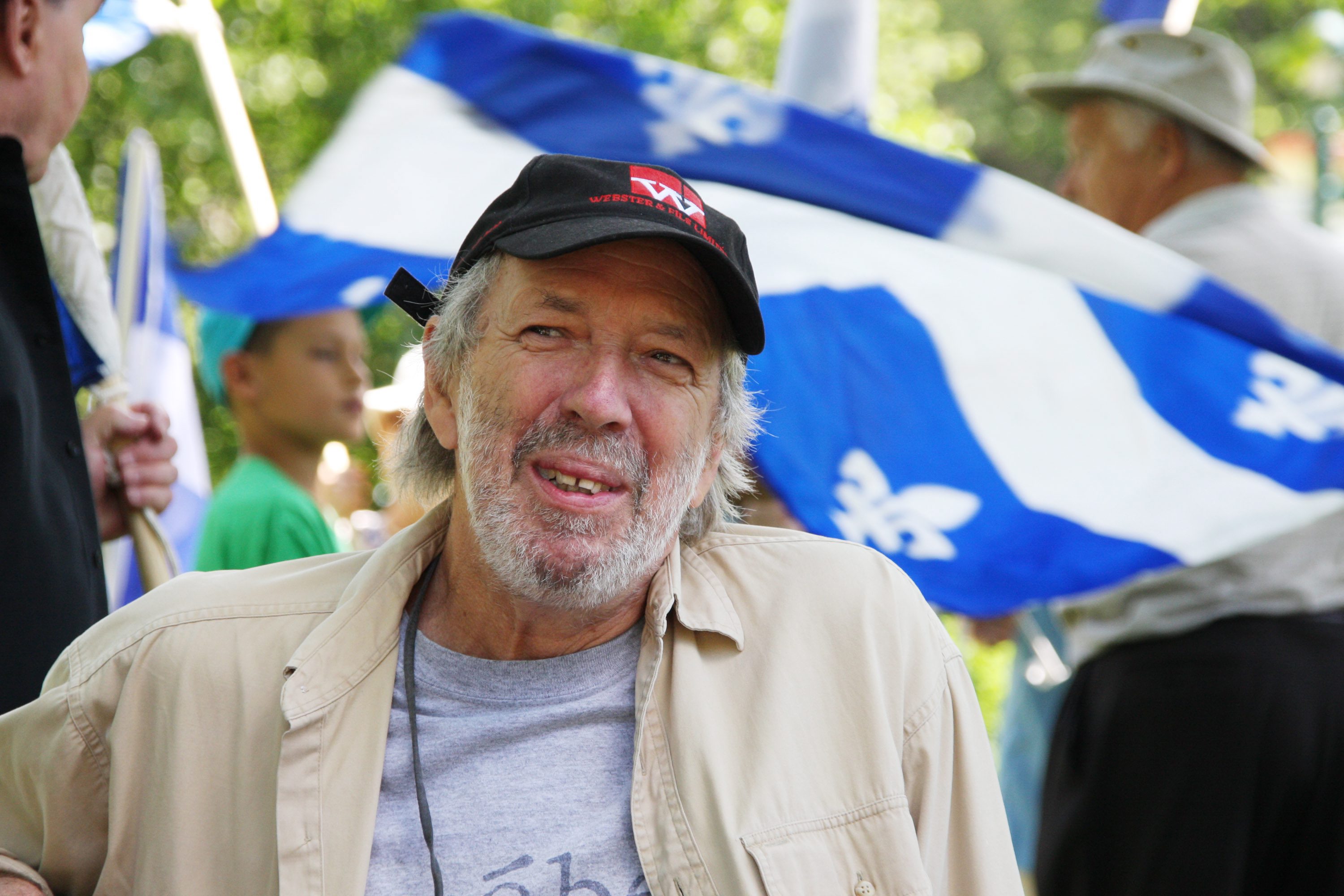 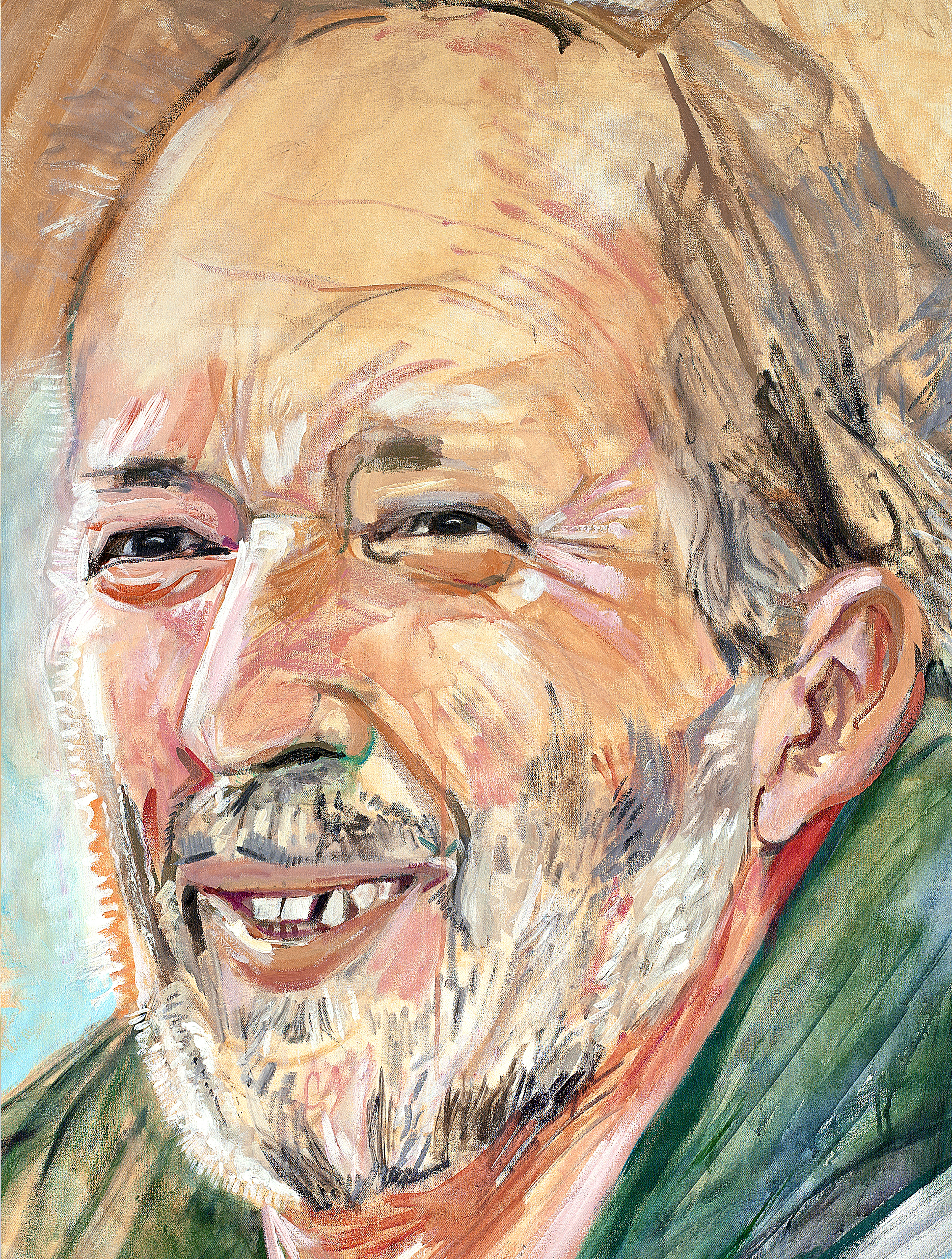 Pierre Falardeau, satirist, director, screenwriter and militant separatist (born 28 December 1946 in Montréal, Québec; died 25 September 2009 in Montéral). After studying anthropology and ethnology at the Université de Montréal, where he became interested in documentary filmmaking, in the early 1970s, Falardeau discovered video and its flexibility. With his friend, actor Julien Poulin, he directed several socially engaged documentaries, the first of which was Continuons le combat (1971), an analogy of Quebec sovereignty transposed to a boxing ring. From that high point on, Falardeau the militant would never let go of the torch.

Shortly after the failed Québec Referendum (1980), he made a short film starring Poulin called Elvis Gratton (1981). That caricatural figure, the epitome of the Americanized Québécois unaware of his assimilation, was so successful (Genie Awards in 1983 for both Falardeau and Poulin) that Falardeau made two other shorts featuring him. In 1985, the three films were combined in the feature, Elvis Gratton: Le King des Kings, also known as Elvis Gratton: Le film, which became a cult classic.

October Crisis and the Patriotes

In 1989, with the help of a former Front de libération du Québec (FLQ) member, Francis Simard, Falardeau directed his first feature film, Le Party, in which he depicts prison life. After a documentary film about a has-been professional boxer, Le Steak (1992, co-directed with Manon Leriche) and a video satirizing the establishment and denouncing Quebec elites, Le temps des bouffons (1993, but filmed in 1985), Falardeau directed his most ambitious film up to that time, Octobre (1994). Francis Simard, who spent 11 years in prison for the murder of Quebec Minister Pierre Laporte during the October crisis of 1970, collaborated on the screenplay and his book Pour en finir avec Octobre (1982, 2nd edition in 2010) was used as a reference. The film was not released for 10 years due to endless grant negotiations. To conjure up the October Crisis, Falardeau chose to follow the kidnappers, rejected historical revisionism and so decided on a single setting for the film's main action. That decision allowed him to explore his characters' motivations.

Falardeau once again encountered numerous difficulties when making a film on the Quebec Patriotes. He published a screenplay, 15 février 1839, and wrote other works on the subject (La Liberté n'est pas une marque de yogourt and Les boeufs sont lents mais la terre est patiente) but then gave in to pressure for an Elvis Gratton sequel with Elvis Gratton II: Miracle à Memphis (1999) and Elvis Gratton XXX: la vengeance d'Elvis Wong (2004). These movies set an even more ridiculous and foolish Gratton than before. That caricatural portrait was very popular, allowing Falardeau to finally make 15 février 1839 (2001), which relates the last moments of Chevalier de Lorimier, who was hanged by the English. The lead actor, Luc Picard, won a Jutra Award for the role.

In 1995, Pierre Falardeau won the L.-E. Ouimet-Molson Award. In 2002, he was named "Patriote de l'année" (patriot of the year) and, in June 2009, the Mouvement souverainiste du Québec awarded him the Prix Pierre-Bourgault.

With the extreme nationalism of his writing and public comments, politically incorrect and proud of it, fighting for the right to make authors' films rather than the usual public fare, Pierre Falardeau always used his work and its audiences as opportunities to denounce the Canadian political regime and the assimilation of the Québécois. His book Rien n'est plus précieux que la liberté et l'indépendance came out in 2009 a few months before he died.