Hennessy grew up in cities across Canada with her parents John and Maxine, living in nine cities before she was 18. After her parents divorced when she was 12, Hennessey lived with her father, who imported and exported meat, in Kitchener-Waterloo, Ontario. She began working as a model in her teens and attended Grand River Collegiate High School in Kitchener. She then moved to Toronto, where she busked on Queen Street West and at subway stations, singing and playing guitar. She also began acting and trained in improvisational comedy at Toronto’s Second City.

Hennessy's first screen role was alongside her identical twin sister, Jacqueline. They played call girls in David Cronenberg's Dead Ringers (1988). The Hennessy sisters had performed together before in a musical act called Jacq and Jill. While Jacqueline pursued a career in television and print journalism, Jill went to New York with the Broadway-bound musical Buddy: The Buddy Holly Story, where she played Holly’s wife, Marie Elena. Hennessy landed the role after wowing casting agents with her vocals and grasp of Spanish (she is also fluent in French, Italian and German).

Following Buddy, Hennessey busked for money in parks and subways stations while pursuing acting and singing in New York. She appeared in a supporting role in the action movie RoboCop 3 (1993) and was considered for the role of Dana Scully on The X-Files before being cast in the role that proved to be her breakthrough. 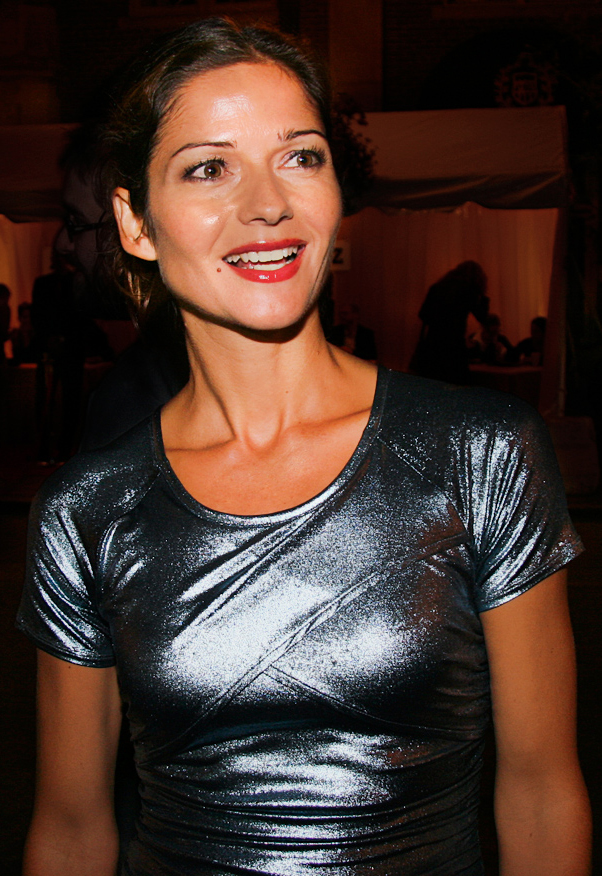 In 1993, Hennessy landed the part of Assistant District Attorney Claire Kincaid in the highly rated drama Law & Order. She earned three consecutive nominations from the Screen Actors Guild as part of the ensemble until she left the series in 1996. She won a Satellite Award for her role as an assistant to the prosecutor in CTV’s Emmy and Gemini Award-winning TV movie Nuremberg (2000). She also received a Satellite Award nomination for her portrayal of Jackie Kennedy in the TV movie Jackie, Ethel, Joan: The Women of Camelot (2001).

In her longest-running role, Hennessy played a murder-solving medical examiner with a dark past, anger issues and a passion for singing in the series Crossing Jordan (2001–7). Her compelling performance as Dr. Jordan Cavanaugh made Crossing Jordan a ratings hit, landing in the Nielsen top 20 in its first month. She also appeared in HBO’s horse racing series Luck (2011–12), the short-lived Jo (2013), CBS’s hit The Good Wife (2014) and in the second season of Madam Secretary (2015–16). Hennessy’s portrayal of Agnes Leacock, mother of the great humorist Stephen Leacock (played as an adult by Gordon Pinsent) in the made-for-TV movie Sunshine Sketches of a Little Town (2012) earned her a Canadian Screen Award nomination.

While starring in Law & Order, Hennessey also appeared in supporting roles in such films as Ron Howard’s The Paper (1994) and Mary Harron’s I Shot Andy Warhol (1996). In the years between Law & Order and Crossing Jordan, Hennessy acted in several genre films that drew upon her screen persona as Claire Kincaid, such as Kiss & Tell (1997), Most Wanted (1997), Komodo (1999) and Exit Wounds (2001). She broke free from typecasting in such romantic comedies such as A Smile Like Yours (1997) and Chutney Popcorn (1999), in which she played Lisa, a woman whose girlfriend considers surrogacy for another couple. Chutney Popcorn was a hit on the film festival circuit and won several audience awards.

In 2000, Hennessy wrote, co-directed and starred in The Acting Class, a mockumentary about an over-hyped acting instructor and his followers. The film featured several of Hennessey’s Law & Order co-stars and her sister Jacqueline. Her additional film roles include Wild Hogs (2007), Lymelife (2008), and the Canadian films Small Town Murder Songs (2010) and Dawn Rider (2012). 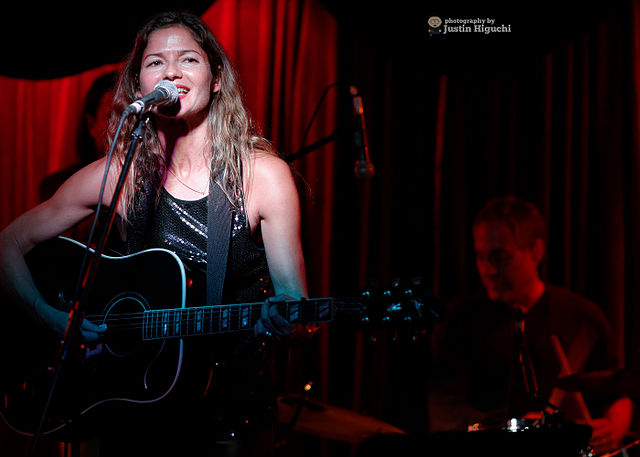 Jill Hennessy performs at The Mint in Los Angeles with Max Weinberg on drums, 22 October 2015

Before appearing on Law & Order, Jill Hennessy played with the band The New Originals. She also performed as a guest musician, including with the Indigo Girls. She sometimes combines both her talents, such as when she performed songs on the Crossing Jordan soundtrack. In 2010, she released her first album, Ghost in My Head, and performed in that year’s edition of Lilith Fair. Her follow-up album, I Do (2015), offered personal songs that furthered the themes of love, loss, beauty and sacrifice. Reviews were positive, with critics saying that Hennessy’s “intimate and powerful vocals” delivered on the promise set by her first album. She continues to write, perform and act.

Best Actress in a Miniseries or Motion Picture Made for Television (Nuremberg), Satellite Award (2001)

Female Lead in a Drama Series (Crossing Jordan), The Gracies (2007)