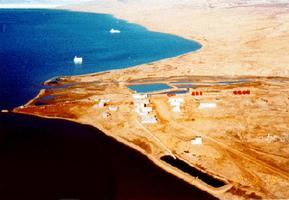 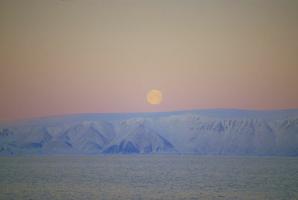 Ellesmere is distinguished by a spectacular landscape and an exceptional and fragile environment. 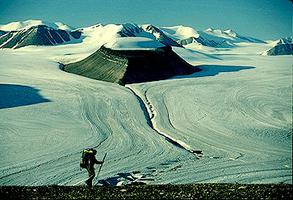 The entire island is deeply incised by fjords, and the northern coast is extended by ice shelves — aprons of sea ice that are fused to the shore. The north is dominated by the Mountains of Grant Land, a jagged chain of sedimentary rocks some 100,000 years old and shrouded in ice nearly 900 m thick — remnants of the last Ice Age. Nunataks, or rock spires, project through the ice, and Barbeau Peak (2,616 m) is the highest mountain in eastern North America. The land descends southward to Hazen Plateau, dominated by Lake Hazen, which is the largest lake in the polar region. In central Ellesmere, mountains of the Central Ellesmere Fold Belt rise to 2,000 m.

Ellesmere is a true polar desert, with only 70 mm of precipitation annually in some places. Consequently vegetation is sparse, although Ellesmere has a surprisingly diverse flora for such a high arctic region, including 151 species of moss. In 1988, Quttinirpaaq National Park was created on the northern part of the island.

Ellesmere is distinguished by a spectacular landscape, and an exceptional and fragile environment. Small herds of muskoxen are dispersed across Hazen Plateau, along with the remnants of a caribou herd documented by Arctic explorer Robert E. Peary in 1909 during his attempt to reach the North Pole. There are numerous species of birds and several other land mammals, but coastal sea ice discourages marine mammals. Thirteen species of spiders are found on Ellesmere Island. Though the climate is extreme, a peculiar "thermal oasis" at Lake Hazen produces surprisingly warm summers. The frost-free period at Tanquary Fiord averages 55 days.

The sea ice around Ellesmere Island has diminished significantly in the past 25–50 years. As global warming continues, climatologists believe that the ice will keep shrinking. Massive ice shelves, such as the Ward Hunt and Ayles shelves, have lost hundreds of square kilometres in area. These changes are altering the habitat of aquatic microbial communities that play a significant role in the Arctic ecosystem.

Diminishing ice shelves threaten not only polar bears with extinction, but seals, walruses, caribou and other species as well. None of the standard climate models that incorporate sea ice had projected such a rapid decline, indicating that Arctic sea ice is more susceptible to climate change than was previously thought. In the summer of 2005, for example, a 65 km2 ice shelf, called the Ayles ice shelf, which had jutted into the Arctic Ocean for over 3,000 years, broke away abruptly and drifted out of a fjord along the north coast of Ellesmere Island. In fact, 90 per cent of the approximately 10,000 km2 of ice shelves that existed in 1906, when Peary first surveyed the region, are now gone.

One of the most remote places on Earth, Ellesmere Island has experienced little human activity (see Arctic Exploration). However, archaeological evidence shows that the fjords of Hazen Plateau were occupied some 4,000 years ago. The Dorset people lived along the eastern Arctic coast for about 2,000 years until they disappeared around 1400 CE. The Thule peoples (ancestors of the Inuit) arrived in the area around the 12th century. Excavations of Thule-culture winter houses on Bache Peninsula (mid-island), dating from 1250–1350 CE, have uncovered numerous Norse artifacts, including knife blades and a shipwreck.

The island was sighted by William Baffin, but was not explored until the 19th century. John Ross discovered parts of the coastline in 1818 and the island was named for the Earl of Ellesmere during the Sir Edward Inglefield expedition of 1852. Sir George Nares carried out extensive observations in 1875–76. As part of the First International Polar Year activities, an American group led by Adolphus W. Greely explored widely in northern Ellesmere (1881–84) from a base on Discovery Harbour. The expedition ended tragically when supply ships failed to arrive, and only seven of 26 men survived.

Much of the exploration of Ellesmere was incidental to the search for the North Pole. Otto Sverdrup between 1898 and 1902 mapped several islands in the area of Ellesmere Island. In 1903–04 the Canadian government sent Albert P. Low to the area to demonstrate Canadian arctic sovereignty: he placed a cairn at the farthest "northing" and installed a flag.

A research camp was established at Lake Hazen during the International Geophysical Year (1957–58), and today there is an abandoned RCMP post (open from 1953 to 1963, and seasonally from 1987 to 1992) at Alexandra Fiord now used as a scientific research base. Grise Fiord is an important Inuit community. High Arctic Weather Stations are maintained at Eureka and Alert — the northernmost station in the Canadian Arctic (82° 29´57" N lat). At the Polar Environment Atmospheric Research Laboratory (PEARL), located at Eureka, scientists can take year-round measurements of the entire atmospheric column from ocean surface to stratosphere, probing its composition, including the presence of ozone and related gases. Ellesmere was also a focus of research during the 2007–08 International Polar Year. In 2012, Canada Coal Inc. began explorations to investigate the huge coal deposits on the Fosheim Peninsula on Ellesmere Island.