Elizabeth Lee (Owen) Macdonald was born into one of Prince Edward Island’s elite families and married Andrew Archibald Macdonald, a Father of Confederation. She assumed leadership positions in both Island society and women’s organizations within the Church of England. In later life, she wrote a nine-part series of articles on local history titled “Charlottetown Fifty Years Ago” for Prince Edward Island Magazine.

Elizabeth Lee Owen was born into one of Prince Edward Island’s most prominent families. Her grandfather, Arthur Owen, emigrated from Devon, England, in about 1780 and became one of the Island’s most prominent shipping magnates. In 1826, Arthur launched the Bolivar, one of the largest ships to set sail from the Island at that time. Elizabeth’s father, Thomas Owen, followed his father into shipping and commerce before he became Prince Edward Island’s first postmaster general, a position he held from 1842 to 1860. Elizabeth’s mother, Ann Campbell, was the daughter of George Campbell, a master sea captain.

On 25 November 1863, Elizabeth Owen married Andrew Archibald Macdonald in Georgetown, Prince Edward Island. Like the Owens, the Macdonalds figured prominently in Island politics and commerce. Macdonald was a shipping magnate who had been elected to the Prince Edward Island Assembly in 1854, at age 25. Despite the families’ similar social backgrounds, the marriage was controversial because the Owens belonged to the Church of England and the Macdonalds were Roman Catholic. Marriage between members of the two churches was rare in Prince Edward Island at the time, and husband and wife maintained their original religious affiliations.

The Macdonalds had four sons — Aeneas, Percy, Reginald and Douglas — who were raised in their father’s Roman Catholic faith. Aeneas followed the example of his Macdonald and Owen relatives and entered politics. He became a Conservative representative for 2nd Kings County and chairman of the Relief Committee of the Canadian Patriotic Society, which was established after the First World War for soldiers’ families.

Andrew Archibald Macdonald was the youngest of the Fathers of Confederation. He opposed Confederation at the 1864 Charlottetown and Québec Conferences, fearing that Prince Edward Island would lose autonomy within a larger federal union. Elizabeth Macdonald would later observe that prior to Confederation, Charlottetown “seemed of more importance than now,” as it was the home of numerous British officers whose families contributed to the Island’s society.

Elizabeth was an asset to her husband’s political position and her family connections advanced his career. He received the position of postmaster general in 1873, an office held by both his father-in-law and brother-in-law. Andrew Archibald also held a series of positions under the premiership of Elizabeth’s brother, Lemuel Cambridge Owen.

During this time, Elizabeth was active in Church of England women’s organizations. In 1889–90, she was president of the Sewing Society at St. Peter’s Cathedral, where she also organized church fundraisers.

Elizabeth Macdonald became a published author of local history during a time when Canadian women were rising to prominence in that field. From 1867 to 1920, there was a strong popular interest in local history in Canada, with members of amateur historical societies meeting to present research papers to each other. Some of this material was published in newspapers and magazines, providing opportunities for female authors to write memoirs about their experiences for a broad audience. Women’s historical societies were established across Canada in the late 1890s, and existing historical societies admitted female members (see Historical Societies).

From October 1900 to June 1901, Elizabeth Macdonald wrote a nine-part series for the newly established Prince Edward Island Magazine. Entitled “Charlottetown Fifty Years Ago,” the series covered the history of the city and combined Macdonald’s memories of Prince Edward Island’s past with historical detail about notable figures in the city’s development (see Charlottetown). While local history trends in the late 19th and early 20th century favoured accounts of military heroism, Macdonald emphasized women’s contributions to Charlottetown society. For example, she credited Lady Mary FitzRoy, wife of Lieutenant-Governor Sir Charles Augustus FitzRoy, with holding the Island’s first charity bazaar in 1838, describing her as:

an energetic woman [who] took a great interest in young people, ladies particularly, and was never happier than when having some amusement at Government House and bringing young people together.

Macdonald also wrote about the experiences of women outside the Island’s elite, from market vendors to military wives. She took a keen interest in children and observed that the Island’s education system had improved over the course of the 19th century. Few women contributed to Prince Edward Island Magazine, which has been cited as a possible reason why Macdonald’s full name did not appear on her byline and was replaced by her initials, E.L.M.

Elizabeth Macdonald died suddenly of diabetes on 12 July 1901. Her husband wrote A souvenir of my beloved wife Elizabeth L. Macdonald in her memory and Archibald Irwin, editor of Prince Edward Island Magazine, wrote, “Her interest in the publication was sincere [...] and her assistance, so generously given, was of great value.” Her descendants continue to live in Prince Edward Island. 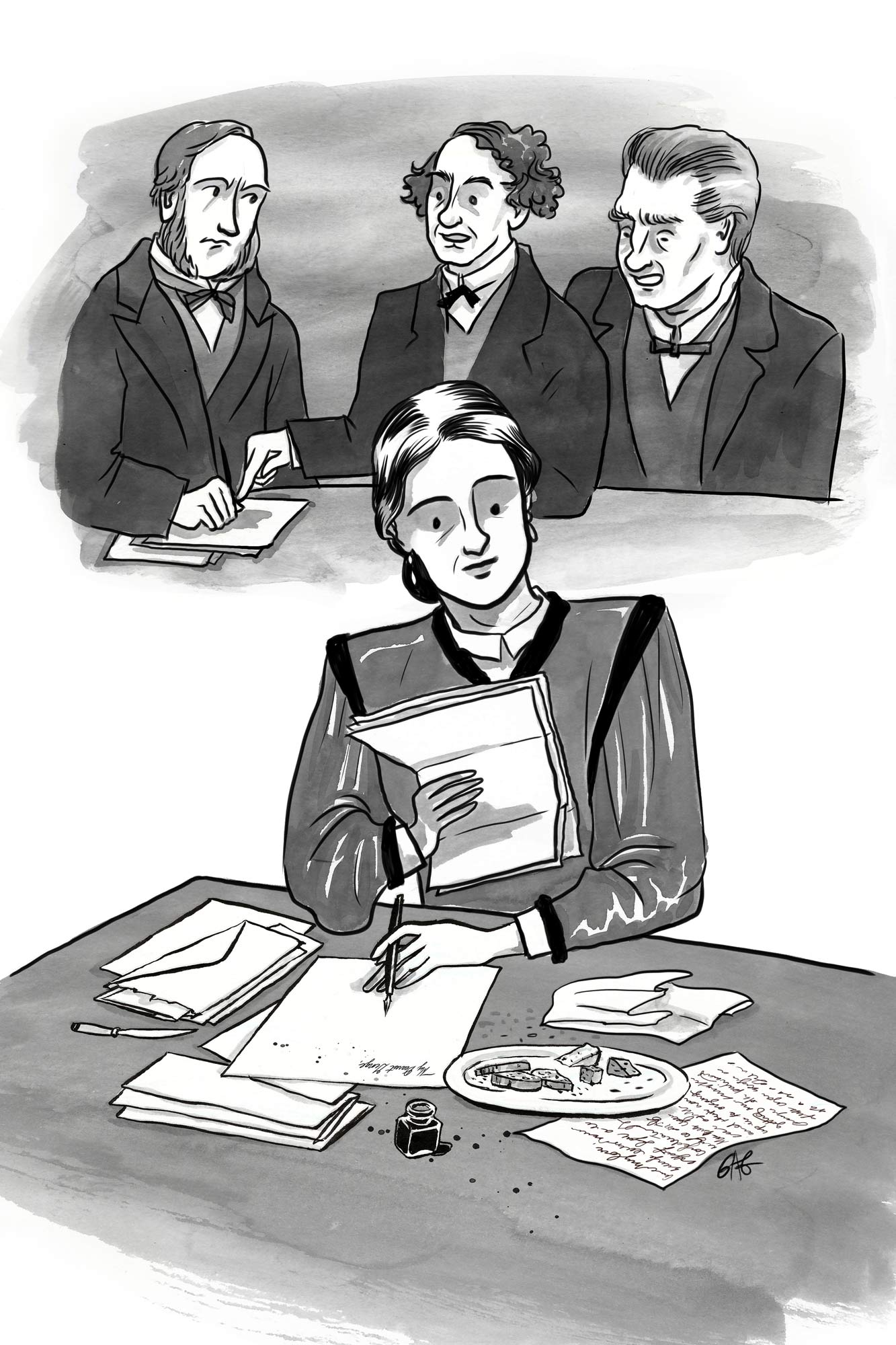 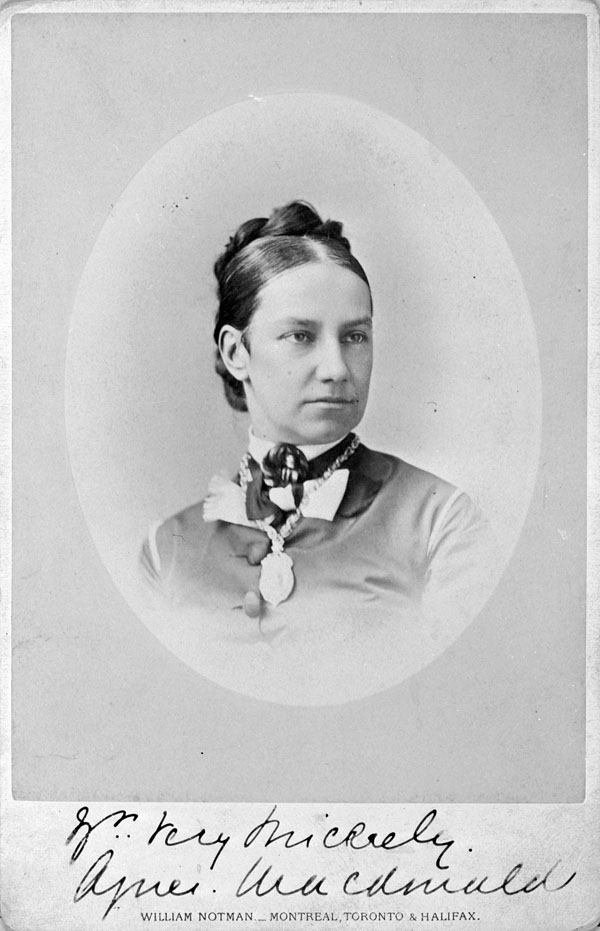 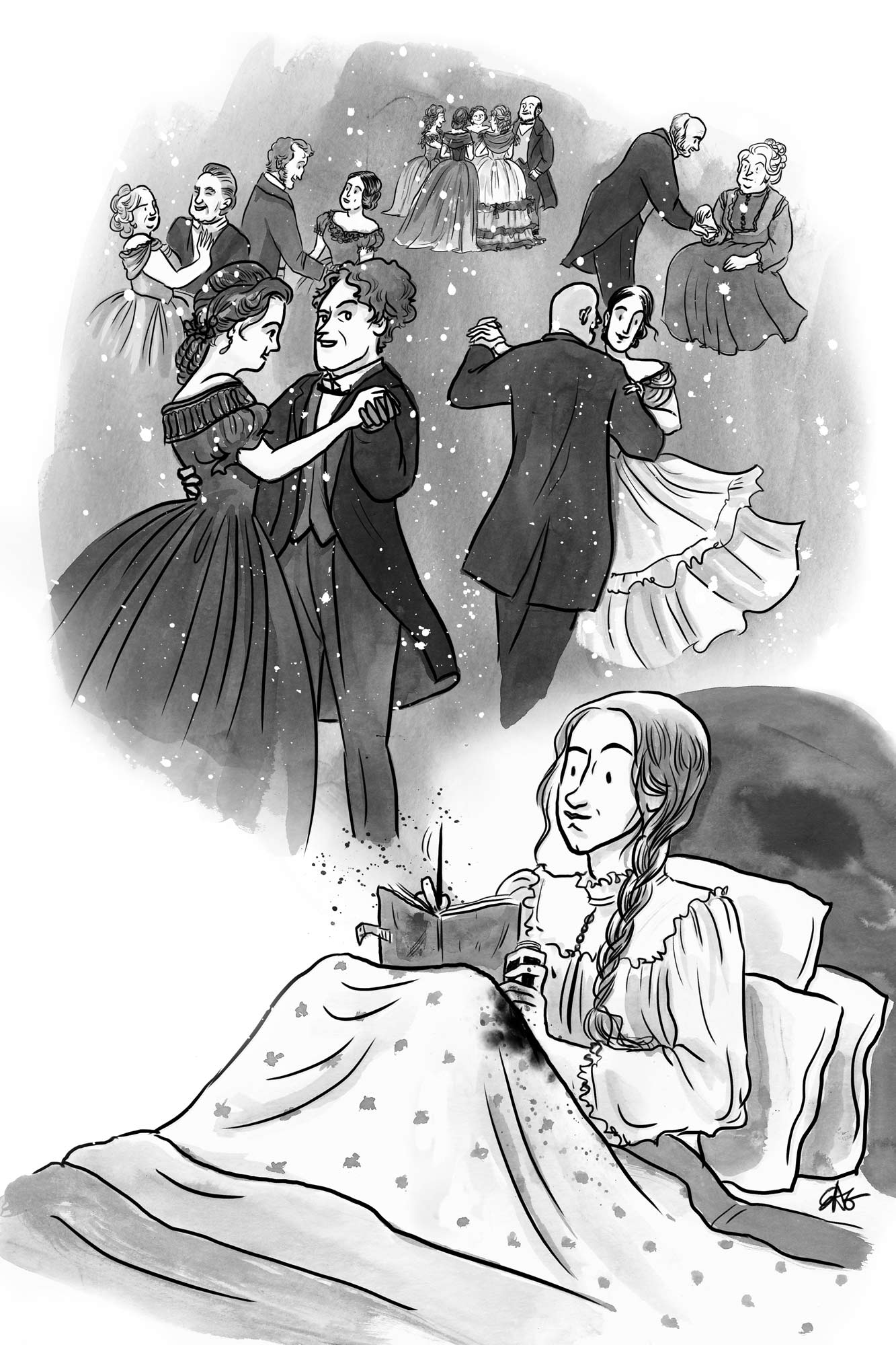