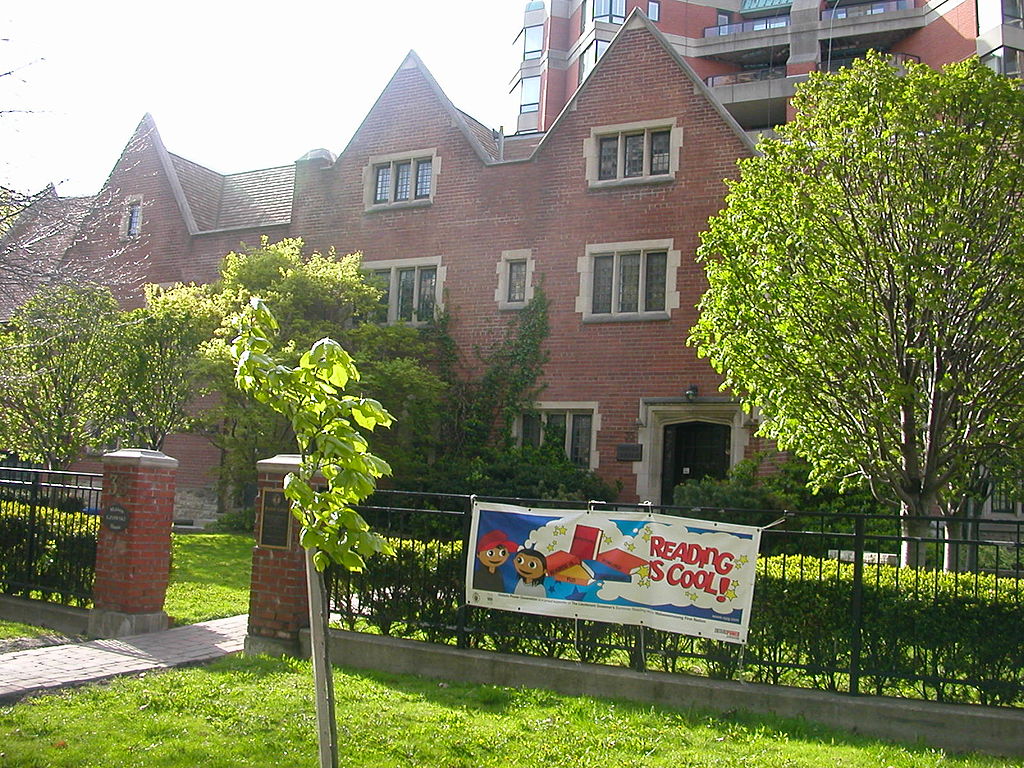 In 1899, Nova Scotian Presbyterian minister Alfred Fitzpatrick (1862-1936), who was inspired by the teachings of the Social Gospel, founded the Reading Camp Association — precursor to Frontier College — in northern Ontario. He wanted to make elementary-level education accessible to remote communities. The Association targeted tens of thousands of young men — mainly immigrants who spoke neither English nor French — who lived and worked in various logging camps, mining sites or railway developments (see Railway History). Labourer-Teachers travelled to remote areas and spent significant time working alongside bunkhouse men. In the evenings, Labourer-Teachers set up on-site reading tents, gathered together the workers who were interested in learning, and taught them how to read, write and do arithmetic. A number of prominent figures in Canadian history, such as Norman Bethune and Margaret Strang, were Labourer-Teachers in remote regions and participated in these reading camps.

The word frontier in the organization’s name is a reference to a “frontier college” in the sense of the Frontier thesis. This distinctly North American concept was popular in the interwar period and encompassed the specific reality of the various regions — i.e., remote areas, forest and mountain regions, river and lake areas — that were gradually inhabited by pioneers. Continuing the work of the Reading Camp Association, Frontier College took shape under this name in 1919. Within about 15 years, it had established itself in all remote regions of Canada, reaching British Columbia in 1932. This initiative, launched in English-speaking Canada, also spread to francophone areas. The first Labourer-Teachers in Québec were students from Université Laval and McGill University who travelled to Val d’Or, Sept-Îles, La Tuque and Gaspé in the summer and worked under the same conditions and for the same pay as their fellow workers.

Over the years, the efforts of the literacy organization spread to an increasing number of towns and cities. Frontier College extended its field educational programs to prisoners, factory workers, farmers, fishermen, agricultural workers (particularly those from Latin America), Aboriginal people and immigrants in urban areas. Its services became more diverse and continually adapted to new social demands placed on public elementary education and literacy.

Today, Frontier College is a national organization, with its head office located since 1986 at Gzowski House in Toronto. With a strong presence in Ontario and Québec, it also has a considerable number of employees in regional and provincial offices throughout Canada. It maintains its network of volunteers through programs at a number of Canadian universities. University students are now the organization’s main recruits for literacy programs and educational mentoring.

Nowadays, Frontier College volunteers run literacy programs primarily for immigrant and underprivileged communities. They do both individual and group tutoring with adults who want to learn how to read and write. They lead reading circles for children aged 7 to 12 and participate in homework assistance programs. They are also responsible for managing, recruiting and training new volunteers.

Frontier College is a modern charitable organization that relies significantly on philanthropy and social marketing. Its primary funding sources are the Government of Canada; the provincial governments of Ontario, Manitoba, Québec, Saskatchewan and Nova Scotia; the territorial governments of Yukon and Nunavut; the cities of Toronto and Winnipeg; and a number of municipalities in the Far North. Other contributors include banks and financial institutions, insurance companies, school boards, large parapublic organizations, businesses, foundations, universities, Aboriginal band councils, large central labour bodies (particularly teachers’ unions) and private individuals (who offer support through official and anonymous donations, sometimes in the form of bequests). Moreover, the work and expertise of the hundreds of volunteers who run its educational programs have contributed substantially to Frontier College since its beginnings.

In 1977, Frontier College was the first Canadian organization to receive a UNESCO Medal for its exemplary work in promoting literacy. On 24 September 1999, Canada Post issued a stamp commemorating the organization, bearing the words Frontier College, 1899-1999. Education for all.

History of Education in Canada