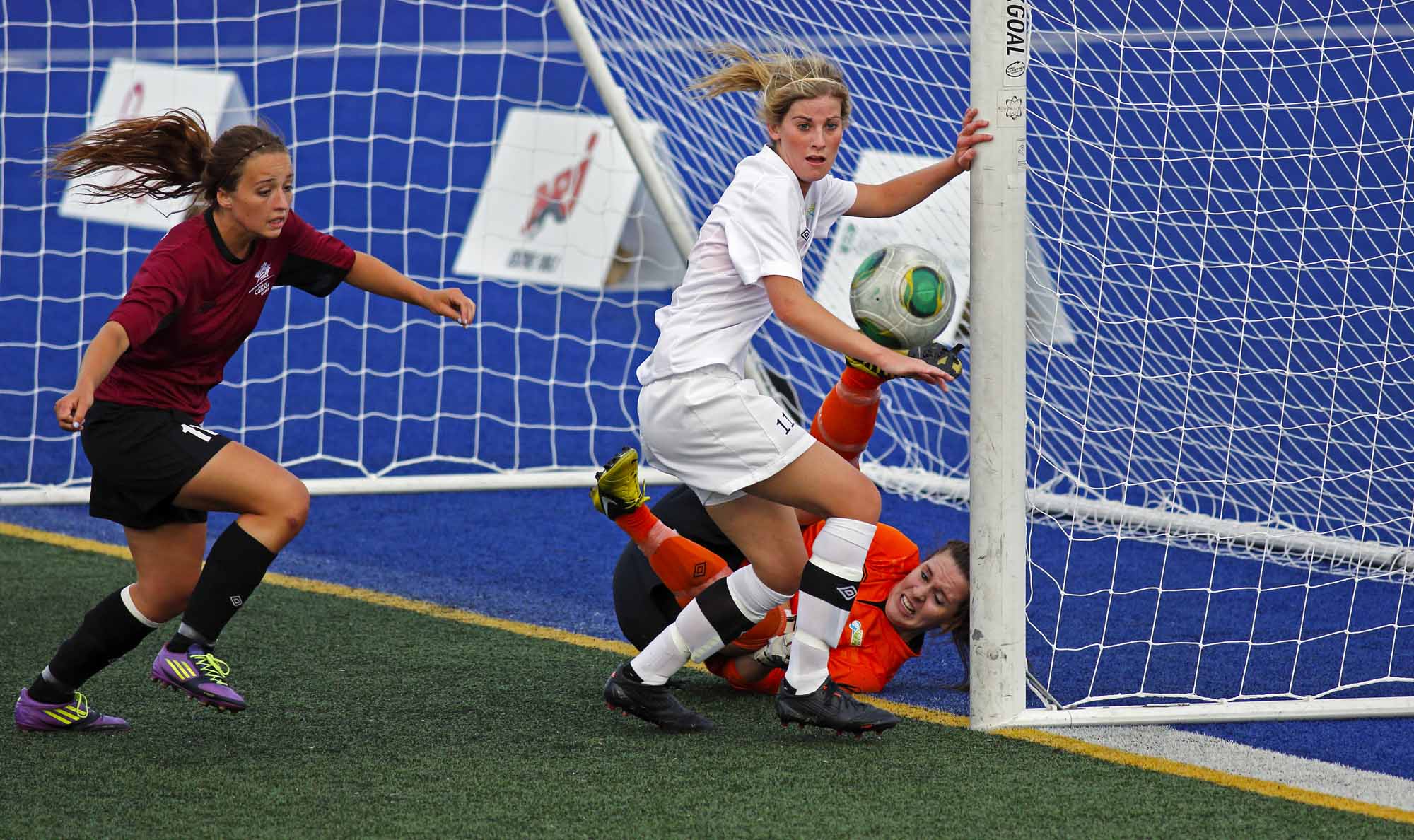 Alex Maltais of New Brunswick and Clare Casey and Nicole McInnis of Prince Edward Island compete in women's soccer at the Canada Games August 7, 2013 in Sherbrooke. Photo taken on: August 7, 2013

History of the Canada Games

The idea of the Canada Games was first suggested in 1924 by Norton Crow, secretary of the Amateur Athletic Union of Canada, but received little support. The idea often resurfaced in the next 25 years but each time met with lukewarm response. In 1962, the chairman of the National Advisory Council on Fitness and Amateur Sports once again suggested a sports festival. A Québec lawyer, André Marceau, took the initiative and, along with other sports authorities in Québec, set up a corporation of the top Canadian winter sports. On 30 May 1965, a financial agreement was signed and the first Canada Winter Games finally came into being.

In 1964, the Canadian Centennial Commission recommended that winter games be held in 1967 and the federal government endorsed the idea. Since then, summer and winter games have been held every four years. Their objectives are to encourage the development of first-rate sports facilities, to train as many young athletes as possible to international standards, to encourage competition in the provinces and territories, and to develop human resources from judges on up to director general of the Games' organizing groups. At the end of a Canada Games, the Centennial Cup is awarded to the province or territory that makes the greatest improvement from one Games to another.

To be chosen to compete in both the summer and winter Games, athletes must fulfil specific selection criteria: they must be 12–18 years at the time of competition, placed well in the required provincial qualifying tournaments, and be a member of the national team.

Canada at the Olympic Summer Games