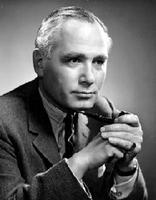 Godfrey Ridout, composer, teacher, writer, conductor (b at Toronto 6 May 1918; d there 24 Nov 1984). A student of Ettore Mazzoleni, Weldon Kilburn and J. Healey WILLAN, Ridout began teaching at the Toronto Conservatory of Music in 1940. At the Faculty of Music, University of Toronto, from 1948 until his retirement in 1982, he guided some of Canada's best-known musicians. He was music director (1949-58) of the Eaton Operatic Society in Toronto and was long associated with the Toronto Gilbert & Sullivan Society. His compositions, ranging from chamber music and symphonic pieces to scores for radio drama and film, are professional and tuneful. His interest in Healey Willan, the English Edwardian composers and in church music was shown in his works for voice and orchestra. Ridout contributed program notes for the TORONTO SYMPHONY from 1973-84, and even after his death the TSO continued to use his writings.