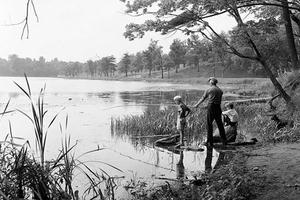 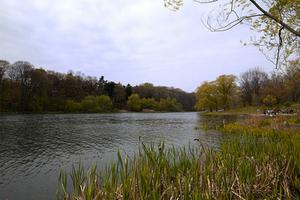 "Of all the World's Great Heroes, There's None that Can Compare"

Few youngsters growing up in the area of High Park have not heard the story of how Grenadier Pond was named for the British Grenadiers who, during the War of 1812, supposedly fell through the ice and drowned. The story has been enhanced by "The Ballad of Grenadier Pond." The story is not true, though the pond was likely named for the Fort York garrison not that far away. Nevertheless, the little body of water has had a busy history. It was a source of ice before refrigeration, and a place for fishing, skating, hockey, swimming, curling and boating--though for environmental reasons many of these activities have been curtailed.

Grenadier Pond used to be much larger than it is today (the surface catchment area was once 47.7 hectares compared to 24.5 hectares now, extending as far north as St Clair Avenue). As Toronto developed around it, the drainage system was diverted, resulting in a substantial drop in the volume of water. After 1947, approximately 4.45 hectares were filled to accommodate The Queensway's (Queensway Avenue) construction, destroying part of the large marsh that once rimmed the pond's southern end.

Efforts to reverse the damage to the pond began in the 1990s. The city renovated and expanded Wendigo Pond on the north end in 1999 to retain incoming storm water, allowing the sediments and contaminants to settle out. In the late 1990s the concrete curbs around the pond were removed, restoring the shoreline. Much of the naturalized shoreline is now well established, with a wide variety of bulrushes, sedges and wildflowers, improving the quality of the water and the fish habitat. 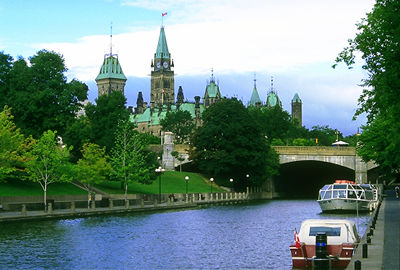