This article was originally published in Maclean’s magazine on December 18, 1995. Partner content is not updated. 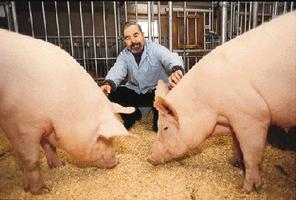 At times of high anxiety, Marie Pember takes a pill to help her get to sleep. A few years ago, it was a pill prescribed by her doctor - an addictive drug that made the 57-year-old sales consultant feel groggy and sluggish in the morning. Pember, who lives in the Vancouver suburb of Delta, stopped using it. She now takes melatonin, a naturally occurring hormone that is also available in pill form. Pember says that melatonin, which is non-addictive, gives her "a great night's sleep" and leaves her feeling "terrific" when she wakes up. But because of a recent federal ban on the substance, Pember, like thousands of other Canadians, is forced to buy her supply in the United States, where melatonin is freely available over the counter in health-food stores and pharmacies. "Everything I've read about melatonin says it is safe, and I think Canadians should have the freedom to choose," Pember insists. "This ban is stupid. All it means is that I drive 20 minutes to buy it across the border in Washington."

That frustration is fuelled not only by melatonin's proven ability to counter insomnia and jet lag, but also by an array of experts touting it as a wonder drug that can extend life and help to combat a wide variety of illnesses, including AIDS, cancer and epilepsy. An avalanche of recent publicity trumpeting such claims, which have split the medical community, has made the hormone a prized commodity on both sides of the border. In fact, a growing number of Canadians are violating the federal government's prohibition, seduced by melatonin's supposed rejuvenating powers. "It's selling like hotcakes," said a Toronto-area health-food store owner, who illegally stocks four brands of melatonin on his shelves. "I'm going to keep selling it as long as a distributor continues bringing it into the country."

The obscure and fascinating substance at the heart of the controversy is actually present in all life forms. In humans, melatonin is produced by the pineal gland, an organ about the size of a kernel of corn that is formed three weeks after conception and located at the centre of the brain. When the sun goes down at the end of each day, the gland boosts the body's melatonin levels, inducing a feeling of sleepiness - an effect which an increasing number of insomniacs are seeking to enhance by taking melatonin supplements. That same property, which researchers have demonstrated in several studies using human subjects, also makes melatonin a popular pill among airline workers and frequent flyers who experience jet lag. Ingesting melatonin at bedtime at a traveller's destination can help to reset the body's internal clock.

But much of the current hype swirling around melatonin stems from evidence that it may boost the immune system, improving the body's defence against viruses; some enthusiasts also claim that it protects cells from aging, radiation and pollution. Russell Reiter, a Texas neuroendocrinologist and author of Melatonin: Your Body's Natural Wonder Drug, says that the hormone's most important role is neutralizing free radicals - unstable molecules that oxidize healthy ones by pirating electrons from them. Scientists say that oxidizing molecules play a major role in diseases such as AIDS, rheumatoid arthritis and cancer. Free radicals also contribute to aging by undermining collagen proteins that support the skin, causing wrinkles and sagging jowls. While vitamins C and E are well-known fighters of oxidizing free radicals, Reiter says that melatonin is a much more powerful antioxidant. In 1993, Reiter co-authored a study on rats showing that melatonin shielded the animals' cells from safrole, a toxic substance that causes cancer by generating large amounts of free radicals. "I was awestruck by the potency of melatonin," Reiter says.

By most accounts, melatonin supplements are not harmful to humans even in large doses. But officials at Health Canada, the federal agency that regulates food and drugs, classified the hormone as a drug last year and made it illegal to sell in Canada until manufacturers undergo a year-long approval process to show that it is safe and effective. After melatonin hit the shelves of Canadian health food stores for the first time in significant volumes this fall, the agency issued a warning to retailers. If they continue to sell the product, they could face fines of up to $5,000 or three years in jail. Meanwhile, Health Canada officials say that it is legal for Canadians to bring melatonin across the border, or to obtain it abroad by mail order, but only in amounts that are suitable for personal use - no more than a 60-tablet bottle. In fact, many consumers are bringing melatonin in from the United States by the case, or asking friends and relatives south of the border to send them supplies. At the same time, some Canadian health-food stores are ignoring the ban, either stocking melatonin openly or selling it under the counter.

By contrast, melatonin is legal in the United States because it is classified as a dietary supplement. According to a 1994 law passed by Congress under pressure from the health-food industry, manufacturers do not have to prove that such supplements are safe before marketing them. Instead, the law places the onus on the U.S. Food and Drug Administration to prove that a product is unsafe. Last week, FDA spokesman Don Aird said that the agency has received no complaints about negative side-effects from melatonin and is not planning to challenge its status.

For their part, Health Canada officials say that they had no choice but to restrict melatonin because all hormones are automatically classified as drugs, and the substance's manufacturers are marketing it as a drug. The officials note that most of the studies suggesting that melatonin can extend life and fight serious illnesses were conducted on animal subjects and may not apply to humans. They also say there are no studies showing the long-term effects of melatonin supplements on humans. One key question: does prolonged consumption of melatonin supplements suppress the body's natural production of the hormone? Brian Gillespie, chief of Health Canada's drug evaluation division, also warns consumers against buying commercial melatonin because some of the brands may contain contaminants, or perhaps no melatonin at all. "I cannot vouch for the quality or purity of the products," says Gillespie.

His agency's ban has clearly divided experts. Dr. Colin Shapiro, director of Toronto Hospital's sleep and alertness clinic, is among those who supports the prohibition. Shapiro says that patients ask him for melatonin every day. While he remains unconvinced that it promotes longevity, he does prescribe the hormone to some patients because he says it helps them regulate their sleep. But before patients actually receive their supply, Shapiro, like any other doctor, must seek approval for each individual case from bureaucrats in Health Canada's emergency drug-release program. "It's a complicated exercise," says Shapiro, "but I think one has to regard melatonin with caution. Although I really don't believe that it will turn out to be a thalidomide-type problem, who is to say that it won't. There might be some big unforeseen problem because nobody did the right tests."

But others are far more bullish on melatonin. George Bubenik, a physician and associate professor of biological sciences at Ontario's University of Guelph, has studied melatonin for more than 20 years and says that the federal ban is unjustified. He calls melatonin "one of the safest compounds in existence," and says that he takes a dose of 10 mg - three to four times as much as the average name-brand tablet - whenever he needs to recover from jet lag or late-night working sessions. At the same time, Bubenik says that people with severe allergies or autoimmune diseases such as arthritis should not take melatonin because it could aggravate their condition. He also notes that melatonin shows promise as a female contraceptive, and that women trying to conceive should avoid it.

But beyond those cautions, Bubenik's own studies suggest a wide variety of positive effects. Among them: melatonin may slow the advance of cancer, aging and combat epilepsy. In a study completed last year using pigs with ulcers, Bubenik cured one-third of his animal subjects by adding a small amount of melatonin to their diet. Preliminary results from another study show that melatonin slowed the multiplication of cancerous cells in test-tube experiments on human colon tissue. And in a landmark 1977 study, Bubenik induced epileptic seizures in cats - and stopped them within 10 minutes by injecting the animals with melatonin. Some specialists in Europe are now using the hormone to treat epilepsy in humans. "This compound has profound effects, but more research is required," says Bubenik. On that score, government regulators and most consumers would agree.