Few inventions have left as profound a mark on the world as the automobile. The first automobiles built in Canada were regarded as novelties, but the Canadian automotive industry eventually expanded to become one of the country’s significant manufacturing and exporting sectors. Assembly-line production helped reduce the cost of automobiles and made it possible for more individuals to purchase them. The rise of the automobile has impacted travel and it has necessitated research and regulations into pollution, safety standards and sustainability (see Transportation; Traffic Law in Canada).

Few inventions have left as profound a mark on the world as the automobile. The first automobiles built in Canada were regarded as novelties, but the Canadian automotive industry eventually expanded to become one of the country’s significant manufacturing and exporting sectors. Assembly-line production helped reduce the cost of automobiles and made it possible for more individuals to purchase them. The rise of the automobile has impacted travel and it has necessitated research and regulations into pollution, safety standards and sustainability (see Transportation; Traffic Law in Canada).

The first Canadian automobile, a steam buggy built by Henry Seth Taylor in 1867, was regarded as a novelty. Similarly, the Fossmobile, which was constructed by George Foote Foss in 1897 was never mass-produced. The single-cylinder vehicles that were imported from the United States in 1898 were equally rare.

Father Georges-Antoine Belcourt of Rustico, PEI, imported the Ware Steam Carriage from New Jersey in December 1866. Marking the 150th anniversary of this event in 2016, the PEI legislature recognized it as the first automobile owned in Canada.

Early automobiles were primarily used by the wealthy for racing and amusement in the late 19th and early 20th centuries (see Automobile Racing; Automobile Associations). Although these vehicles had engines, they truly were "horseless carriages" - little more than lightweight buggies with motive power. They were unreliable, expensive and sometimes dangerous. The earliest automobiles were hand-made and sometimes built to order. Ransom Olds conceived the idea of interchangeable components, which made assembly-line production possible. This helped reduce costs and made the automobile more readily available to customers for whom the price of vehicles had previously been too high.

As automobile sales increased throughout the 20th century, so did production. Detroit, Michigan, became the automotive centre of the world. Nearby Windsor, Ontario — and Southern Ontario — also prospered due to their proximity to Detroit. With the establishment of Ford Motor Company of Canada, Ltd. in 1904, Canada’s automotive industry expanded. By 1913 there were some 50,000 motor vehicles in Canada. Between 1918 and 1923, Canada became the world's second largest vehicle producer and a major exporter of automobiles and auto parts.

In the 21st century, the automobile industry remains important for the Canadian economy. It is Canada’s largest manufacturing sector and its second-largest exporting industry ( see Exports in Canada). In 2011, 76 per cent of Canadian-made cars were exported. In 2019, motor vehicles represented $54 billion in exports, 9 per cent of Canada’s total exported goods.

While Canada exports many of the vehicles it manufactures, it has one of the world's highest ratios of automobiles to inhabitants and Canada is often regarded as automobile dependent. As of 2019, the number of registered motor vehicles in Canada was recorded at 35.7 million. Light motor vehicles, including passenger cars, light trucks and vans accounted for approximately two-thirds of the registrations.

Automobiles have impacted how people travel. They have allowed people to live farther from work and consequently have had a profound effect on urban design. Automobiles created a need for more streets, highways and freeways (see Transportation). They soon spawned service stations, garages, insurance underwriters and numerous other types of services (see Gasoline Stations). Today the automobile, together with its suppliers, infrastructure and supporting industries, represents an important component of the economy, notably the construction industry. Transport consumes about half of all the petroleum used in Canada, and automobiles take half of that quantity - as much as all the other modes of transport combined.

The enormous impact of the automobile has not been without costs. Roads, highways and freeways require land that might otherwise be used for housing, parks or agriculture (see Roads and Highways). Concern over the loss of land to the automobile has led to pressures by environmental groups. Their pressures have resulted in the cancellation of plans to build the Spadina Expressway in Toronto and plans to expand highways in national parks in the West. (See also Environmental Movement in Canada.) However, it is often the poor planning and use of lands for roadways that is the real problem. For example, traffic congestion due to inadequate roads results in higher levels of vehicle emissions. In 2019, the transport sector accounted for 25 per cent of greenhouse gas emissions in Canada. 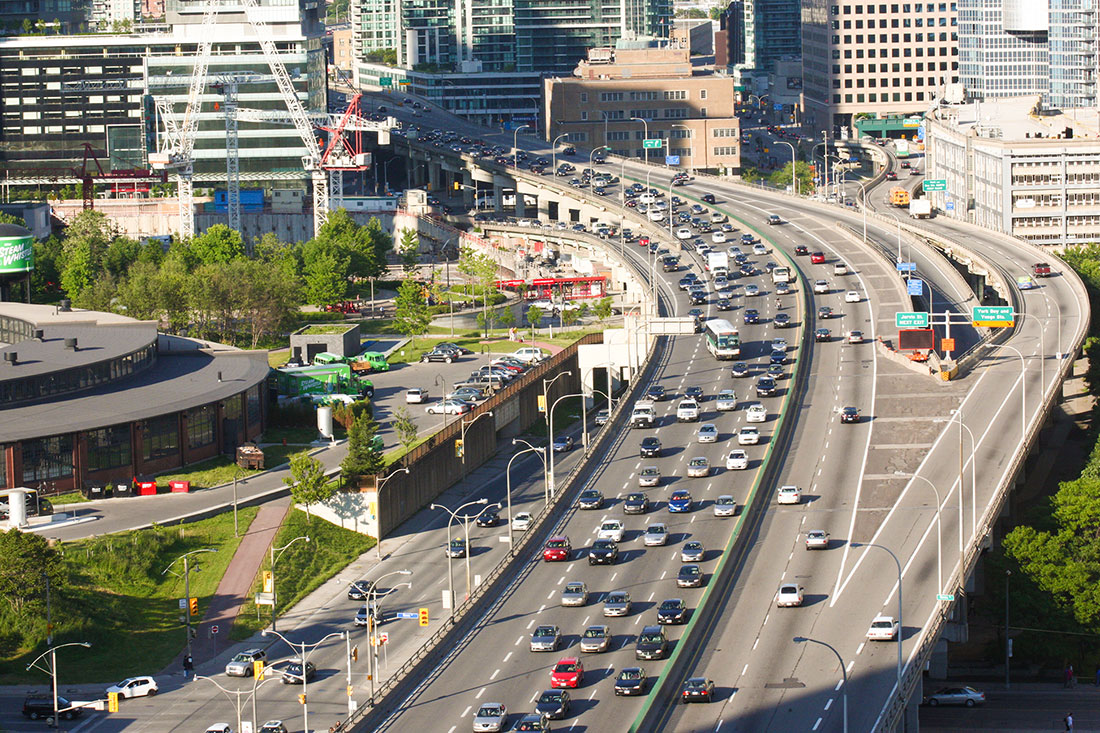 Each year Canadian cars produce millions of tonnes of carbon dioxide, carbon monoxide, various particulates and other types of gas. These gases contribute to the smog that plagues many Canadian communities and contributes to global warming (see Air Pollution; Pollution; Global Warming Crisis; Climate Change). Researchers and environmentalists have been seeking solutions for these issues for decades.

The first auto emission controls were established in the 1970s, and since then the release of toxic substances into the air by cars has decreased. Automobile fuel no longer contains lead and emission control equipment is now mandatory. National air quality standards were established by the Canadian Environmental Protection Act (CEPA), which was first enacted in 1988 and amended in 1999, with CEPA 1999 coming into force on 31 Mar 2000 (see Environmental Law). It is the primary federal statute dealing with the environment. The main objective of environmental legislation is to reduce air pollution in by developing and regulating emission performance standards for vehicles, engines and equipment manufactured in Canada and imported into the country. The CEPA provides for the adoption of emission regulations from other countries, including those in the United States. This approach allows harmonized products in North America and combined environmental and economic benefits.

Federal initiatives to curb vehicle emissions include Transport Canada's ecoTECHNOLOGY for Vehicles Program. This program was designed to educate Canadians about advanced environmental vehicle technologies and their benefits. The program was also aimed to help consumers make informed decisions about purchasing cleaner vehicles. Advanced technologies will be significant in helping the automotive industry reduce greenhouse gas emissions from light duty vehicles in Canada. In 2005 the Government of Canada and the Canadian auto industry agreed to a Memorandum of Understanding (MOU), which set an annual 5.3 megatonne (Mt) reduction target for greenhouse gas emissions by 2010.

Motor vehicle accidents are one of the leading causes of death among Canadians. The first seat belt legislation in Canada was passed in 1988. All provinces have passed legislation that makes the use of seat belts and child restraint systems compulsory. In the 1990s, motor vehicle safety features began to include air bags. Although safety legislation and initiatives have been met with skepticism and generated much debate, surveys of their efficacy have shown significant reductions in death and injury through their proper use. The introduction of air bags in light duty vehicles prompted an extensive survey that showed that between 1990 and 2000, seat belts saved a total of 11,690 lives and air bags saved 313, according to Transport Canada. The number of traffic fatalities across the country decreased from 4,283 in 1987 to 2,889 in 2006. (See also Traffic Law in Canada; Impaired Driving.)

Today, most Canadians drive automobiles that are powered by gasoline or diesel fuel. Hybrid vehicles, which use a combination of electricity and gasoline, are becoming more popular. Some vehicles are powered by propane, liquified natural gas and other petroleum products, but their availability is limited in some areas. 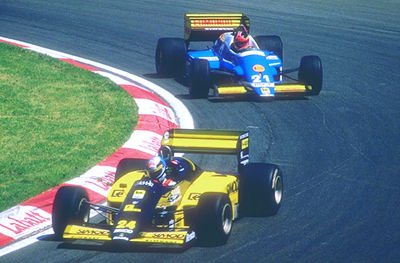 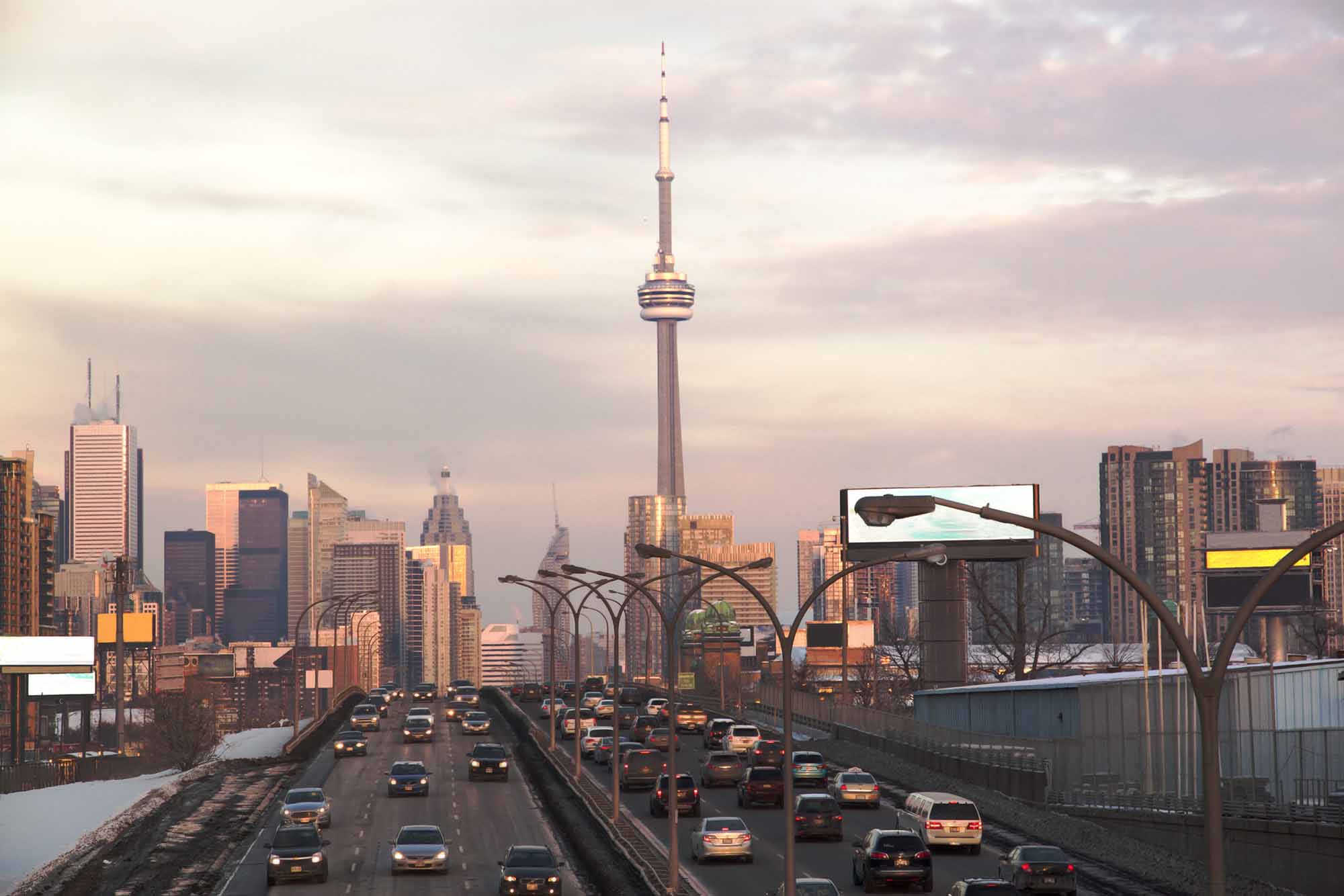