​In the mid-20th century, Québec City had a very high profile in the international media. Its geostrategic importance increased with the outbreak of the Second World War, in which Canada participated very actively. The St. Lawrence River became the theatre of many Navy operations including troop transport, convoys to Britain, submarine attacks, seaplanes landing offshore from the city for the Conferences of 1943 and 1944, and transportation of prisoners. 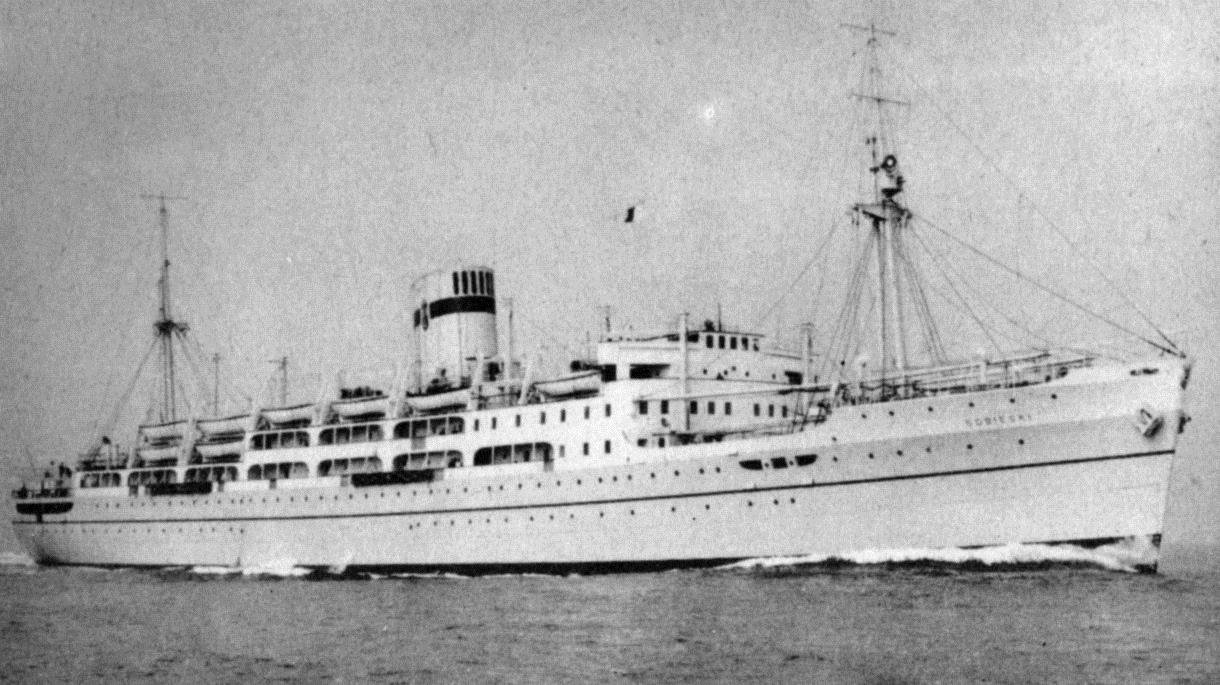 An excerpt from the logbook of the Jeffy Jan II recording the arrival of the MS Sobieski prison ship on 15 July 1940.
PreviousNext

On 15 July 1940, an unusual vessel docked at the Port of Québec, and a crowd gathered to greet the new arrival. The small craft used for patrolling and transportation on the St. Lawrence River at Québec City, the Jeffy Jan II — rechristened HMC Harbour Craft 54 by the young Canadian Navy during the war — was sent to surveil the ship and its sensitive cargo and passengers. The vessel in question was the prison ship MS Sobieski.

War on the Home Front

Prison ships have existed since the late 18th century. As the name suggests, the idea was to transform a ship into a floating prison. In the 1930s, the rise of fascism and anti-Semitism made life unbearable for the Jewish minority living in Europe. Many Jews fled to the United Kingdom, the United States or Canada, although Canada’s prejudiced immigration policies meant that fewer than 5,000 Jewish refugees were admitted between 1933 and 1945 (see also: MS St. Louis; Canada and the Holocaust). Arriving in these countries, they were treated with suspicion, especially during the war. It was feared that they were really Nazis in disguise who had come to lay the groundwork for an invasion. Because of those fears, most of the refugees were placed in internment camps. About 8,000 of the internees — not only Jews, but also Germans, Austrians and Italians — were sent to “the colonies” (Australia and Canada) in prison ships. 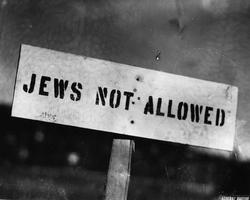 Four of these ships, crowded with prisoners, sailed for Canada in June and July of 1940. The first, the Duchess of York, arrived at Québec City without difficulty, but the second, the Arandora Star, was not so fortunate. It left Liverpool on 1 July 1940, bound for Canada, but was torpedoed the next day by the German submarine U-47 and sank off the coast of Ireland, taking more than 600 people with it, including half the crew. Next came the MS Ettrick, in whose holds the prisoners were literally crammed together. The Sobieski was the last to sail from England, leaving for Québec on 4 July. Jews and Nazis were forced into close proximity, and tensions ran high:

“It wasn’t the submarines we were worried about. It was the danger from the people we were with.” The refugees feared being thrown overboard or that the ship would be commandeered by the Nazis and re-routed to Germany.

Although the voyage passed without incident — the Sobieski docked at Québec City on 15 July 1940 — the prisoners encountered hostility on their arrival. The soldiers who met the ship had their bayonets fixed and were ready to charge at any moment. They were expecting Nazi combatants whose arrogance they would have to break down while escorting them to Camp L, a prison camp constructed on the Plains of Abraham. Instead, emerging from the ship were ordinary people, including old men, teachers, priests, teenagers and tradesmen. There were a few Nazis, but most of the prisoners were Jewish or Italian refugees who had fled their countries of origin, where they had faced persecution. As soon as they appeared, they were shoved and insulted and had objects thrown at them by the crowd of civilians that had gathered. Their belongings were confiscated. The prisoners could not believe what was happening.

Camp L was a prisoner of war camp in Québec City during the Second World War. It was located on the Cove Fields, at the exact spot where the well-known Festival d’été de Québec is now held every summer. Originally constructed as military barracks, it was requisitioned by the British government to house prisoners sent to Canada. Although many refugees transported on the prison ships were interned at Camp L, it stayed open for only three months. During that time, 793 civilians — the majority of them Jews — and about 90 prisoners of war (military personnel) were held there. The prisoners from the Ettrick were interned there, while the ones from the Sobieski were put on a train and sent to Camp T in Trois-Rivières as soon as they arrived in Québec City. 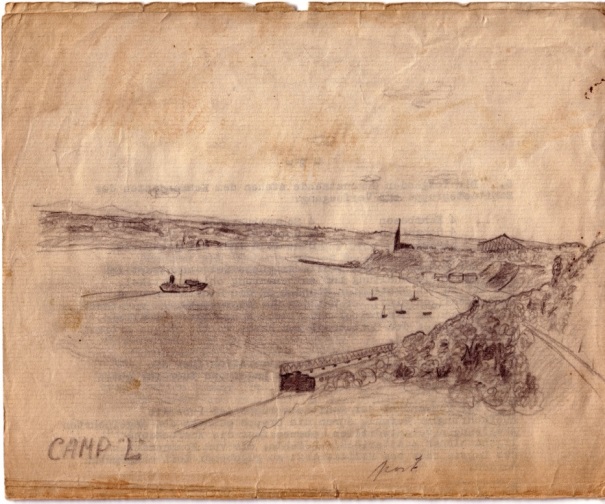 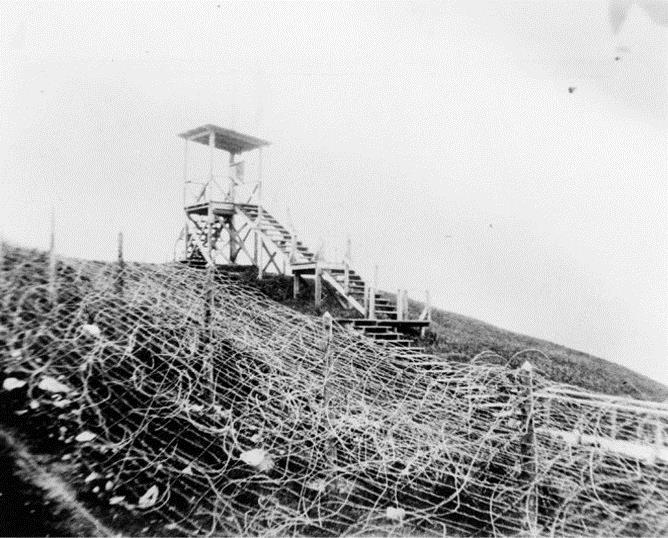 Many prisoners considered the situation absurd. They had no sympathy with the totalitarian regimes that had caused them to flee their countries, yet now they were being treated like enemies. Among them was Prince Frederick of Prussia, whose uncle was none other than the Earl of Athlone, the governor general of Canada! Uncle and nephew were a few dozen yards apart but living in two different worlds: one in the luxurious surroundings of the Citadelle (the governor general’s residence in Québec City), the other in a prison camp.

To pass the time, the prisoners organized concerts, drew, wrote and opened canteens. Life went on.

The MS Sobieski was different from previous prison ships: it was carrying much more than prisoners and was part of the top-secret Operation FISH. The prisoners on board had no idea they were travelling with part of the largest fortune ever transported by sea. More than £450 million in gold and financial securities had been discreetly loaded onto five ships, including the Sobieski, to be spirited out of the United Kingdom (about $67 billion in current dollars). The British authorities evacuated this wealth for the same reason they had sent the refugees overseas: to protect the country from the aftermath of a German invasion. The money would give Britain the means to pursue the war, even if the country fell to the Nazis, and it was feared that the prisoners would revolt if the Germans invaded. The British treasure, once unloaded, was transported to Montréal for storage. There, it was divided into two parts: the gold was sent to the Bank of Canada in Ottawa, and the financial securities were placed in the sub-basement of the Sun Life Insurance Company building. Like the prisoners on the Sobieski, who did not know about the precious cargo, the 5,000 Sun Life employees were never told about the fortune that lay beneath their feet. 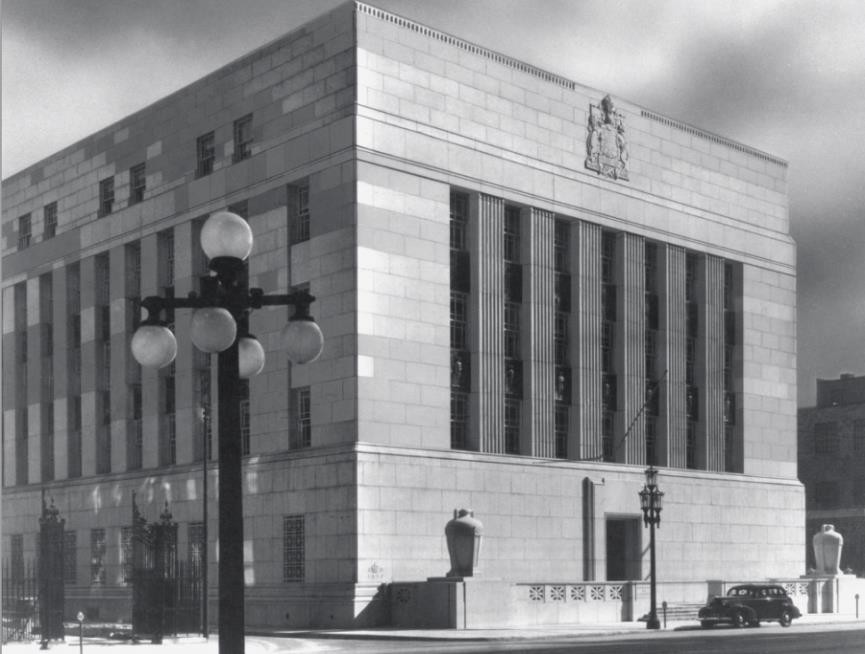 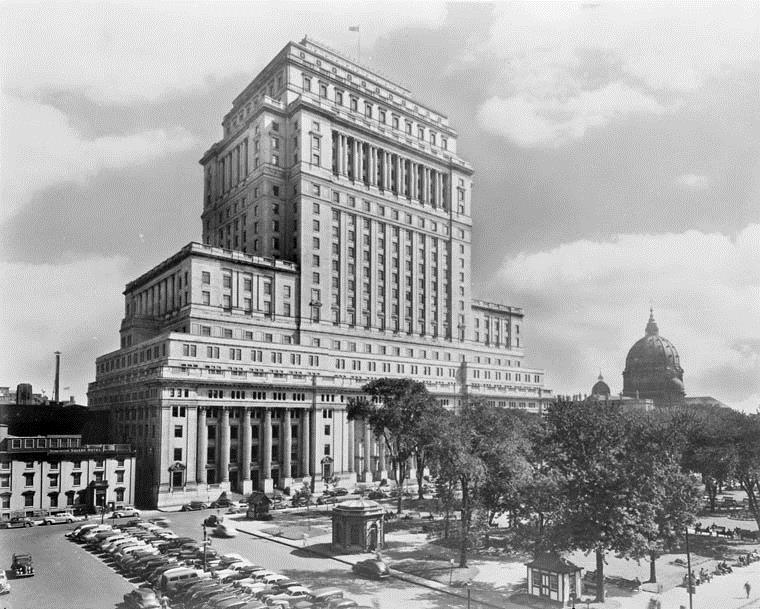 Other nations also wanted to protect their valuables in Canada as the British government had done. Poland loaded its national treasures into MS Batory, which sailed with the Sobieski as part of the convoy for Operation FISH, to protect them from the Germans during the occupation of Poland. Flemish tapestries commissioned by King Sigismund Augustus in the 16th century, a medieval sword used in the coronations of the kings of Poland, sacred relics, ancient manuscripts and even a few original scores of compositions by Chopin were sent to Canada by the Polish government exiled in London. The artifacts, commonly known as the Wawel treasures because they had been kept in Wawel Castle in Poland, remained in Canada for more than 20 years. Part of this priceless collection was preserved in what was then called the Musée de la province and is now the Musée national des beaux-arts du Québec. New photographs of the collection by the famous photographer Yousuf Karsh were published for the first time in Life and Maclean’s magazines in December 1953.

The End of the Nightmare 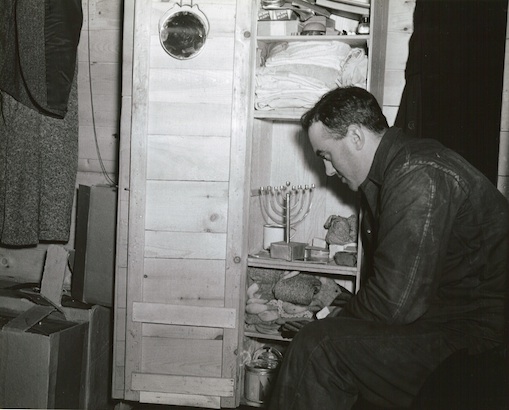 A Jewish internee sitting beside his cupboard made out of packing cases, location unknown, c. 1940\u201343.
After the torpedoing of the SS Arandora Star killed hundreds of civilians travelling aboard the ship, the British government was vehemently criticized. The disaster shocked the public. There were widespread accusations that the authorities had been poorly prepared, and the blame was placed squarely on Winston Churchill’s government. The media coverage was blistering, and Churchill was forced to admit that interning Jewish refugees had been a mistake. Gradually, after persistent campaigning by internees and their advocates, the prisoners were released. In March 1941, most of those interned in the United Kingdom were freed, but the last detainees in Canada were not released until 1943. Ironically, after their release, some of them enlisted in the military and fought for the Allies. In the end, they proved themselves to be among Hitler’s fiercest opponents.
×
Suggest an Edit