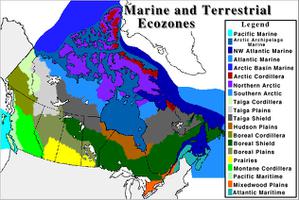 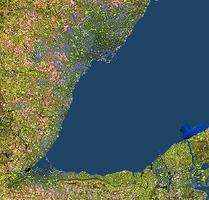 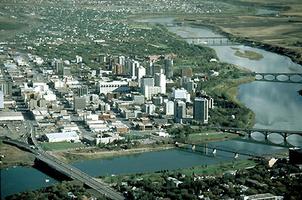 Saskatoon is the regional centre for the northern prairies and for central and northern Saskatchewan (photo courtesy Saskatoon City Hall). \n
PreviousNext

The core of geography deals with the description and analysis of physical and environmental phenomena and their interrelationships, and with the changing patterns of human POPULATIONS and their activities as they affect Earth. As history interprets temporal sequences, so geography interprets spatial sequences and associations.

Geography is divided into numerous subfields with varying emphases. PHYSICAL GEOGRAPHY describes and analyses the distribution and process relationships among elements in the physical environment, eg, landforms, CLIMATE, VEGETATION, SOILS and drainage. Some of its major subfields are GEOMORPHOLOGY, CLIMATOLOGY, HYDROLOGY and BIOGEOGRAPHY.

Human geography places more emphasis on people and is concerned with the reasons for the location of human activities, and the implications of those activities for social well-being and the quality of life. Some of its subfields are social, cultural, historical, economic, political and urban geography. Geography also serves as a crucial link between the physical and SOCIAL SCIENCES, particularly in terms of environmental studies. The discipline is taught both "topically," ie, as subfields (geomorphology, economic geography, etc) and "regionally," ie, by studying the interactions of patterns and processes within defined regions or localities.

Development as a Discipline

Geography is one of the oldest disciplines, originating with Greek scholars over 2000 years ago [geo, "earth"; graphos, "to write"]. The concepts of modern geography were developed in Germany in the last half of the 19th century, and the subject was well known in France and Britain early in the 20th century. Geography was mainly an academic discipline in most countries until about 1940. The application of knowledge about the world's human and physical environments and resources became much more significant during WWII, and applied geography became more of a career possibility after 1945. Much of the philosophy and methods of modern geography came to Canada through Canadians trained in geography departments in American and British universities during the 1950s and 1960s. Other geographers came from Germany and France, the Netherlands and Scandinavia.

The term "geographer" was used as an occupational category by provincial and federal governments before 1940, usually when referring to a person engaged in map production (seeCARTOGRAPHY) and often trained in drafting or SURVEYING. The federal government engaged its first professional geographer, J. Lewis Robinson, in 1943, and geographers were carrying on studies in RESOURCE USE and planning in most provincial governments by the early 1950s.

The Canadian Association of Geographers was formed in 1951 when about 50 geographers, mainly from Ontario and Québec, met at McGill University in Montréal. The first president was Donald PUTNAM of U of T. The association, which now has over 1000 members, publishes 2 quarterly periodicals, The Canadian Geographer and The CAG Newsletter/Bulletin. Geographical societies, which are not strictly professional organizations but are open to the public, operate in some parts of Canada. The oldest is the Société de géographie de Québec (founded 1877); the largest is the Royal Canadian Geographical Society (1929), which publishes the popular magazine CANADIAN GEOGRAPHIC.

Geographers are employed in an increasingly diverse range of occupations. For many students, geography is still part of a general education which permits them to become involved in matters such as people's use of the natural environment and natural-resource analysis, or to study about people and their activities in cities or in local regions. Many students, however, continue into fields such as urban and regional planning, environmental studies, architecture, law, business and commerce, public administration and teaching. By the mid-1970s increasing numbers of geography students were finding employment in government and industry in such growing fields as retail marketing, ENVIRONMENTAL IMPACT ASSESSMENT, local economic development and industrial location. Others work where their technical skills, for example, reading spacial data and in the design, preparation and reading of maps, are useful, and where knowledge of GIS and statistical methods, are required.

Canadian universities grant over 200 master's degrees in geography each year. Most of these geographers become lecturers in community colleges; planners, research scientists and administrators in consulting firms and governments; or applied geographers in business and industry. Doctoral degrees in geography are awarded each year to about 45 people, about half of whom become university professors.