Prior to the arrival of Europeans, the ​Wolastoqiyik (also known as Welastekwewiyik or Maliseet ) were the primary inhabitants of the Fredericton area. During the summer, they lived in villages along the Saint John River , living off bass, sturgeon , salmon and wild roots and berries. The Wolastoqiyik  also planted corn, harvesting it at the end of summer before their migratory winter hunt. During the colder months, the group travelled throughout New Brunswick, Maine and the Gaspé Peninsula in search of moose and bear. Birch tree bark was central to Wolastoqiyik culture, as they used it to cover wigwams and make canoes.

The strategic advantages of Fredericton — then known as St. Anne’s Point — were first developed in 1691 by then-governor of Acadia Joseph Robinau de Villebon. The Governor wanted to establish the capital of Acadia at the mouth of the Nashwaak River. The site provided deepwater anchorage for ships entering the region, and it could be defended more easily from the attacks of the British or New Englanders than a location closer to the Bay of Fundy.

Yet by 1698, de Villebon had abandoned Fort Nashwaak. Though secure in wartime, in times of peace the site was too isolated from the main routes of trade, commerce and communication to do well economically.

Following the Treaty of Utrecht (1713), the British took control of Nova Scotia, prompting many Acadians to again settle in the St. Anne area. However, their settlement didn’t last long: in the fall of 1758, Colonel Robert Monkton led British forces along the Saint John River, destroying the Acadian settlements in their path.

As the American Revolution came to a close in 1783, British presence in the area increased as Loyalists settled at St. Anne’s Point. Their new home was renamed “Fredericstown” after Prince Frederick, second son of King George III. The town became capital of the new province of New Brunswick, and the centrepiece of Loyalist society.

In 1794, a Loyalist, Judge Isaac Allen, bought Ekwpahak from the Wolastoqiyik for £2,000. The Wolastoqiyik  only received £750 of that deal, as £500 was given to a priest to move the Wolastoqiyik to a different location, and the remaining money was given to them in merchandise. The  Wolastoqiyik eventually moved to Kingsclear, southwest of present-day Fredericton. As the British continued to encroach on their territory, the Wolastoqiyik  were increasingly forced to abandon their traditional way of life. Agriculture, sawmills and lumbering drove game away, making the winter hunt difficult. Unknown epidemics also took their toll on the community. Two other reserves were eventually established in the Fredericton area: St. Mary’s in 1867 and Oromocto in 1895. 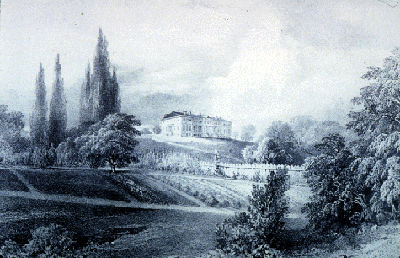 King's College in Fredericton, NB, like many early universities, was set in an idealized rural setting. It is now part of the University of New Brunswick.

Fredericton developed much as its founders had hoped. In addition to its role as provincial capital, it became the shire town of York County (1785). Substantial pieces of land on the town map were set aside for government, the military, a university and an Anglican church. King's College — now the University of New Brunswick (UNB) — received its royal charter in 1828 and expanded with the construction of Sir Howard Douglas Hall that same year. UNB is Canada’s oldest English-speaking university; the Sir Howard Douglas Hall building is now a National Historic Site.

Fa\u00e7ade of the famous church in Fredericton, New Brunswick.

The Christ Church Cathedral was built from 1846 to 1853. Once completed, the church helped elevate Fredericton to city status in 1848.

In time, modifications were made to the Loyalists’ vision for the city. King’s College was reorganized into the non-denominational University of New Brunswick in 1859, as Methodists and other nonconformists from Saint John and all corners of the province assailed Fredericton and its Anglican establishment.

The British garrison left in 1869, shortly after Confederation, by which time Irish immigrants, Presbyterians and Catholics had altered the demographic and religious base. Lumbering, and to a lesser extent agriculture, plus Fredericton’s role as a point of transshipment between the lower and upper Saint John River, brought prosperity throughout the century. 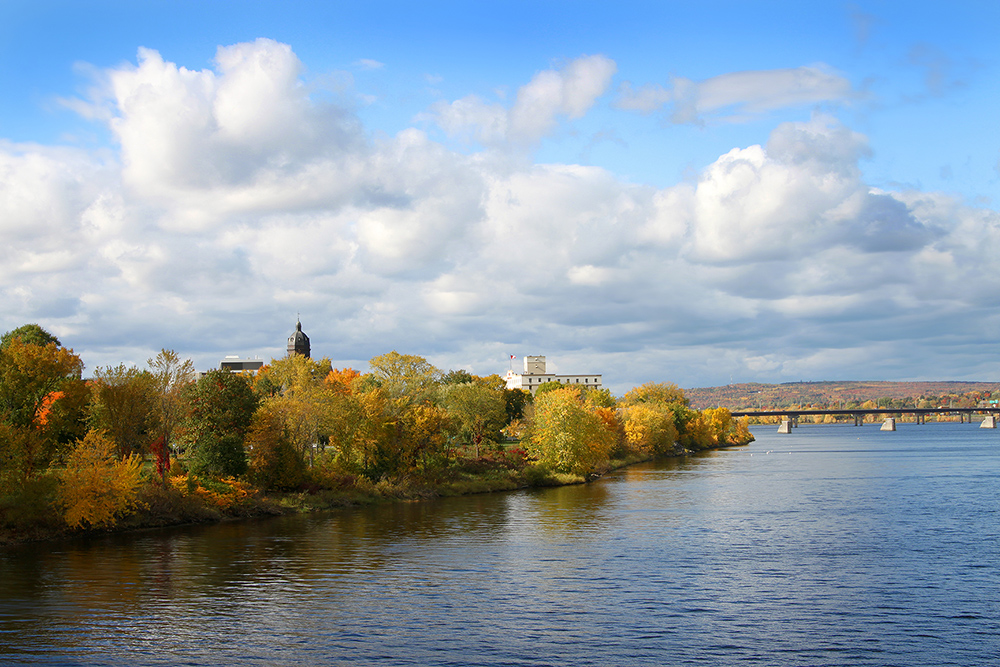 A different kind of society emerged on the north side of the river during the 19th century. In 1862, Alexander “Boss” Gibson began the construction of his industrial empire at Marysville with a lumber mill on the Nashwaak. Before he was done, he had constructed one of the largest cotton mills in Canada and an entire community to go with it. He built brick row houses for his workers, detached homes for management, a boarding house, a company store, a magnificent Methodist church and a railway to Chatham, New Brunswick.

Though Gibson was forced to sell out in 1908 under pressure from a central Canadian cotton consortium that he refused to join, the mill limped on until 1973, and Marysville added another industrial working-class community to the area. Now known as Marysville Place, the old cotton mill is one of Fredericton’s more noteworthy buildings, forming the centrepiece of a national historic district.

In the downtown core, on the south side of the river, are a number of other historically significant buildings: City Hall, the Legislative Assembly, Wilmot United Church, York County Gaol, the Justice Building, the Soldiers’ Barracks and Officers’ Quarters, Christ Church Cathedral and Old Government House. Some of the existing residential housing dates back to the beginning of the Loyalist period in the late 1700s. This is particularly true of the eastern section of the old town.

New Brunswick is a bilingual province, and about 23.2 per cent of those living in its capital city are bilingual.

The two major employers in the Greater Fredericton Region are Gagetown CFB and the provincial government; these are followed by the Dr. Everett Chalmers Regional Hospital, the federal government and the University of New Brunswick.

The city is working to become a centre for information technologies and telecommunications, in part by utilizing its bilingual workforce. The University of New Brunswick, NB Tel, the provincial government and private entrepreneurs have combined to strengthen and nurture growth in cybersecurity, big data, avionics and GPS.

Due to factors including low-density settlement patterns, most New Brunswickers rely on driving their own vehicles to commute to work. Those without cars primarily travel between cities via Maritime Bus. Fredericton’s bus station is located downtown, and buses depart a few times per day to Saint John, Moncton, Nova Scotia and Québec. Acadian Lines used to perform the same service, but after several labour disputes and financial pitfalls, the private company folded in 2012.

University students and others without cars rely on bikes, walking, and Fredericton Transit to get around the city. All flights depart and arrive through the Fredericton International Airport, which is located in the neighbouring community of Lincoln. There is no train service into or out of Fredericton.

Fredericton’s newspaper is the Brunswick News-owned Daily Gleaner. People also get their news from traditional sources like the CBC and the Globe and Mail. For alternative news sources, people turn to Grid City, NB Media Co-op, satire publication the Manatee, campus radio station CHSR and campus newspapers the Brunswickan (out of the University of New Brunswick) and the Aquinian (out of St. Thomas University). 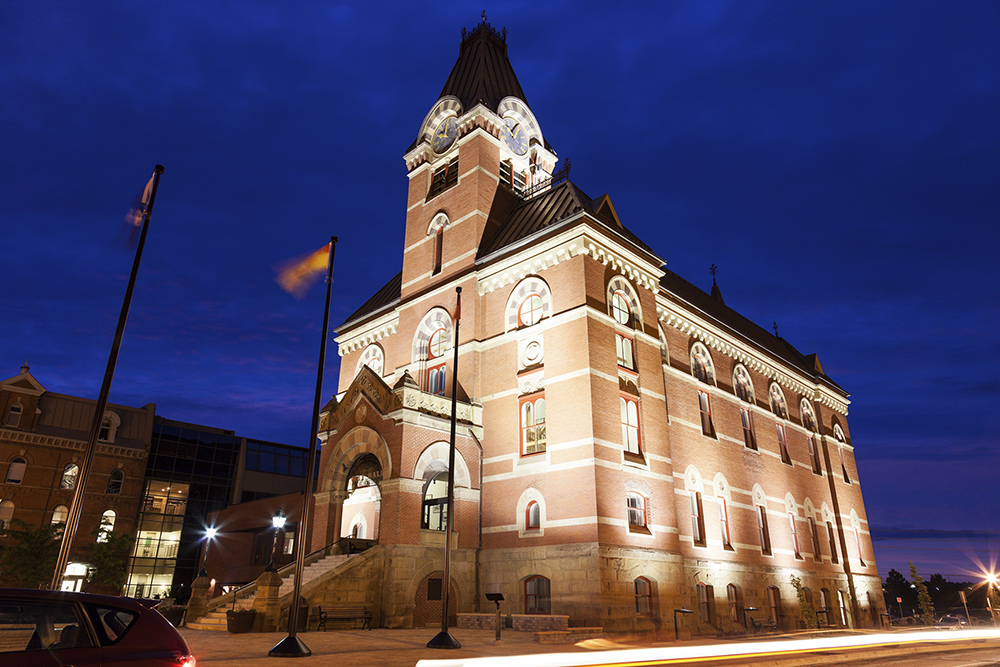 Fredericton’s municipal government is comprised of a mayor and 12 city councillors. The mayor is voted in by the city at large, and councillors are voted on by ward. Each member of council serves for a four-year term, at the end of which an election is held.

Fredericton has long been home to a rich music and arts scene which is nurtured by the city’s four post-secondary schools (the University of New Brunswick, St. Thomas University, New Brunswick College of Craft and Design, and New Brunswick Community College). Many homegrown bands are influenced by the Celtic roots of their families, and most nights of the week, locals turn up to the Capital Complex to take in a live show. Bands like Grand Theft Bus, Motherhood and Laps are frequent and well-loved acts throughout the year. In the summertime, the Shifty Bits Cult puts on the Shifty Bits Circus music festival, and in September, artists and music lovers from across the Maritimes congregate downtown for the Harvest Jazz and Blues Festival, one of the city’s most well-loved events.

The New Brunswick College of Craft and Design is located downtown as well, and local artists’ wares can be sought at the Fredericton Boyce Farmers Market, where people line up for samosas, meat and cheese, fresh juice, and brunch on Saturday mornings.

Theatre New Brunswick, the province’s only professional English-language theatre, is based out of the Playhouse but also performs throughout the province. The Beaverbrook Art Gallery has in its permanent collection many works of Atlantic Canadian and other Canadian and British artists. Throughout the fall and winter, the University of New Brunswick’s Red Bombers football team and Varsity Reds hockey and basketball teams are the main source of entertainment for sports fans.